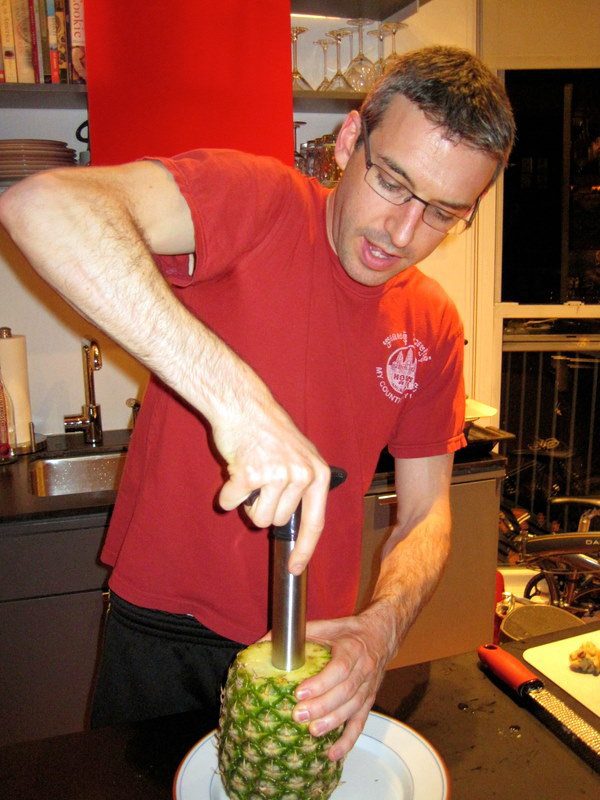 Eric stabbed the tube into the fruit!

We interrupt your regularly-scheduled travel blog to bring you an extremely important update on pineapple-eating technology.

“You HAVE to see this,” declared my cousin Eric the moment I entered his Manhattan apartment on my jaunt to New York last week.

“What is it??” I gasped in anticipation, expecting something as miraculous as a pet unicorn, given my cousin’s worshipful tone.

Eric reached into a kitchen drawer and withdrew… a gleaming silver rod with a curved blade at the bottom. “Ta da!” he sang.

“Ta da!” he belted out again, this time holding aloft a ripe pineapple. 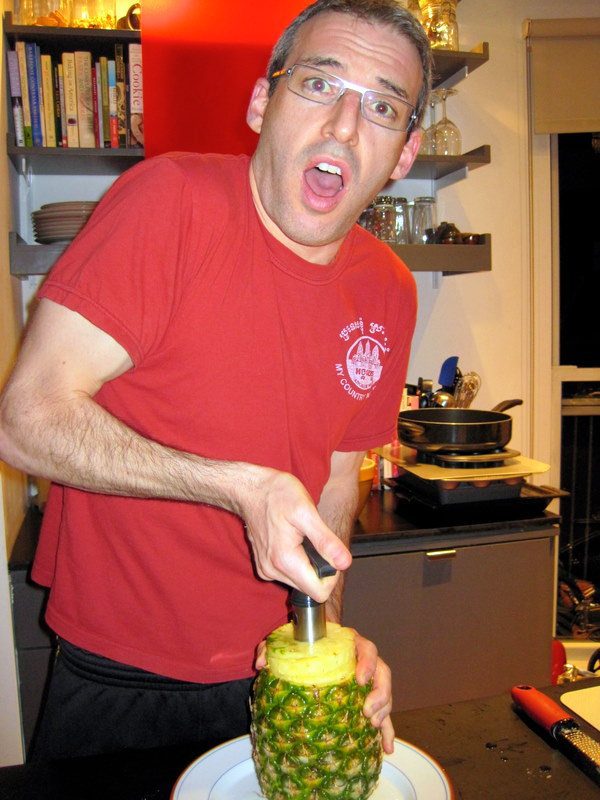 After twisting the rod, Eric pulled…

Eric raised a knife and slashed off the head of the pineapple.

Without a pause, my cousin then stabbed the circular end of the mystery tool into the brains of the fruit.

“Twist! Twist! Twist!” went the tube as Eric’s wrist pushed it into the juicy heart of the innocent pineapple until it hit rock bottom: the cutting board.

Then all of a sudden, my dear cousin looked up with a gleam in his eye.

“Check this out,” he growled, and suddenly began to pull upward. 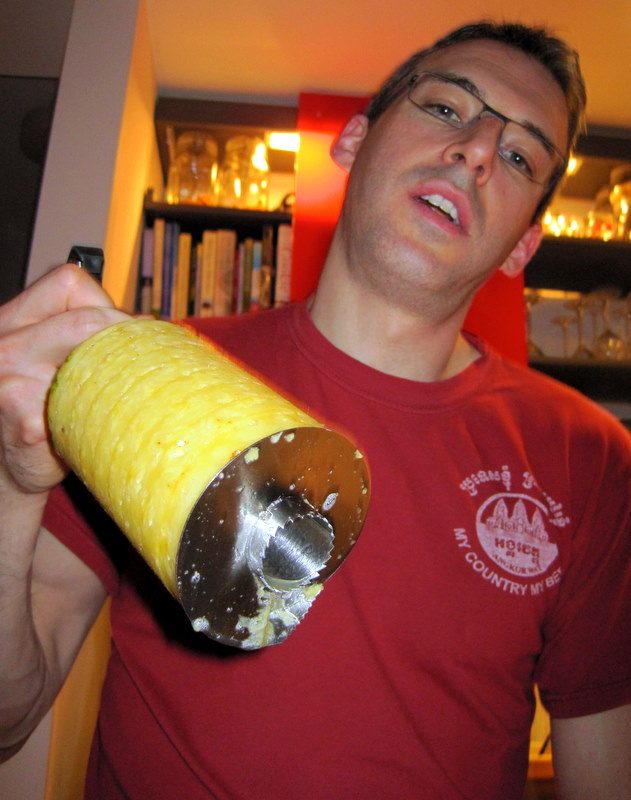 …and the entire center slid out!

Heavens to Betsy! The entire core of the pineapple began to slide up and out of its rough shell like an inquisitive turtle with an ungodly fat neck!

And then it was utterly freed. The entire center of the pineapple sat atop the juicy round blade: naked, unleashed, and raw.

That silver thing was almost indecent in its ruthless technological efficiency.

But the show had not concluded!

Look carefully at the photo to the left and examine the metal blade at the bottom of the rod. Given the instrument’s shape, can you visualize the magic that occurred as it slid through the pineapple flesh?

This borders on a high school mathematical concepts test question. 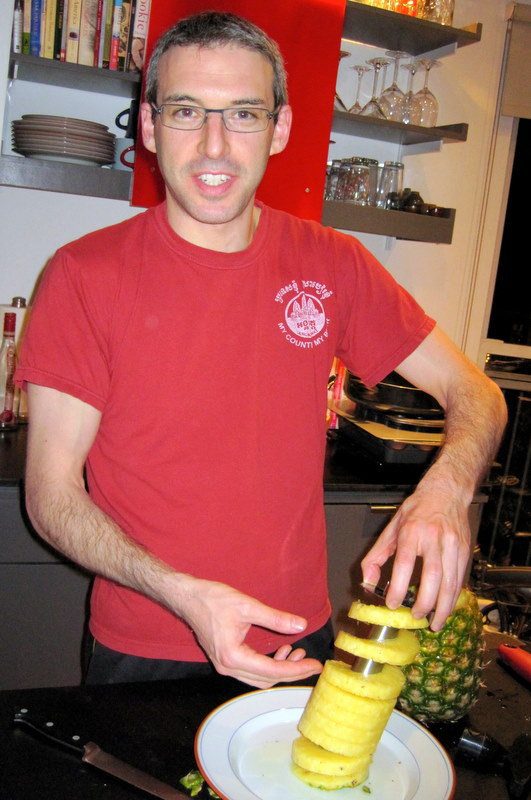 The coolest pineapple cut ever!

Can you predict what happened when Eric screwed off the blade and let the pineapple relax into its new formation?

Check out the photo to the left to reveal the answer, and imagine my thrilled face as I realized: the pineapple flesh was now carved in a perfect spiral!!

After I finished shrieking in delight, Eric deftly yanked out the tube and sliced a knife merely twice through the golden fruit.

Instantly, a hundred perfectly bite-sized pineapple chunks tumbled upon the waiting plate… and then straight into our hands and hungry mouths!

Did I mention how much I adore my cousin?

Hmm, that seems useful, though what happens when it gets dulls? Can you sharpen it?

That is so very kind of Eric to do that. Is he just as tall as you?

This is right up there with the silver rod that you stick into the top of a coconut to access the juice... Who needs a machete? Not this girl!

Were can I get a tool like that? My parents love pineapple.

Scroll down in the comments to see the link to an online place you can buy it. It may be pricey, though!

I've got to admit that's pretty cool. Although I don't like Pineapples.