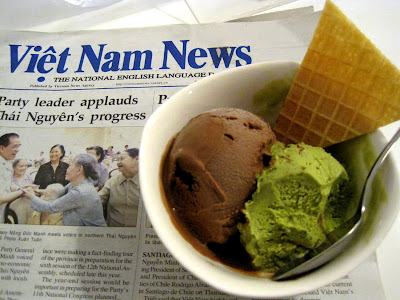 I’ll admit it: when I was in Japan for those ten days in August, I didn’t get it. Everything was so quiet… so mercilessly efficient and effective… so… helpful! The fact that the trains were on time to the MILLISECOND made my free-spirited soul panic.

And yet, I am now starting to get it.

Sitting in Saigon’s hottest new cafe, the Japanese-run “Ministry of Food” (“MOF”), I gazed at my green tea and red bean ice cream (with chocolate gelato hugging it for Italian pizazz), and realized that for the first time since I’d hit Southeast Asia, I felt like everything around me was utterly in control. The immaculately clean, beautiful cafe had some sort of calming feng shui magic going on, and the Japanese waitresses glided from table to table, filling any water glass more than a dash depleted, asking with a smile if the customer wanted anything else. 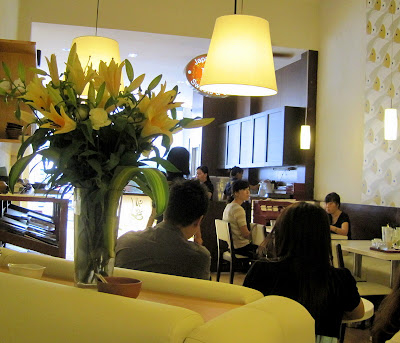 A month ago, I uneasily remarked on the Japanese passion for a job well done– on the genuine love in Japan for making the customer happy. Finally, after the thrilling but so-often stressful swirl of Thailand, Cambodia, and Vietnam, I am starting to appreciate how fabulous Japanese culture is.

It pays to visit Japan before the rest of Asia. In addition to highlighting those fun cultural contrasts, visiting Japan first helps because Japan’s influence in Asia (from temples to battle to companies) is huge. Moreover, due to holiday schedules, there are currently more Japanese tourists in Vietnam and Cambodia than Western ones. I have really grown to love the passion, glee, and thirst for new information that I’ve seen in Japanese fellow travelers! 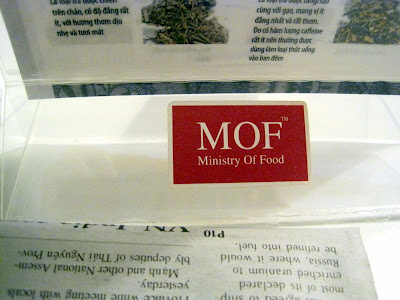 Pause for a quick contrast. In Japan, my friend Yuki explained while we waited at the curb, that even if there is absolutely NO traffic on a street, you do NOT cross the street until the light changes and gives you official permission. In Japan, she explained; there are specific rules, and the system is a space-age machine that runs beautifully because everyone follows those rules. BOOM– contrast! In Thailand, Cambodia, and (ooohohoho yes) Vietnam, you better RUN across that street, because crosslights and crosswalks are basically nonexistent, and even if they appear, the motorcycles and cars will zip right on through the road (and sidewalk!!) and nearly rip off your clothes. RUN! RUN! Pray you make it to the curb!!!

It can be a sticky, sticky thing to generalize about cultures, and naturally there are endless exceptions to any sum statement. That said, I am slowly realizing that cultures actually ARE different… and it’s great! Without cultural contrasts, it just wouldn’t be as scrumptious to be an American eating Italian ice cream in a Japanese cafe in Vietnam. Yum! :)

I loved this post. I was in Japan three years ago and I'm planning my next trip now. I loved the beauty of the country, the warmth of the people, and the amazing history present everywhere. Most of all,I loved the Japanese culture. I took pictures of a bicycle "parking lot" outside of a train station in Osaka. Not one bike had a lock on it because no one would dream of taking something that didn't belong to him. Very young (primary aged) children traveled alone on trains from city to city safely. If you asked for directions, people would often walk you to your destination. It was my favorite trip ever, and I am really looking forward to the return trip.

Wow! Is Japan really that amazing? I would totally like to visit one day. (:

I'm curious which parts stood out to you as most amazing!