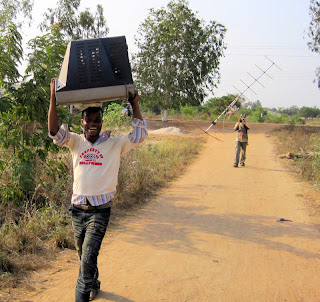 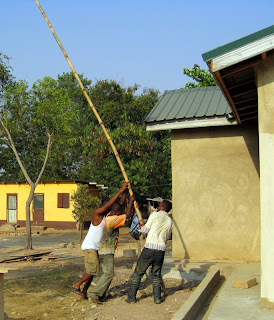 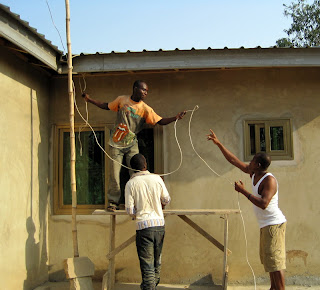 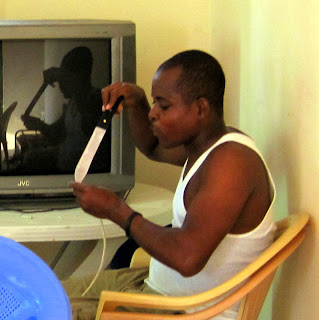 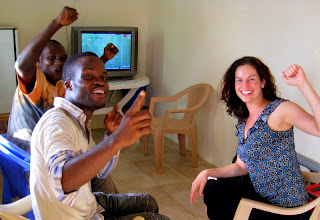 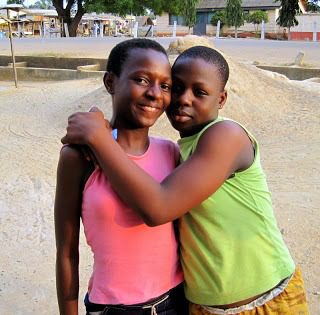 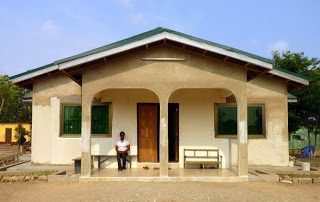 It must be so exhausting carrying a t.v. for 20 minutes on top of your head! It it crazy to see how much strength and determination that man must have.

Wow! this is very amazing and impressive. They know what they're doing, very careful with it too. They must have had a lot of practice with it.

Wow that must be a hard process carrying and putting up the TV. Very impressive.

Really impressive work from the people in Ghana, and makes me want to try to lift a TV on my shoulders but I will probably fail to lift it. Dangerous stuff there with fixing the TV with knifes but luckily no one got hurt in the process and you were able to watch the soccer game.

It's really amazing to me that someone was able to carry the television on their head for 20 minutes. The fact that you have to walk to get items across places without a car is really interesting. I also loved the fact that John used a foot-long butcher knife to turn on the television. Even though it seems dangerous I would like to try that myself!