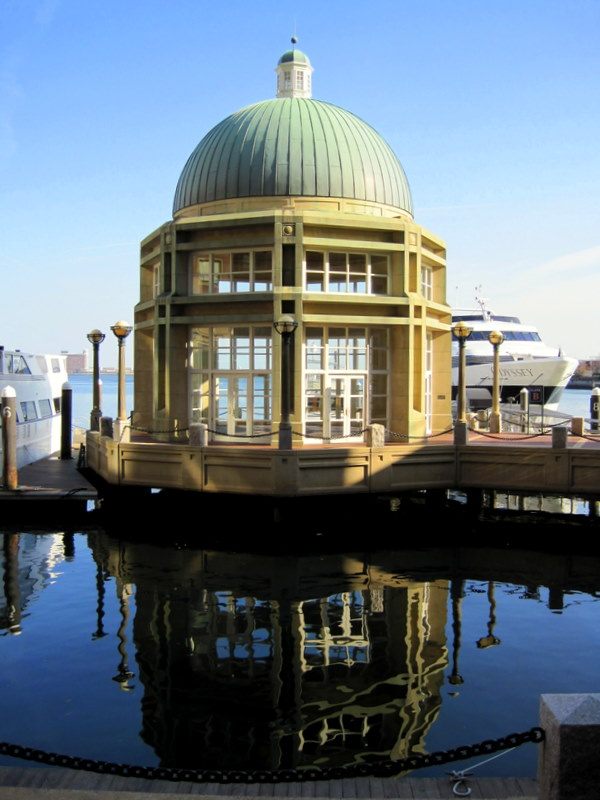 What magic, the advancements that have occurred within the past few years in our “Developed” country! I’m astounded at the changes that have taken place in the United States within my lifetime.

We in America like to prance around and declare ourselves “Developed,” while we proclaim poorer countries “Developing” or “Less Developed.”

But terms like “The Developed World” make us seem fixed, finished, and all set. In fact, no, we sure aren’t! From year to year, innovations are revolutionizing our cities’ appearance and functioning.

Let’s take two cases in point: the WaterFire effect in Providence, Rhode Island, and the miracle of the Big Dig in Boston, Massachusetts.

When I moved to Providence for college in 1999, the town was atwitter with the changes that had revolutionized the city. First, the “Providence Renaissance” city planners ripped up concrete all along the city to uncover… a beautiful watery canal stretching along the main roads! This canal was to become the centerpiece of the redevelopment of the city. The developers created a culminating round pool for the water, ending right at the base of a towering new mall they built: shiny Providence Place Mall. 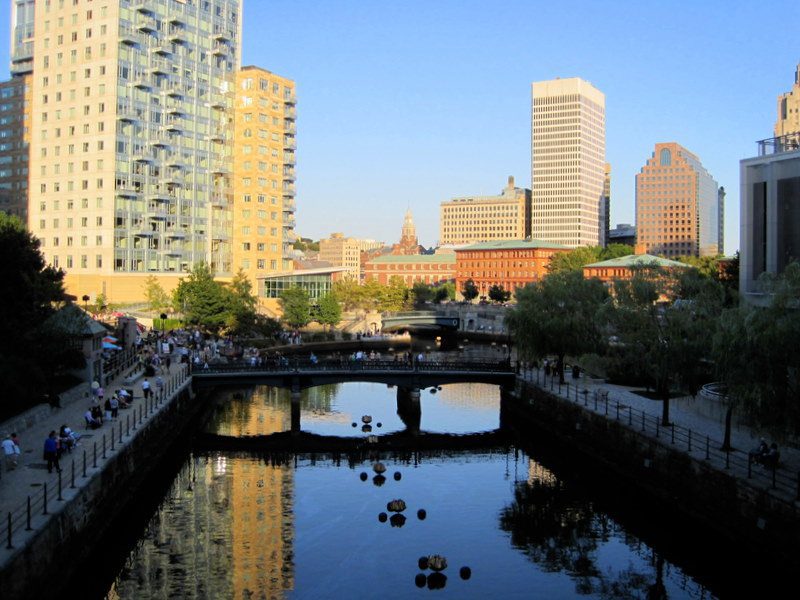 Providence’s now-open canal, with the mini-fireplaces!

Then this is where it gets really crazy: someone (a creative, somewhat kooky artist) decided to… light the water on fire. And thus WaterFire was born.

Basically, the city installed mini fireplaces all along the canal, and every Saturday during warm months, sends gondolas along the water to light them with fragrant cedar wood.

During WaterFire, dramatic music plays in the background, street vendors sell fried dough and kettle corn (mmm…), and stalls, restaurants, and the mall alike beckon the dollars of locals and visitors. Never seen Waterfire? You must. It’s amazing, and just a 55-minute Commuter Rail ride from Boston!

Though Providence still has its share of troubles, stop for a moment and take this in: Just a little over a decade ago, Providence was considered a dead city that wasn’t worth a second glance. Now people come for miles around to frolic and shop around the fire-lit waterway which, only a few years ago, was useless and invisible, choked under layers of concrete! Oh, and that elegant luxury condo high rise in the photo to the upper right? That didn’t exist during my college years. Amazing transformation has taken place in Providence.

2. How Boston’s Big Dig is a Miracle I want to Kiss Every Day. 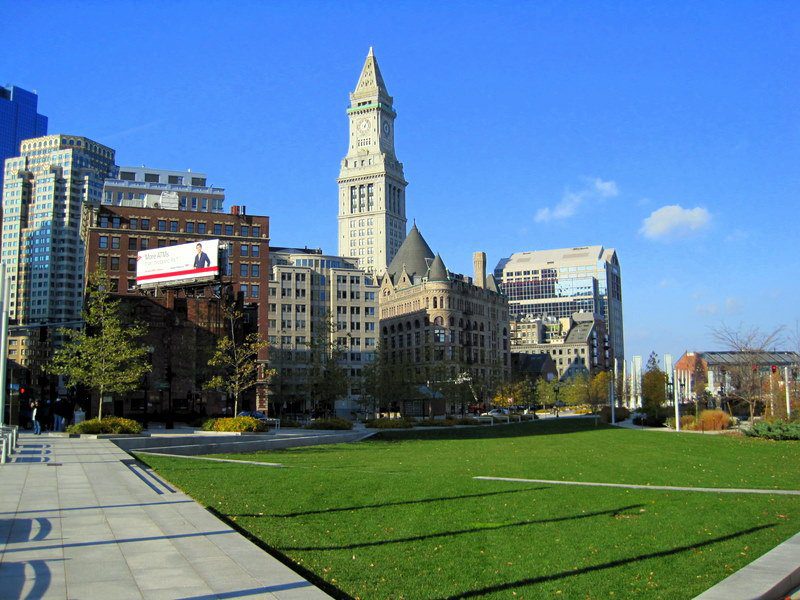 This beautiful green park used to be a terrible elevated highway?!

People groan incessantly about how expensive and lengthy Boston’s Big Dig was, but do we really get what it did? If we really understood the miracle it is, we’d be kissing it every day.

Basically, from the middle of the 1900s until just a few years ago (decades and decades!), there was a giant, disgustingly traffic-filled elevated highway smashing through the middle of downtown Boston! This highway was so loud, smelly, and scary, that (as I learned on the wonderful Context Tour of the Big Dig), buildings in Boston began to “turn away” from it, eliminating windows which faced the eyesore.

The tragedy of this was the following: Boston, once a proud ocean-loving city which was built by ocean trade, began to “turn away” from the ocean! The Central Artery was like a knife cutting us from our history… and from the beautiful sea views we used to have! 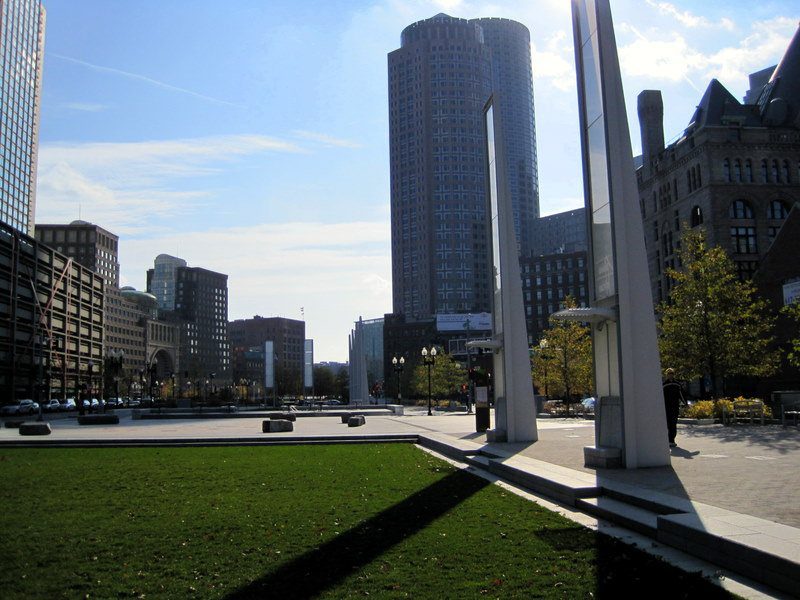 So what did the Big Dig do? It took down those tons and tons of repellant metal highway chunks and created a highway under the earth! I mean, that’s nuts. NUTS! The math, science and coordination involved in that positively boggles the mind.

Thank you, Big Dig, because you reunited Boston with her mother, the Sea! And we now have a delicious green park stretching through the city, through which we can cross from downtown to the fancy new HarborWalk!

So there you have it: We may have running water and reliable electricity (well, until the heavy snow pulls down the power lines like last week) in this here “Developed World,” but America is by no means “Developed” in the sense of being finished. How exciting that wherever we are in the world we get to witness growth, evolution, and progress! 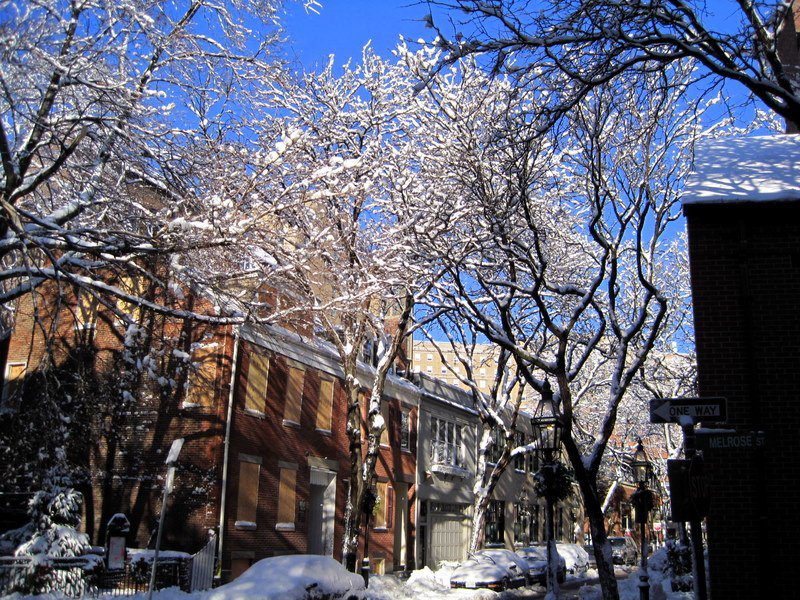 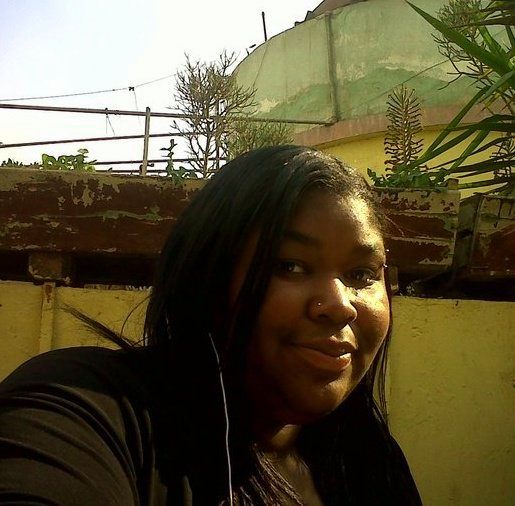 I started vacationing in Providence a few years ago and when I finally decided to move out of NY, I went straight for Providence. WaterFire is a great event that has really brought the city together. As a musician, it's helped reinvigorate PVD's music scene, which is thriving now thanks to cool clubs and helpful radio and internet music outlets. There are still issues to work out, high unemployment being one, but the city has great potential to overcome anything.

Providence is so great!

The green park that was the elevated highway is called the Rose Kennedy Greenway. It holds many events during the summer. You should go and check it out. Farther down the park are fountains and many kids go there and play. I think adults are welcome too. ^.^ I just hope they don't put anymore ramps to the highway in the Back Bay or Copley.

Wow, I didn't know that fire and water could even go together! Also, my dad told me a story about the Big Dig when i was younger, but I forget it now.

The open-canal in Providence looks like something they have in Korea. In Korea people can actualty like go in and play in the water. Where was I when all this highway was being removed!! That's a nice park. It's more eco-friendly.

I can say by far America has some wonderful places to visit. Boston is one of my favorite because I lived in it all my life.