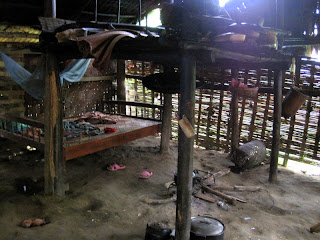 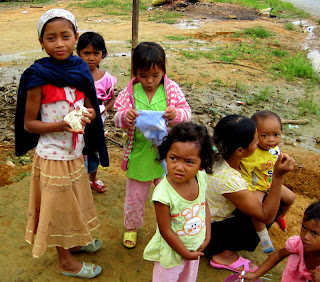 In the Central Highlands of Vietnam, there are thirty-one different “Ethnic Minority” villages. In the Americas, we refer to these groups as Indigenous Peoples. Each of these Ethnic Minorities in Vietnam speaks its own language, has its own customs. Each has very little to do with Vietnamese country or city life.

As Lulu put it, “Ethnic Minority don’t like Vietnamese to be near. 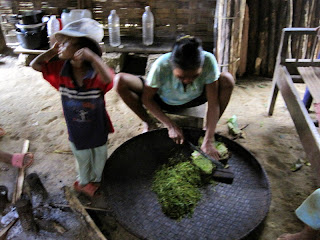 If Vietnamese move close, Ethnic Minority move away. They have their own way to live.” 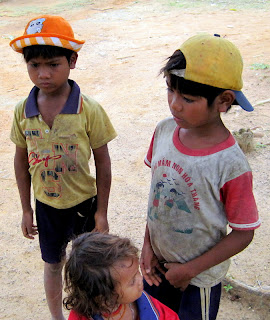 We visited three communities in total, walking through two and sleeping in one, the latter of which will be discussed in a later article. Lulu miraculously spoke the language of each village, and he came armed with a tried-and-true strategy: candy.

“They don’t want money from me,” he chuckled, “Just sweet thing. 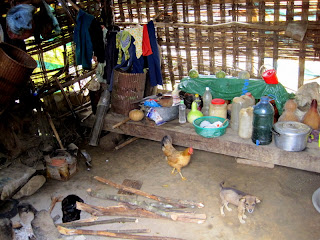 They not know about candy before meet me.” I realized that in his nine years as an Easy Rider guide, he has developed firm go-to relationships across the Central Highlands, each with its own back-and-forth dance.

I am curious what you, oh reader, make of his strategy, because I have mixed feelings. 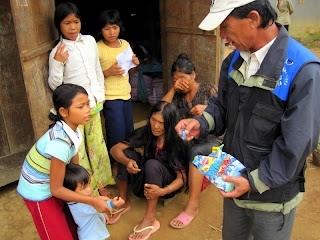 “Hello!” Lulu would bellow in the village’s language as we sauntered into the mud and huts. Kids would either come running or run screaming, and adults would look up with mild amusement. Out the mint-chocolate sucker candy bag would come, and to young and old alike, Lulu would hand the sweets, bantering easily. 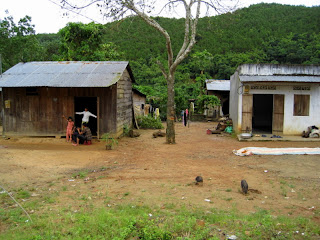 He shoved me against the wall next to a hoard of cute, grubby kids, and I smiled, then 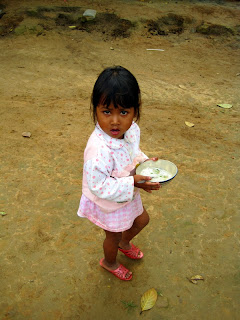 remembered that moments before the whole family had been picking lice out of each others’ hair, and they had no idea who I was, nor I them.

Okay, so I have a bit of an issue with the “people as zoo animals” mentality, as well as the 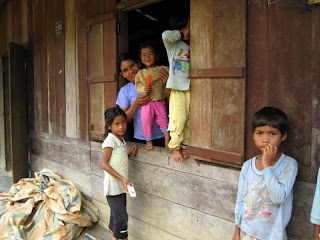 A bunch of years ago, I had the good fortune to live for seven weeks in a rural indigenous village in Mexico through the American Friends Service network. (Students and budget travelers– Quaker volunteer programs are a great way to see the world for cheap, even if you’re non-Quaker like moi! http://www.afsc.org/) 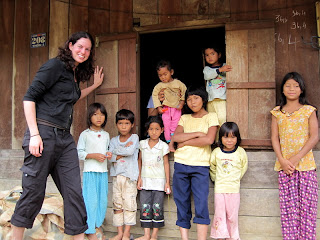 Because our group spent a sustained amount of time with the village, and because both we and the local folks spoke some Spanish, 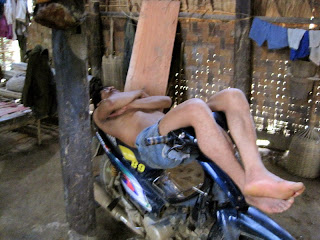 our level of trust grew strong, and the pictures I left with have deep meaning for all of us.

That said, in those seven weeks I lost fifteen pounds from the sheer stress of living without running water or electricity.

Sometimes you’ve got to work with the time and situations you have, 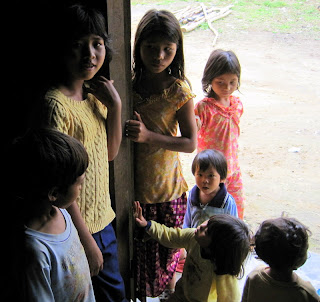 and take what good out of it that you can! It is, I think, worthwhile to peek at how other folks live, for a short or a long time. It really makes us question what we take for granted, and what we take as normal. 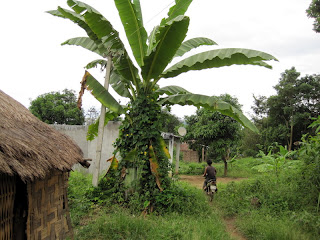 And, despite the choking hazard for children under three (who eagerly gobbled up Lulu’s treats), candy does sweeten things.

Franny said... Seems okay to me to give them candy.. it's relatively harmless, and I think less offensive than giving them money.

Louisa said... Although, they may find money to be more useful.

Dave said... Muy provocativo... I'm torn on this issue myself. That said, the photos are amazing (esp. the last one).

Luddy Sr. said... I'm afraid all ethical questions would be thrown out the window once I saw those kids faces. But I find that the sheer joy they receive from seeing themselves and their friends on the camera's screen afterwords sort of evens things out. Plus you can build an instant connection that way.