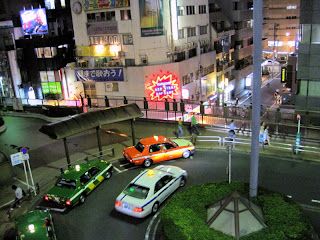 Yowza! It has been amazing to see two major cities of Japan for the past ten days! Despite the articles on Japan my cousin kindly handed me before coming, there were still endless elements of Japan that came as a surprise. Here are a few for your perusal.

1. Toilet extremes. The majority of toilets in Japan are squat toilets, where you crouch awkwardly over a porcelained hole in the ground. I’m not a fan. On the far other end of the spectrum, however, are insane tricked-out toilets, which have an armrest with buttons for: butt spray, butt shower, puff of “extreme” deodorizer, flush SOUND with no actual flush (perhaps to mask embarrassing sounds?), tiny flush (for number one), big flush (for number two), seat warmer (!), and rocket launcher (just joking) :D

Gordon attests that these toilet extremes symbolize how Japan is still straddling both modern, urban culture, and rural, old-fashioned ways. 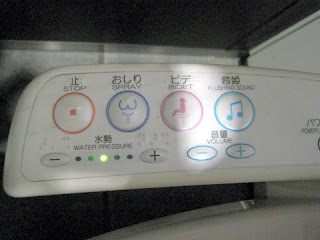 2. Extreme service and politeness. I was stunned and touched by the eager, attentive, kind service at every restaurant and store we frequented. Everyone seemed to genuinely take pride in their jobs, throwing their soul into service and doing everything possible to assist the customers. People on the street who I asked for directions were also wonderful, doing their absolute best with my Japanese language incompetence.

4. The desperate feeling of being unable to read.

I have taken my English alphabet for granted! Dear, sweet, intelligible writing… at times in Japan you were nowhere to be found, and I was a lost, helpless puppy!

This is always such an important reminder for us teachers out there: it feels real weird to not understand!

In such situations one needs love and care… and help!

5. The language + the politeness = 5 different ways to say “Thank You” depending on the amount of formality and respect. 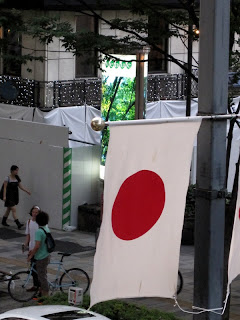 This is just like WHOA! Doesn’t register with my little American brain. System overload.

I had been warned that Japan is insanely expensive. Happily, thanks to the kindness of my hosts, I was able to rock it out for about $50 a day… which is very happy given that I may have just received my last BPS paycheck for the year!!!!

When you go anywhere by public transportation with a Tokyo-ite or Osakan, they will suddenly whip out their cell phones, become absorbed for several minutes, then pull you confidently down ten million tunnels of subways and cars. 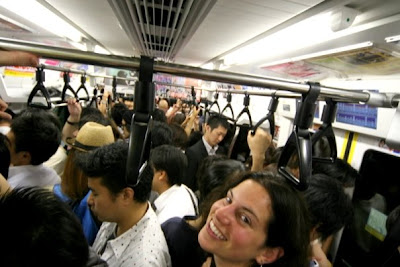 Turns out the trains are so INSANELY on time that everyone uses an online program to figure out EXACTLY which train and connection you should hop upon. As I was leaving for the airport train, Gordon hollered: “The airport train will come at 8:06, 8:16, 8:30, and 8:42! Remember that the 8:16 train is a local, and so will be a smaller train.”

Okay then… “sick on time” is right.

8. There were hardly any homeless folk on the streets. 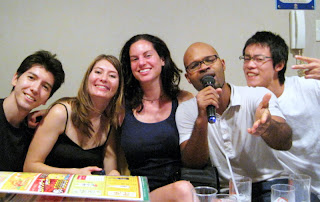 When there were one or two, they were politely sitting by a wall, reading the newspaper… never begging. Moreover, why did Jimmy have to rush off on Saturday after hanging out with us? He was off to play in the Homeless World Cup, and train the Japanese Homeless Soccer Team to play in MILAN, ITALY!!!

Could I ever live in Japan? Heck no. I’ve got too much loud inappropriateness, passion for diversity, and poor Asian language skills to cope. Have I had the most delightful first international stop possible, thanks to the kindness of my hosts? Heck ya! 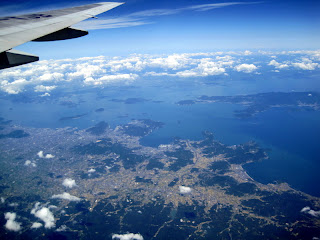 Thanks to Yuki, Mike, Dee, Gordon, Jimmy, and all the others who were so kind and lovely!

Off to Thailand! :D