DRAMA at the Hostel 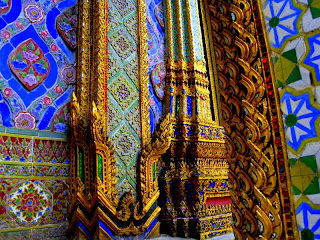 The woman’s unconscious body dangled between the tiny Thai receptionists’ arms as they dragged her into the hostel lobby. What had happened??? We all rushed from the couches towards her sprawled form. Her dyed blond hair and white dress fluttered around the table where she lay. “Go back inside,” said the hostel receptionist with a polite but firm wave. Outside we could hear another rumble brewing.

An hour earlier, the receptionist had grabbed a green-shirted hostel guest as he staggered downstairs into the main lobby. “You bring a prostitute in here tonight,” she growled. “Against rules of the hostel. You both need to leave, NOW.” 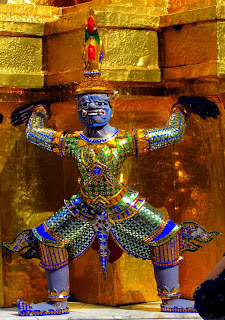 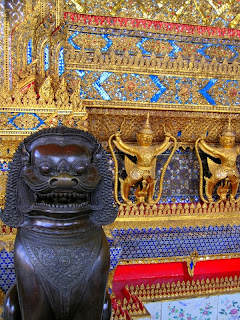 Within ten minutes, a woman in a white flowered dress was hurtling down the stairs, screaming at the man in green: “You give me my cell phone charger before I leave! Upstairs! You get it for me!” Scuffles, shouts, a retrieved charger, and green and white flowers both lurched out the door, trying to keep their heads as high as possible in front of the thirty stares from the lobby restaurant. The man walked into the glass door so hard the “CONK” was heard across the street. He shook himself and kept walking out. 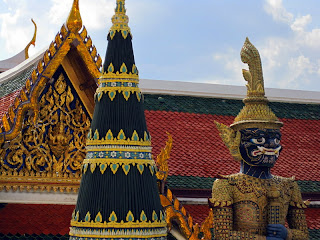 Some guests were giggling; some had their hands over their mouths in shock. Granted, this lovely hostel is only four blocks from Patpong Road, home of the infamous girlie bars and “ping pong” shows (“*pop *pop *pop” smack the hawkers’ lips to entice potential customers), but across every wall of the hostel, signs read: Paying Guests ONLY in Upstairs Rooms! 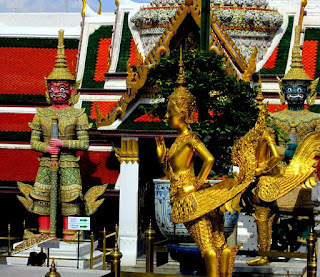 But now the woman was lying unconscious on the lobby table. We realized that, after leaving our lobby, she had been punched senseless by the man in green.

Suddenly, her eyes fluttered and she sprung to her feet. With purposeful strides she grabbed her purse, marched to the door and screamed toward the green shape by the curb: “Five hundred!” She raised her purse to hit him and suddenly he was hurling forward into the lobby, fists smashing forward towards the beautiful woman. “NO!” yelled the Thai staff running into the explosion.

My friend Adie and four other guests sprinted towards the lobby. “Adie!” I yelled, “You have two broken ribs already! Watch yourself!” A four foot tall Thai receptionist blocked the way. “Go to sleep. We call the police. We handle it.” 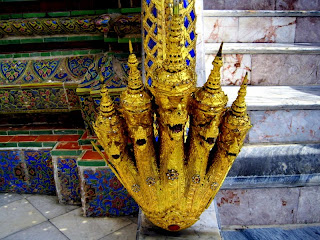 Sure enough, by then sirens were blaring.

Now, this morning, the hostel is clean, calm, and lovely as ever. The Superman staff are at their posts as if nothing occurred, and all around the glistening lobby lounge, the guests play board games and plan day trips around Bangkok. Drama will always happen (as we Boston Public teachers know so well), but poise and heart in the face of a storm is forever impressive. I’ve extended my stay four more nights. :)

(Note: All photos are detail from the Grand Palace, Bangkok. Larger photos from this AMAZING complex are in the next post.) 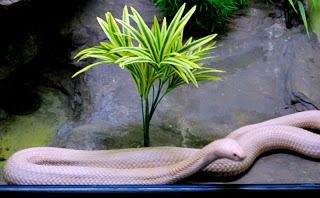 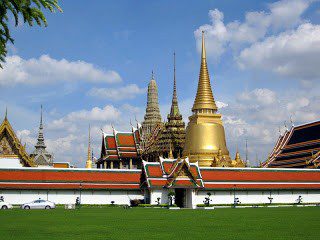 Intense story! Did you ever find out what happened with the police? I'm impressed by the staff. What hostel is it?

I never got the follow-up from the police, but am curious, too!

Ms. Marshall, were you trying to type "hotel" instead of "hostel"? What is a hostel? I feel so bad for the lady who got punched but she got be ashamed of herself.

A hostel is a low-cost hotel common with budget travelers. Often they feature large rooms with several bunk beds which you share with strangers. They're surprisingly great!

Whoa! Intense story. I kind of feel bad for the prostitute, the guy in green had no right to hit her, even though that is her profession.

Wowza Lillie! It's not often you hear stories as candid as this. Can't believe poor Adie had to put up with that. Unbelievable.

It was quite the scene!

Wow, this is a great article - really well-written! I wonder why he hit her though?! I guess any place where sex tourism is rampant, then you have creeps like the guy in green. Impressed that the hostel staff seemed to be so cool and collected about the whole thing rather than stirring it more.