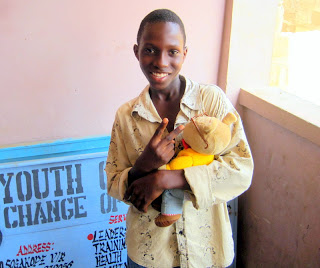 It was the sixth of March, Ghana’s Independence Day. Every year we celebrate this fine day by marching down the street and giving presents. We enjoy it so much!

After celebrating, I went back home only to find my brother and his friends asking me, “How will we celebrate the remainder of our Independence Day?” So I decided that we should have a sleepover.

The activity of “Sleepover” is not common in Ghana. However, my Mum told us that we should try it and see. “It is good to be with your friends,” she told me.

I was very anxious on that very day when my brother, his friends, and I decided to have a sleepover. It was around five in the evening when we started to prepare our tents and other things for the night. First, we watched some movies inside the house, and then we headed to the tents. But at first we couldn’t sleep! We stayed awake and discussed some important issues: our education, and the status of our nation. At last, we drifted off to sleep. 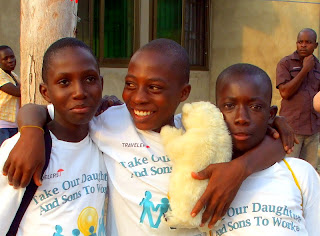 The next day, we woke up late. We did some exercise, took our baths, and had our breakfast. We later went to the soccer field to play.

It was a wonderful time for me! I thought, “I could still be in my tent sleeping, but I am glad to be awake because I love to play soccer with my brothers.”

We played until twelve noon, and then we went back home to have our lunch and watch some cartoons on a TV station called ETV Ghana. The cartoon was about Harry Potter, which is a book and movie I like most to watch on my leisure time at home.

As for my first Sleepover experience, I conclude it is very nice to hang out with your friends on your free time. My brothers and I had a wonderful night.

Lillie’s Note: One reason I like this article is because it clearly demonstrates how kids in Ghana stay KIDS for longer. Isn’t it interesting to compare and contrast how an American 14-year-old might write this article? Please leave a comment for Edinam, stating your geographical location!