How do you Choose Where to Stay? 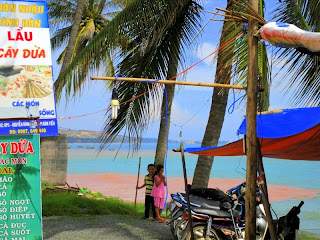 Five hours out of Ho Chi Minh City, our bus trundled into Mui Ne: a beautiful coastal town in South-Central Vietnam. What followed nicely illustrates my current hotel selection process whilst solo, budget backpacking in new and far-off places. Perhaps this strategy may work for you in the future!

1. Pre-research the location through a guidebook, but acknowledge the guidebook’s out-of-date-ness.

Ahh Lonely Planet Guidebook– it’s been good for basic background info and maps, but its hotel selections have proven musty, dusty, and unfriendly, at least for Southeast Asia. Read up on the town’s chapter and select two or three suggested hotels as back-up options if the beyond-the-book, hipper suggestions fall through. Mark the heck out of that book with your oily black pen.

I circled three cheap hotels in the Mui Ne chapter because: they were close together (so I could shimmy from one to the other if one reeked), they supposedly had free Wi-fi (because I have a little internet addiction problem), and they were dirt cheap yet clean.

2. Pre-research the location though the internet and word-of-mouth, bowing down to the up-to-date hipness of these sources. 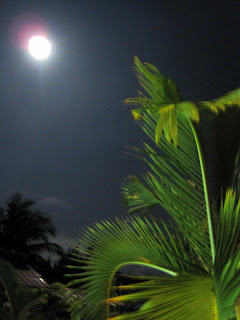 For internet research, hostelworld.com and tripadvisor.com have proven excellent because one can rank area hotels by highest user rating, price, etc., and can filter the results by internet access, bed style, and more. Note that you may have to shop around these rating sites depending on where you go, as some towns have sliiiim pickin’s compared to others. For Phnom Penh hostels I literally could NOT find a hotel online for under $12 (my maximum nightly hotel budget) that didn’t rank below 68% satisfaction (D+!) or mention bedbug infestations! BEDBUGS!! Also note that in high season (summers, holidays, etc.), it’s wise to online pre-book a hotel if it has an excellent rating and thus appears it might get snapped up by other savvy sleepers before you arrive.

For word of mouth research, pester everyone you meet for tales of their past journeys and sleeping situations, and (smooch, smooch, Facebook) slap that housing suggestion plea onto your status update. When I bawled on my status that it seemed cleaner to sleep on the streets of Phnom Penh than in the awfully-rated hotels, the amazing manager of Lub-d, the hotel I’d stayed at in Bangkok, immediately posted a link for a Phnom Penh hotel she recommended. Amazing! 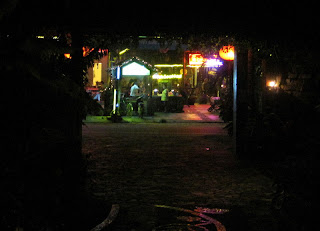 Mui Ne had no hotels online for under $20, and no one I knew had been there, so ahh well. At least I tried to be hip.

3. Compile your ranked list of hotel choices onto a small piece of paper to put in your front pocket, especially if you’re headed to a dangerous or chaotic location where you don’t want to be pulling out your whole guidebook.

I ripped the Mui Ne map out of my guidebook (hey, it’s mine, I can mutilate it if I want), penciled up the map with destinations, and pocketed it. 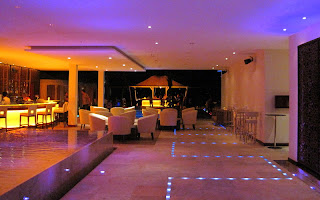 4. Your bus/plane/train/taxi/tuktuk/moped/llama arrives! Assess the situation… is it a sketchy-feeling location? If even remotely so, glom immediately onto the nice person/people you were chatting to on the trip, or make a friend fast! Then casually follow them to whichever hotel area they are headed. This has been a real blessing on numerous occasions, as usually people my age and backpack size on my mode of transportation have similar budgets. (Now, of course, don’t follow creepy people or give folks the wrong idea (you may be going to the same hotel as them, but you’re getting your own room!), and obviously stop following the people if they are leading you into a worse situation than you were in on your own– including a five star hotel that you can’t afford!)

Our bus in Mui Ne was doing some weird, jerky “stopping and letting people off then going again” thing so I freaked out and rapidly befriended an Australian park ranger and penguin curator, Sean, to consult about hotel recommendations. 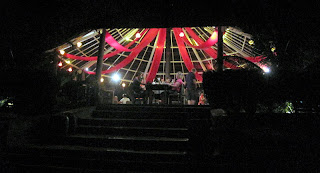 5. Now that you’re in the town, either on your own or with buddies, hit the pavement to do your own, on-the-ground research! Hopefully you’ve scheduled your journey to arrive in the sun-bright day rather than the “just-find-a-room-and-pass-out” dead of night. Check out the first hotel on your list. If it’s amazing, take it! If it isn’t (and it usually isn’t), scope out the surrounding hotels. Very often, the best hotels I’ve found have been totally unlisted (invisible to my thorough pre-research!) and right across the street from my (in reality horrendous) first choice hotel. Alternate investigating your pre-researched hotels with previously unknown finds nearby until you find the place of your dreams! Or until you reel from sunstroke and just settle for the lesser of several evils.

Always ask to see the room first, always peek around the surroundings (is there loud construction or a garbage dump next door?), and always try to negotiate the price. Plaintively asking, “You don’t have anything less expensive?” or “Is there a discount for staying for three days?” or, “How about two dollars less?” often works. 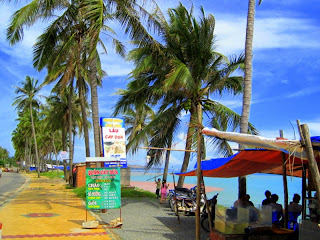 Sean and I literally investigated 25 hotels over the course of an hour, up and down the sun-glorious, palm-lined main strip of Mui Ne. It was worth it! So what happened? Well, first, everything Lonely Planet suggested was rickety trash. Then, many of the nicer places were a non-negotiable $20 or higher a night: well above of our price cap of $10. Meanwhile, motorbike touts tailed us like wedding car cans, calling, “Come to good hotel! Just six kilometers away!” We declined. 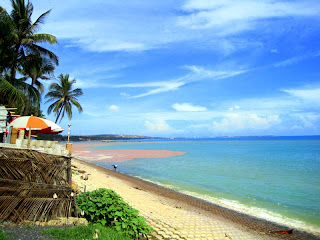 Then came an important lesson for me. We inspected the spiffy rooms of a lovely $9 a night hotel, and I was about to cheerfully accept it when Sean suggested, “let’s take a look around the back at the beach”. Confidently, we trotted out onto the bea– er, but… where WAS the beach? Instead, there was a trash-strewn concrete slab, and directly next to it, there was… oh heavens… a strange brown fluid pouring into the previously sapphire ocean from sewage pipes. Noooo!!!

We tightened our backpacks and sprinted away as fast as a Usain Bolt. 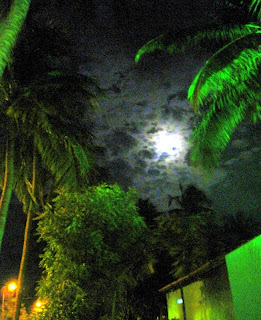 (Check out the photos of this to the upper left and right… look closely at the blue sea until you see the brown.)

At last, seventy minutes later and streaming with sweat, we stumbled upon the most luxurious, clean, totally unlisted hotel on a fluffy white stretch of sand for $10 a night. Jackpot! We willfully repressed the memory of the mile-away sewage pipe as we took our rooms, threw down our bags, and dove into the ocean.

6. Spread the word! Now that you’ve found your dream hotel, use your typing and talking skillz to let other travelers know the best place to stay!
The Mui Ne Jackpot: Nha nghi Hong Di :)

On a side note, the moon is full! Look at its round, happy face glowing behind the trees! All photos from this post are from the cafes and streets around lovely Mui Ne. 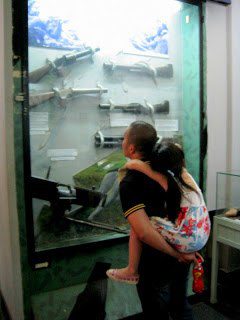 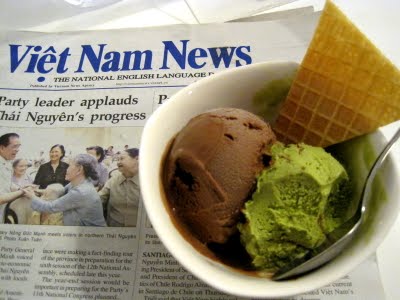 What is the best/cheapest way to travel around vietnam? Did you just get a bus and stop anywhere that looked nice or did you pre-plan your trip to Mui Ne?

Either way is fine, and depends on the amount of time and money you have. Here's my article on how I chose where to go during travel: https://www.aroundtheworldl.com/2009/11/12/how-do-you-know-where-to-go/ . But please note that since then I've done a lot more structured and even tour group travel, which I've enjoyed as well. Any way you do it is great! :)

We're heading to Mui Ne today, and loving your blog entries. I just wish we were here at the same time! TBEX was all too short.

Anonymous said... Ms.Marshall next time you decide to go around the world you must take me for you adventures and pictures have truly amazed me and caught me by surprise so please next time you go off somewhere around the countries take cassondra.c with you!!!!! xD