How the RTW Ticket was Born, or: How You, too, Can Finagle an STA Deal!

Being commitment-terrified, I planned initially to do this Round the World stint through last-minute-purchased one-way legs along the way. Stumbling, sunburned, at 11pm to a travel agency in Cambodia to purchase a trip to Iran the next day? Perfect. Thus, on the recommendation of my sweet brother, I opened the homepage for STA Travel (a student/teacher discount hub), trolling for one way tickets from Boston to Bangkok. (See subsequent post for the illogical logic behind each destination.) Success! A $500 trip option gleamed out from the screen.

Before actually purchasing it, however, I decided to to call STA for emotional support. Drew, a husky-voiced Arizona STA agent, guffawed at me from across the phone line. “You fool! If you show up in Thailand on that flight, they won’t let you in the country!” “W-w-w-h-a?” I stammered, wanting merely to be fancy free around the globe. “Thailand has an entry requirement that you show proof of leaving the country! You need some form of onward ticket to enter.” Shoot.
Thus began the 40-hour negotiations for the RTW ticket. And I’m glad they occurred. 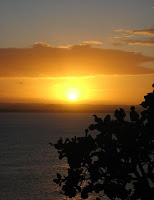 Drew listened like a good psychoanalyst as I free-associated about what I wanted my next year to look like. “I am excited about this region, you know? And also I have some friends in these places… And maybe it would be cool to… (etc. etc.)”

“What I’m hearing you say,” Drew finally cooed, “is that, at the very least, you want to start in Thailand, go to Dubai, then head to Europe.” Suddenly, my rabid desire for utter and total lack of structure calmed and I realized Drew was right. “I can commit to that!” I smiled. Drew then told me to take the next two hours to hit the gym, make an ice cream sundae, or clean my shower while he hung up and put together my itinerary draft to email to me. Then I would call back and together we would revise the draft as desired.

Two hours had passed (during which I lay, dazed, in my room and stared at the wall, head spinning with thoughts of the trip), when Drew’s draft glided into my Inbox. Cool! I took notes, made some calls, sent some emails, checked a map, then created a list of 5 changes I wanted Drew to make, most specifically cutting my time in Dubai from 22 days to 7, and extending my stint in Japan.

I also sent the draft to my parents for approval, who very supportively grunted, “Um, we don’t have any idea what to suggest. Have fun and we love you!” When I called him back, panting, Drew obligingly made the revisions… and I bought the ticket!

How much did this all cost? There ended up being six legs to the ticket, each leg costing about $400, which is just fine with me. Date changes and other alterations have varying price tags (from $0 to $200), depending on which leg it is. My hope is to not alter too much. Ultimately, my ticket ended up cheaper than the RTW concoctions offered by airline partnerships, such as Star Alliance, which run at $3,000 or more. Yeah!

Please note that these STA Round the World tickets are different from airline partnership packages, because, 1) The STA tickets are pieced together from one-way teacher/student discount legs, and 2) Airline partnership packages have awfully complicated rules involving calculating the number of miles, not back-tracking, having a specific length of nosehairs, and yadda yadda yadda. Plus, I like to think STA Travel has far more fun-loving agents. (Drew apparently was taking the next three days off to coach youth wrestling in Idaho.)

What does this have to do with YOU? Well. Whether or not you want to do the RTW thing, STA Travel is THE PLACE for discount plane tickets. I recently purchased round trip weekend ticket with them that was supposed to sell for $700 for a grin-inducing $200. Basically, each flight has an allotted number of discounted seats for the butts of students and teachers, and STA links you up with them. “But I’m not a student, nor a youth, nor a teacher!” you squeal.

WELL. Let’s just say STA signed me up for my $20 “proof of being a teacher” card that hooks up the deals, with not a scrap of proof from me that I actually DO teach at the school where I teach. Do with that information what you will… ;)

Now, of course, I have not yet embarked on even the first minute of this obese ticket, but I can tell you that buying it has made my last few months far happier and calmer. First, I am now able to really nail down housing and meet-up dates and times with my contacts in each place, and do more informed research.

Second, the majority of the world loves a 15-second blurb to explain ridiculous things one is doing, and listing my current itinerary has been a far preferable response to “What are you doing on your year off?” than “Umm, like, I just want to gooo, you know? Maybe the Middle East? Or Southeast Asia? Massage? Um, yeah… travel.” I suppose some form of commitment does bring its gains . :) 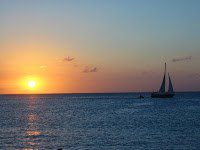 I think it's a wonderful 'journey' u had there to give birth to ur rtw ticket :) Interesting blog, btw :)

I read in a different post of yours that you ended up not being a fan of the RTW ticket. In hindsight do you think you are better off just buying tickets as you go? I am heading off on my travels in less than two months and my plan was to buy as I go... Thought/Suggestions?

Travel Tuesday: Discount Cards and Low Airfare | From The 901 To The 912

[...] that, but they have travel experts/agents that can help you plan your trip. I know Lillie over at AroundTheWorldL.com used an STA agent to help plan her round-the-world trip last year and had nothing but good things [...]

Reflection on this article after returning from the fabulous 9-month Around the World journey: Buy as few flights in advance as possible, because plans WILL change and it costs money to alter tickets! More on this here: https://www.aroundtheworldl.com/2010/06/19/how-to-not-dumbly-waste-money-in-rtw-travel/ .