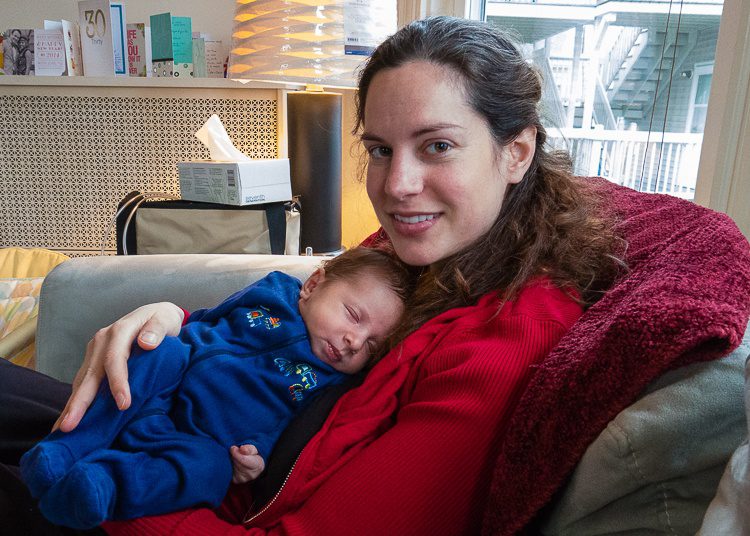 Why exactly do new mothers vanish?

I witnessed this New-Parent-Vanishing numerous times over in the last decade, always from the outside. Coworkers who were models of excellent communication went utterly dark for months. Good friends with fresh babes suddenly stopped returning calls or emails. Family members with new kids grew distant. 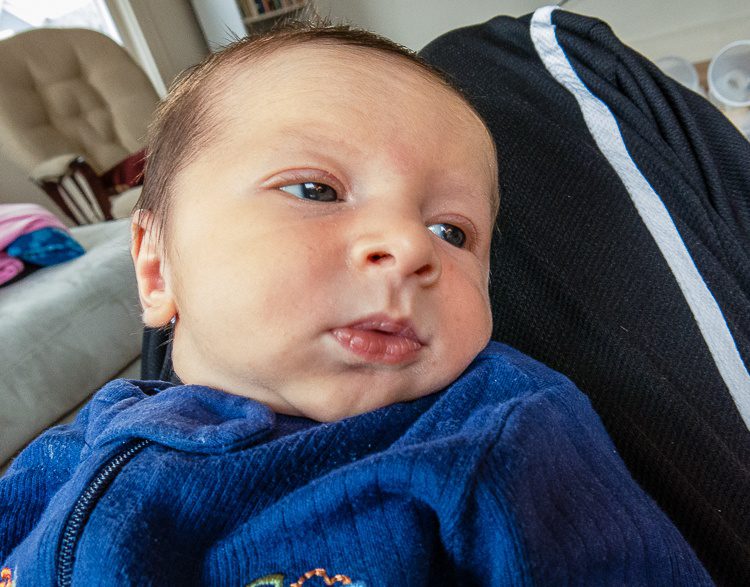 Do you think he’s getting enough food? Based on his chins: Um, yes.

But there was no way this would happen to ME after having a baby, right? After all, I’ve always been the master of multitasking, juggling dozens of commitments effortlessly. How could throwing a newborn into the mix change the pudding of life so much?

Well, now Colin and I are two weeks into New Baby world, and… me oh my. It’s unlike anything I could have imagined in terms of intensity and life upheaval. Before getting pregnant, I vowed that once I saw the situation for myself, I’d report back on exactly WHAT takes up so much new parent time. So here it is.

Below are two graphic displays of exactly how Colin and I have spent our hours since Devi was born, thanks to a sweet smartphone app called BabyConnect that we are using to track feedings and diaper changes.

What this graphic reveals is that a baby needs to be fed and diaper changed every 1 to 3 hours, be it night or day, and feedings can take at least an hour. A stretch of four free hours is a shock and privilege to the parents of a new baby.

Take the December 6 entry, for example. On that day, I did an exhausting cluster of feedings between 2am and 4:30am. Then you see a gap of six hours between 12pm and 6pm where there seems to be no feeding.

Well, there were actually two feedings in there, but at that point I was in too much pain and too exhausted to enter it into the app! Further, “free” hours are often spent cuddling or bouncing the babe to keep him from fussing, or desperately trying to nap or do house chores. Caring for a new baby is all-consuming, and needs as big a support staff as possible! Now let’s focus on nursing for a moment. 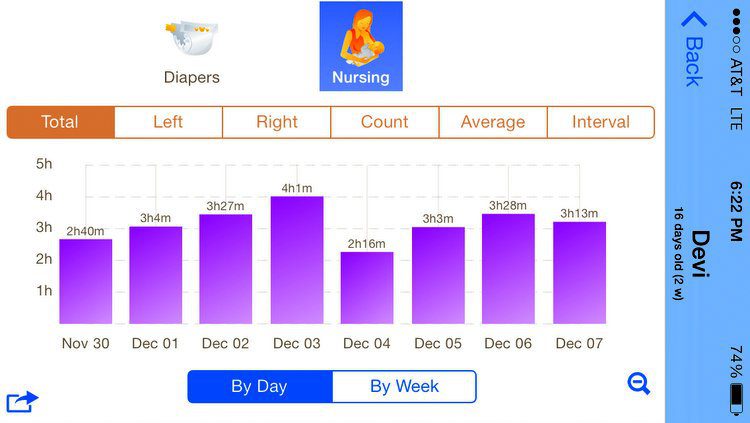 Nursing is quite the job!

As you can see from my chart above, nursing alone takes roughly 23 hours a week: the equivalent of a substantial part-time job. And keep in mind that these numbers are lower than reality, since sometimes I’ve been too tired to log a feed.

All travel to new areas has surprisingly challenging portions. People told me of the air pollution in China and India, but I didn’t realize how much it would impact my mood until I was coughing through the thick smog.

Similarly, I heard vague rumors of how nursing can be difficult in Baby Country, but I had no idea how much I’d struggle with it, nor how painful it is when done wrong (as I did way too long and am now arduously trying to fix). 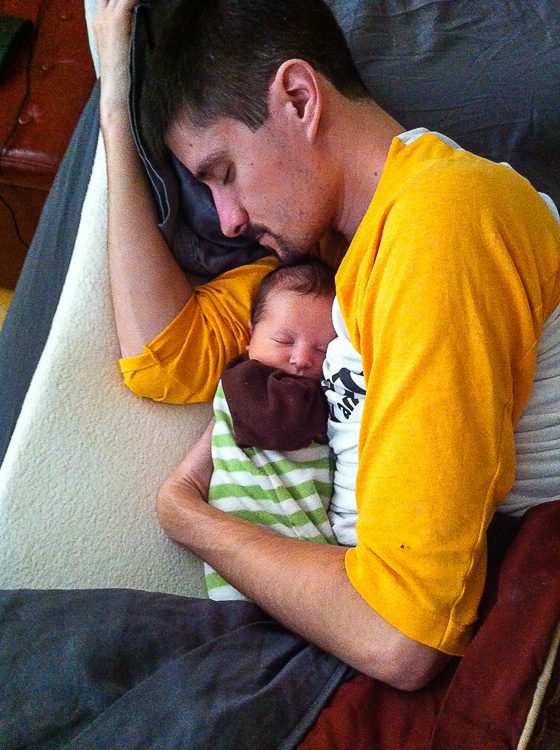 Thank goodness that Colin and I have both our parents and brothers helping us out here, because simply focusing on mastering and carrying out nursing is keeping me totally occupied!

Anyway, this is all to say that I get why new parents disappear now, and I hope these graphics help illuminate it for you, too. Despite my best efforts, time and space have warped with our beautiful new baby‘s necessities. Colin and I are not interacting with the world the same way anymore…

…and, as shown in the picture to the right, it’s all worth it!

Wow. That is a LOT of time feeding! My husband and I keep talking about having kids and I get totally overwhelmed just thinking about it whenever I break it down to "how will this child fit into my insane life"?! Glad you are coping with it all so well :-) -Tasha

In fact it's now about 5 hours a day and 30 hours a week now that he's 6 weeks old, but I've been told it will get lower as he gets more efficient. Regardless, I do want to report, 6.5 weeks in, that I am REALLY enjoying this parenting thing, and it now feels totally manageable. Yes, I've temporarily altered much of my own crazy life to fit all this, but it is so worth it! I'd say if you have a supportive, committed partner, feel mostly ready, and are older than 26 (when the human brain supposedly develops) then don't over-think it, just go for it! :)

Wonderfully honest and awesome insight! As usual. Our little one is due in March. You gave me hope that tall chicks (I'm 6'1) can produce normal babies. But the nearest friend or relative from my husband's side lives a 10hr drive a way. My family lives on the other side of the globe. It'll be tough and scary but I still have three months to make new friends in our new town. :/

Congratulations! Things are getting so much easier and more fun 5 weeks in, so you'll be fine. And on another happy note, our nurse told me that taller women generally have easier labors. Good luck!

Glad I stumbled over your site; just shared it with daughter who had her first baby a couple of weeks after you were blessed. Best advice I ever received about my children (seems every parent is a magnet for advice) is to always enjoy them where they are. Children are obviously always in a state of change as they grow up so if you spend time wishing for what they were or longing for what they will be, you'll miss it all. It's pretty obvious your baby has very special parents. God bless.

Ken, I love this advice! Thank you!

It is really tough to deal with a new motherhood, Lillie as the 24 hours pass by just like few moments and going on vacations seem to be dreams. I guess, you need to wait at least for 6 months to plan a trip, but the experiences are worthy of all of your efforts. Bliss indeed!