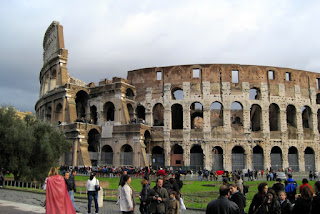 Nine years ago, on this very bridge in Rome, I realized that a trip around the world would be possible as a woman traveling alone.

How? I was nineteen years old, it was eleven at night, and a psychotic Italian vagrant was trying to attack me on a bridge.

The summer after my Sophomore year in college was the first time I traveled abroad alone. I had searched the internet and found a fantastic job exchange in London through the Winant-Clayton Volunteers. It involved five weeks in a a social work placement, followed by two weeks of independent travel.

For thirty-five days, I lived in London with Colombian-American Milady in the spare room of a lovely house in Stoke Newington. Milady worked at an AIDS care center, translating between English and Spanish. I worked in a daycare with a shockingly high number of gargantuan babies, alongside a Bengali staff who taught me much about their culture. Milday and I ate tortillas and street kebabs to save our meager stipend for future travel. 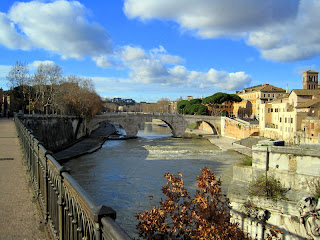 Our volunteer service ended and our travel time began! I set off alone into Europe.

I realize now, so many characteristics of that two-week solo trip nine years ago were the same as this one: a ton of wandering and watching, various hilarious wrong turns, a combination of meeting up with friends and spending time alone, an obsession with food, and lots of happiness.

And so I found myself at the age of nineteen, wandering miles and miles through August-hot Rome, and settling for dinner on a pizzeria in the lovely Trastevere neighborhood of Rome, across the Tiber River from my hostel.

I got to chatting with an American woman and her French husband at the next table: Jean-Luc and Ann. Jean-Luc went to the bathroom and Ann leaned in close to me. “I’m really unhappy now,” she whispered urgently. 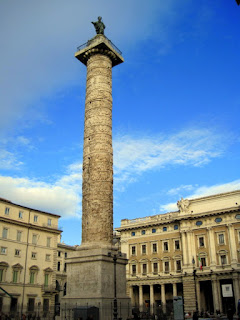 “I just can’t deal with French culture,” Ann continued, “and Jean-Luc doesn’t want to live anywhere but France. We’re just so different, and I miss my old life.”

“That stinks,” I sighed, nineteen and clueless. Ann continued venting until Jean-Luc came back to the table and we both plastered on innocent smiles.

Walking through the thick, hot darkness towards the river alone after dinner, I mused: sometimes it’s awfully nice to be alone. Solitude is pure freedom!

At that moment, I saw a shadow loom up on the other side of the bridge through the darkness. It was a ragged homeless man, and he grinned maniacally. He spread his arms and feet wide, planting himself firmly in the middle of the bridge. I looked around: no one else was in sight. It was awfully late. 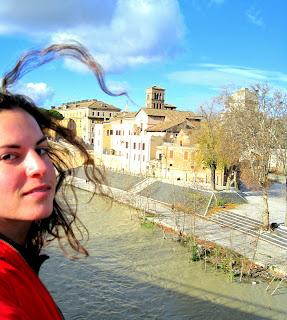 I began walking across the bridge hugging the left side railing, hoping the deranged man would stay in the middle. No such luck! The man began shuffling his feet to the left of the bridge to block my path, arms still splayed outward like a basketball point guard. He began to cackle with glee. I stopped and walked backwards away from him.

Despite the scariness of the situation, I couldn’t help starting to giggle. This really was too ridiculous. The Italian vagrant threw his head back and guffawed with abandon as well. I slapped my hands over my mouth and stifled the chuckles. We must have stood there like that for ten minutes, laughing and staring at each other. I was quivering with fear.

Suddenly a voice cut the night. “Hey! Lillie, is that you?” It was the couple from the restaurant! 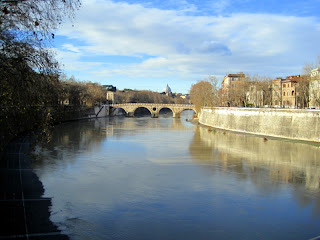 The couple glanced up sharply at the unsightly man in the center of the bridge. The man stared back, eyes blazing.

The three of us strode through the gloom toward the man. “Grrrr…” the man growled, curling his fingers into claws and advancing.

We quickened our pace. We passed the center of the bridge just as the man reached us.

We began to run. The man snarled and ran after us, making “Booga booga!” noises. We reached the end of the bridge and the man pulled up short and turned back. We’d made it!

Ann and Jean-Luc insisted on walking me all the way back to my hostel. I thanked them profusely and we parted ways forever. 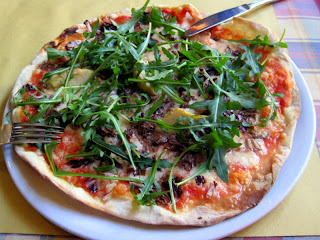 Lying in the lumpy dorm bed that night, I felt great. “We conquered the troll guarding the bridge!” I whispered.

We are told so often as women that we must be cautious, that we must look out for ghosts and goblins of the world. And yet on that night, on that bridge, I realized that the exhilaration of solo travel outweighs the danger, because even when you travel alone, you do not have to fight the bridge trolls of the world by yourself.

And here I am now, nine years later, at the same bridge. Today, I strode right across, unmolested, and bought a steaming hot pizza the colors of the Italian flag. And then I went back to the bridge and took a photo of myself atop it, victorious, while my hair did a triumphant dance in the wind.