On Cabbages and Condoms 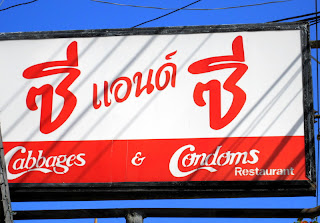 “Ew, miss,” said the straight-A student from the table across the classroom, “No one uses condoms anymore.”

The conversation had started innocently enough. Two sweet students had lingered after school to catch up on homework and (let’s face it) flirt with each other. The topic of our school’s endless teen pregnancies came up, and I began to inquire about current safer sex practices. It was a horrific shock to realize the reality: safer sex practices are near nonexistent. 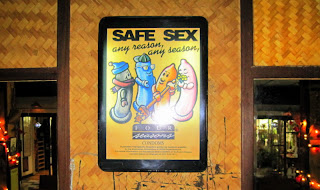 “No one uses condoms?” I hollered, then proceeded to yap my head off about the risks and idiocy surrounding that statement. “Did you know,” I finished, “That the human brain is not fully developed until the age of twenty-six? This means that any decision you make before then that will drastically alter your future (babies! STDs!) is a decision made too early.” The students only giggled. ARGH!

The next day I vented about the conversation to our school’s lone, part-time social worker. “That makes sense,” she sighed, “given the huge upsurge in Chlamydia we’ve been seeing in Boston and in this school this year.” “Chlamydia!” I exclaimed, and purposely tromped back upstairs to my classroom.

The lesson on “Hamlet” drew to a close, and I scooted up my teacher stool and became solemn. “I have a very important announcement for these last five minutes, and I need you all to listen carefully,” I said.

“Are you pregnant, miss?” asked three kids at once. Our school is staffed by a million 20-and-30-something married women, and thus such an announcement is common.

“No,” I said. “But this announcement is related to that.” The room became nervously silent.

“It has come to my attention,” I said, “That there is an outbreak of the sexually transmitted infection, Chlamydia in our school.” 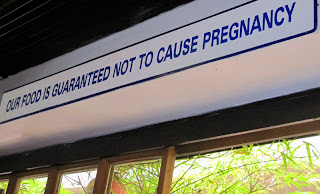 The room erupted in screams of, “EW!” “NASTY!” “Why are you saying this, miss??” Two large boys collapsed on the floor in fits of giggles.

“I bring this up,” I said, once the room was quieter again, “Because we need to protect ourselves and each other. The safest thing to do is to hold off on sexual activity until you’re older–“ 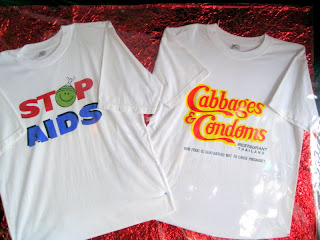 “–but,” I continued, “If you DO decide to take on the risks entailed in sexual activity, please, please, PLEASE protect yourself and your partner. You need to be using condoms every single time you have sex, and (if possible) a second backup method such as the birth control pill.”

The students were in mute shock.

The bell rang and the kids filed out of class, murmuring to each other and glancing back at me with big, round eyes. 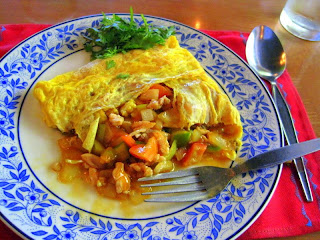 “You’re right, miss,” one girl said as she walked by. “I don’t want a baby or a disease. I’m gonna wait and I’m gonna protect myself.”

So from whence came this rather random condom talk story? Well, I am currently eating a delicious vegetable-chicken omelet in a Thai restaurant chain called “Cabbages and Condoms” in Chiang Rai, Thailand, and the safer sex posters on the wall jogged my memory.

The awesome Cabbages and Condoms franchise has worked for several decades now to promote family planning and HIV/AIDS prevention in Thailand. Two of its slogans are:

1) We want to make condoms as easy to get as cabbages.
2) Our food is guaranteed not to cause pregnancy 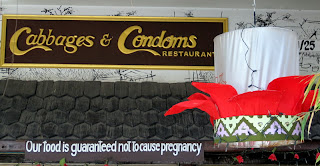 The group’s efforts appear to be working. According to their literature, the number of children born per family in Thailand has decreased from seven in 1974 to a very reasonable two at the present.

Months and months after the Chlamydia speech, one of the giggling boys from my class still asks, “Miss, remember when you talked to us about condoms???”

Yes, dear one, I do– and I hope everyone in that class does, too… and has taken the message to heart!

Thank you very much for this article. Most of my church friends go up in arms with me whenever a related topics come.

So, after reading, it seems that teens are not using contraceptives at all (Condoms and/or Pills etc), but Why?? Is it because it is not available to them or is it very expensive?

Growing up in India, almost every wall / poster I have seen, Safe Sex and contraception has been preached like we know next to our national anthem and a there are Free Distribution of Condoms are places (all thanks to UN, Govt of India, State and other Local NGOs)

It is a complete SHOCK to me that, teens and adults in a developed country like USA does not practice safe sex (and/or contraception!)

Wilson, thank you for your fascinating perspective. To answer your question, many teens in the U.S. actually DO use contraceptives. It was just this particular class I had that year which, for whatever reason, wasn't using them. I, too, was totally shocked!!!

THanks Lillie for sharing this with us...but I reckon not only teens need a teacher like u. This is happening amid adults as well who had and still have access to sexual education. There is a considerable percentage of well informed adults that tend to use condom at the first, second n third date and afterwards ignore the risks.

The shocking thing about this is that it's a big deal to talk about condoms, it should be a given and completely natural. Of course teachers should talk about it, I would imagine, as a teenager, that it's more embarrassing to have that lecture from your parents than from someone as close as parents. Everybody has sex, sooner or later, but you dont necessarily want to pretend your parents do - hence it's a difficult discussion to have with them. I still don't like to think about condoms while I eat but anything to increase awareness. Well done!

Okay, this is awkward. I wonder if we are going to be like that in a few years and was the restaurantâ€™s food good? Also was the school you gave the lecture to in Boston?

This was really awkward to read. Also it was a topic many children need to have because it seems like many people are dying everyday from sexual transmitted dieseases. Great job Ms.M.