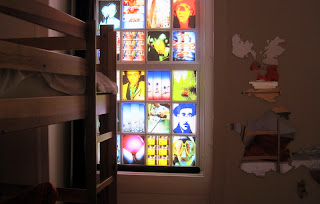 “We stayed in the number one and number three hostels in the ENTIRE WORLD!” I sang out.

Whenever my brother and I declared this (and we declared it approximately seventy-eight times in one week), it was necessary to use the most dramatic booming deity voice possible. Why? Because that’s a really big deal to say something is number one in the entire world!

And it begs the question: How true are these hostel quality ratings, and what goes into them?

Gaze now at the list from whence we got our numbers: The HostelWorld.com “Hoscar” awards for 2009. What do you notice? Here’s what I see:

– Five (half!) of the top ten hostels in the entire world, according to this list, are in Lisbon, Portugal. 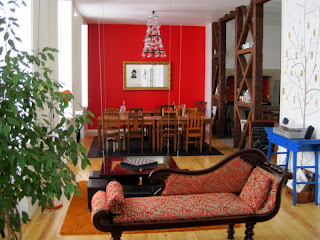 – One hundred percent of the supposed top hostels on earth are in… Europe.

Is this list true, then? In a word… no. In twelve more words: “Why the heck aren’t the hostels of Southeast Asia on this list?!”

Indeed, the number one and three hostels we stayed at while in Lisbon were FABULOUS. They were stunningly decorated (check out the first three photos, which are of Living Lounge Hostel: number 3 in the world!), comfortable, safe, and overflowing with community activities like family-style dinners and cheap day tours which bonded all us lonely travelers together.

However, I can’t help but remember Lub-d Hostel in Bangkok, Thailand, where I ended up staying for over two weeks between August and December. Lub-d, too, has amazing community events and vibes, cool decoration, and great safety features. Where the Thai hostel far beats the “Number One and Three in the world” residences, however, is in bathroom quality. I may never see a nicer shared bathroom in my entire life as I saw in Lub-d! You can find a photo of the bunks and bathrooms of Lub-d by clickity-clicking here. 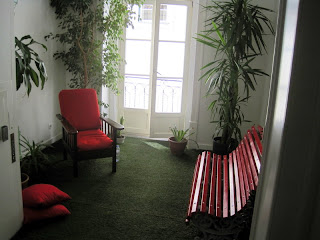 My favorite thing about Lub-d’s bathrooms (besides the gleaming chrome fixtures) is that each of the many shower stalls has its own private antechamber in which you may disrobe, lay down your towel and toilet kit, and generally transition in privacy from the outer realms into shower world. Does the number one hostel in the world have this feature? Alas, no… meaning that I flashed the entire hostel hallway while trying to negotiate the undressing-in-the-middle-of-the-bathroom situation. Whoopsie!

Even, however, if we were to agree that the earth’s best hostels are in Europe (which they’re not), or that they are in Portugal (also, likely not), there are other hostels in Portugal which in some ways are even better than the top-rated ones from Lisbon! For example, the best hostel my brother and I stayed in during our week in Iberia was actually the Poet’s Hostel in Porto, Portugal, pictured to the lower right. It was wonderful! Just what I needed after the long flight from Africa. 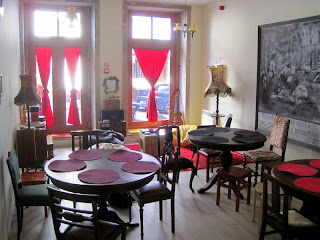 In the end, though, “Top Ten” rankings will never be satisfying. How many times have you watched a “Top Ten Best Songs of the 80s” countdown and gotten hoarse screaming curses at the screen? Preferences just can’t be boiled down like that.

But if we were to spin these rankings in a positive way, let us say this: Know that there are MARVELOUS hostels in this world, from Europe, to Asia, and beyond, and they’re not just for drunken twenty-somethings! Instead of shelling out hundreds of dollars on a fancy hotel the next time you travel, take a peek at Hostel World or another online site to see if you can spend just a ten or twenty dollars a night on a bed in a place with real character and charm!

Previous Post: « The Magical Forests and Gardens of Sintra, Portugal
Next Post: The Disastrous Pastry Episode of Lisbon, Portugal »