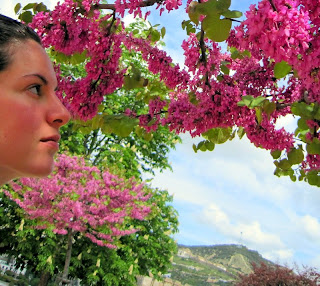 Today marks the THREE HUNDREDTH article on Around the World “L” in nine months!

Let us celebrate with an update of what the heck is going on, and where the heck this is all going. First and most importantly, though I will be flying back to Boston in two weeks (oh my home, how I have missed you!), this blog WILL GO ON for another year at least.

Why is this? Because after teaching summer school (which, rest assured, will be supremely blog-worthy, within the bounds of paranoid American student privacy laws), I will begin a new job… abroad! Thrilling details are still being worked out, but it now appears that I will be flying out of Boston again in early August to continue the Around the World adventure for many more months! 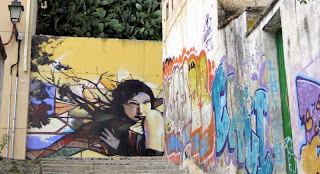 Now this brings up the issue of AMBITION. Do you consider yourself an “Ambitious Person?” To be honest, I never before saw myself as ambitious. I never wanted to be.

Even when I was a varsity high jumper in college (that’s where being six feet tall will bring you), I was infamous for choking at the last minute, thus bringing home second or third place instead of first– even when I had previously proven in practice that I could jump that winning height. I just didn’t have that fire to win. Was it a gender thing? Was it the belief that winning will make a girl hated?

Then for six years in Boston, I was content to quietly chug away in my little classroom. The aspiration of becoming a truly effective teacher is a heavenly one, but through it all, I never considered myself ambitious, nor did I take the steps to rise in my field the ways I could have. That’s not good. 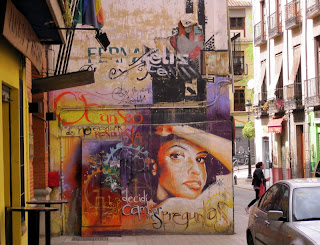 But all this has changed since the birth of this blog last July. I am now officially AFLAME with sparkling, sizzling, scrumptious AMBITION… and it feels great! I am writing and traveling like a maniac, and networking to such an extent that right now, as you read this, I am having dinner in Valencia, Spain with the number ONE travel blogger in the entire WORLD (who, by the way, is extremely nice), plus a head honcho of the Valencia Tourism Board!

What is my ambition now? To have tons and TONS of new, wonderful readers like you! I want what I write to get READ and interacted with, and I want to be KNOWN (positively of course) in this scene. Ambition: it’s not a bad thing!

Photo Note: These are the last set of photos from gorgeous Granada, Spain, before I unleash the current Cordoba and Valencia pics. Ahh Granada: even your graffiti is pretty!

Those pictures are really, really cool! They are really good too! I am glad you came back to teaching though. You are a really good ELA teacher. ELA is actually fun! I wish I could draw. :(

Aw thanks so much, Courtney! And as your grades and great class participation prove, you're a really good student :)

Ambition is great! It's just a matter of carrying it out.

I know how you feel about choking in high school athletics. It doesn't get much worse than having a championship in your grasp and having it pulled away from you in the end. It has happened to me more than once on the mat.

Nice blog! You should check out our site and post some stories. We've got a cool thing going and it'd put you in front of a bigger audience. We also have contest give-aways, including one this week. Check it out-- www.yourlume.com

Congratulations on your new job, it sounds like a very nice job. Its exciting that you will be continuing with the blog i hope its for many years to come. Its good to read that you have discovered your AMBITION. Wish you all the best with you new career and ambitions.