Before New Years, I knew I was going to take the coming year off to travel, but the plan at the time was to live in Barcelona, Spain (simply because I heard it was fabulous). Over New Years, however, I met a large group of traveling women who raved about how fabulous all these different countries around the world were.

A “ding!” sound went off in my head, and I realized that a year off deserves a Big Mama Trajectory… specifically: The Other Side of the World… Asia. Thus the beating heart of the RTW Ticket vision was born: Southeast Asia must be front and center. 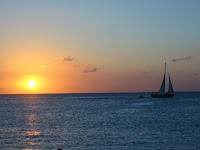 During the next few months, and my ultimate negotiations with the STA Travel agent, a RTW itinerary was born. Now, the stops on my journey are all founded upon the firmest of my trademark illogical logic, backed up, as always, with cosmic signs, auras, and “knowing it’s the right thing at this time”. What follows is the rationale for each leg. If you or anyone great you know will be in any of these areas at this time, let me know, and perhaps we can join forces!

1. San Francisco (Aug. 12-15, 2009 = 3.5 days):
I LOVE my brother, David. He is the best! And I LOVE my college roommate of 4 years, Meg. Both live in San Fran, so when the STA Travel agent, Drew, said “Your outgoing ticket offers a free stopover in SFO or LA to make your flight to Asia a bit more tolerable,”

I squealed with delight. I am so happy I will be able to see David (who will be returning from leading a youth trip to Peru and Brazil), and Meg (who will be returning from helping our friend Aaron “protect the crystals in Montana”). Things I will demand: tons of hugs, that ice cream in Japantown that comes in a homemade crepe cone, hikes in Marin hills overlooking the ocean, and long catch-up conversations that delve deep into the past few months, dreams for the future, profound musings, and juicy gossip. Yay! :)

2. Japan (Flying into Tokyo Aug. 16, and out of Osaka Aug. 24, 2009 = 8.5 days):
The world travel beings! And also: Mmm… sushi. The flight to Bangkok has a mandated stop in Japan, and how can one refuse sticking around that country at least a week? Japan is everywhere in our world, and I want to see it, on the ground! I also do not desire to go broke, so more than 9 days was a no.

As I’ve spread my friend-seeking tentacles, a bevy of fascinating contacts have emerged. If all goes according to plan, I will meet up with 7 friends of friends of relatives of friends in Tokyo, then take a cheap form of transport to Osaka (despite the lure of the $200 bullet train) to hang out with my friend Marleny’s high school BFF, Gordon, who has been doing the Japan thing for five years!

3. Thailand (Flying into and out of Bangkok, Aug. 24 – Nov. 16, 2009 = 2.5 months):
I have traveled extensively in Latin America, and every traveler I talk to gushes, “This country here is cool, but the BEST EVER was Thailand, man.” Word on the traveler circuit is that Southeast Asia is inexpensive, beautiful, beach-laden, and friendly. I like those things! Over the 2.5 months in SE Asia, I hope to: rock out the gorgeous beaches, meet fun travelers, eat like a beast, take a massage course, see at least 1 other country besides Thailand (Vietnam? Laos? Indonesia? Cambodia?), and so much more.

If I run out of money (which is a distinct possibility, despite having worked full time, lived thriftily, and saved for 6 years), or if I get a hunger to contribute more to society than my charming personality, I may try to get a gig teaching English. (Huzzah for TEFL Certification!) Finally, a sizable handful of friends and friends of friends will be in SE Asia when I’m there, so hopefully we will meet up. Tis all exciting!

4. Dubai (Nov. 16 – 23, 2009 = 7.5 Days):
This has to happen. “But Lillie, that’s a dumb idea. It’s a lame, vapid, expensive place,” scoff many folks who have visited. It doesn’t matter. I have been obsessed with the glitzy, artificial palm island-filled world that is Dubai for the past decade, and the fact that I have two awesome friends living there only re-emphasizes that I am supposed to do the Dubai. Will it be as LA-on-steriods materialistic and ridiculous as I’m told? Who cares! I gotta see it! :)

5. Istanbul (Flying in from Dubai with a layover in Bahrain, Nov. 23, 2009):
Shout-out to STA Travel Drew! This stop was his smart response to my, “Um, maybe I want to go to Greece or Turkey or Eastern Europe or Israel or something, you know?” By Drew’s rationale, not only is Istanbul fabulous and fun in itself, but it is a ferry, train, bus, or cheap plane ticket to any of the places I “might, you know, maybe” desire to visit. Yay, Drew!

6. Overland European Goodness (Between Nov. 23 and March 30, 2010):
I am cosmically supposed to spend some serious time in Barcelona. I’m not quite sure why (other than that it’s super glamorous, is on the beach, and I love Spanish), but I know the universe’s signs are slapping my face to go there. So I will! Several fabulous contacts await. I also fully intend to get all up in Spain’s other nooks and crannies, and rock out my language skillz, clinging lovingly to Latin American proclivities despite pressure not to. 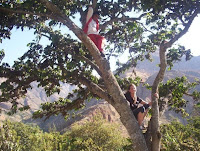 In other Europe possibilities, Greece would be lovely, my family is talking about meeting me in Italy (where, in addition, a friend and her new baby reside), Poland is my Jewish immigrant heritage, and several friends have talked about a jaunt across the pond. I’m flexible! Want to meet up? :)

From Spain, I pre-scheme an exciting trip to Morocco, and have strong advice to try for Tunisia as well. (Apparently my coworkers went there and said it’s the “best ever!!!!”)

I have a deep desire to go to Israel, though I’m scared. (I do identify as Jewish, and my mother and her side of the family just returned from a great trip there.) I have three great people I could visit, so we’ll see if I can make it happen.

A friend has talked about meeting up in his homeland of Togo, and another chum will be in South Africa, both of which would open the door to my dream of spending time in Africa. If this doesn’t happen on this trip (It’s highly money dependent! Who knows where my funds will be by January?), it MUST happen in the near future!

8. Madrid to Boston (March 30, 2010):
This booked ticket home is necessary to obtain the entrance visa to several countries on the list. It is for March 30 because that was the latest possible date Drew could arrange, but it is extendable (or outgoing city switch-able) for a small fee. It flies out of Madrid because, as mentioned before, I am cosmically supposed to go to Spain. Gotta follow the cosmos, man.

Again, thanks to all for your love and support. If you’ve got suggestions or meetup-schemes, send them!

You changed a lot of the countries that you did and you also changed how long you went to each country.

I've got to say, this article is so interesting! The excitement in your words was getting me excited! I have always wanted to go to another country. Mostly for the fun, but also to compare it to the United States. Whether it's the food, money, entertainment, I don't care, I've just always wanted to really experience the joy and fascination of being in a totally different place then I'm not used to. I think it's really cool that's you've gone to Japan. I know that I would spend all of my money trying to grasp as much of that culture as I could!

You are so lucky to do these things.

Naseem, it's not about luck so much as a LOT of working and saving money and planning!

This was a very interesting story Ms. Marshall!

My friend has gone to Japan and Dubai. She said they were really cool, and interesting places to visit.

Too bad I ended up switching my plan and didn't make it to Dubai!