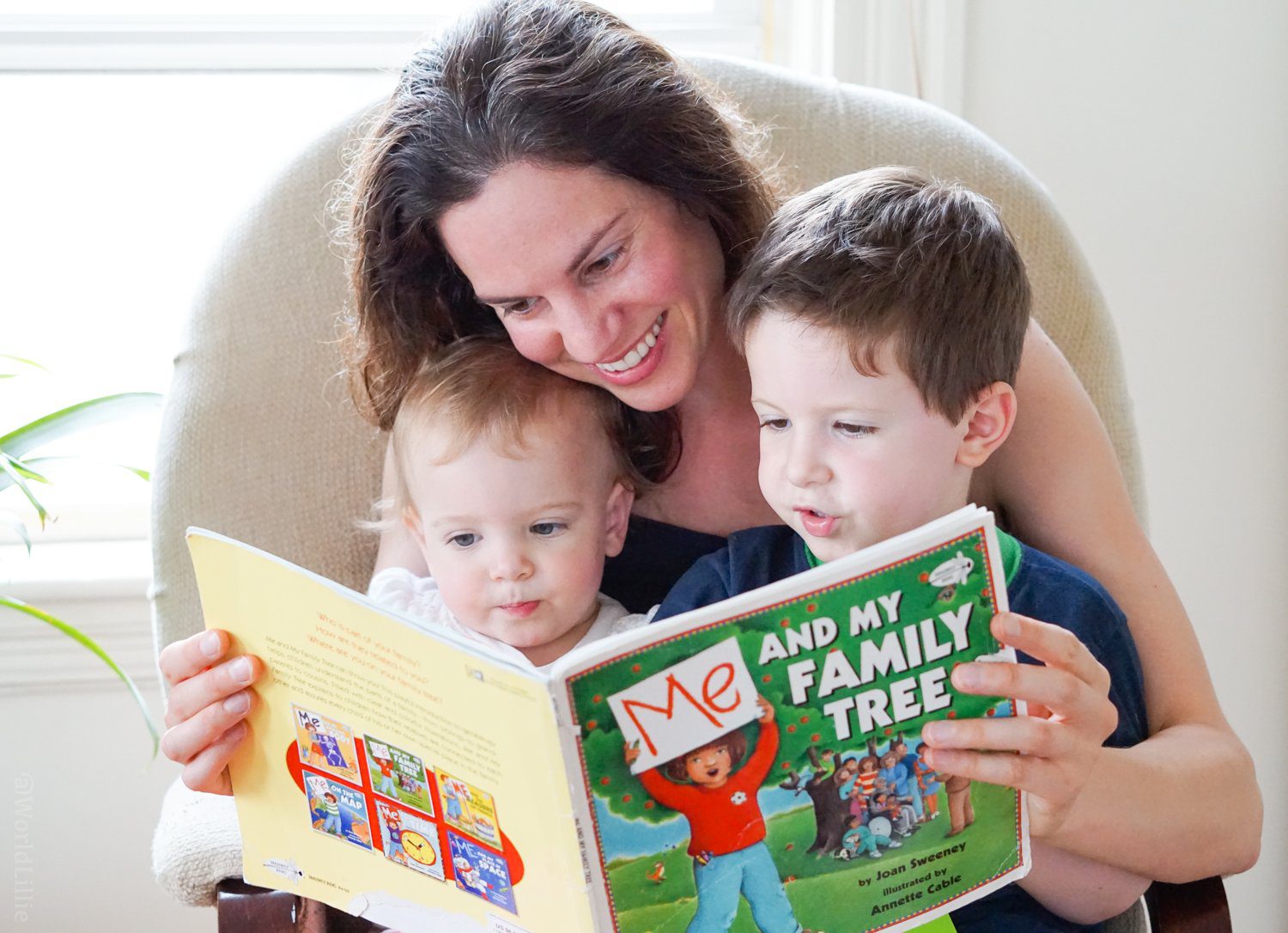 Where are our ancestors from? One way to find out…

“Do DNA kits even work?” I muttered, pulling the colorful box from its packaging. I’ve heard of so many people learning their ancestry from spit testing recently, that when 23andMe offered a trial, I couldn’t resist.

After all, as a traveler, isn’t ancestry a good motivation to direct one’s world explorations? But I remained wary. What could simple spit even show about me? 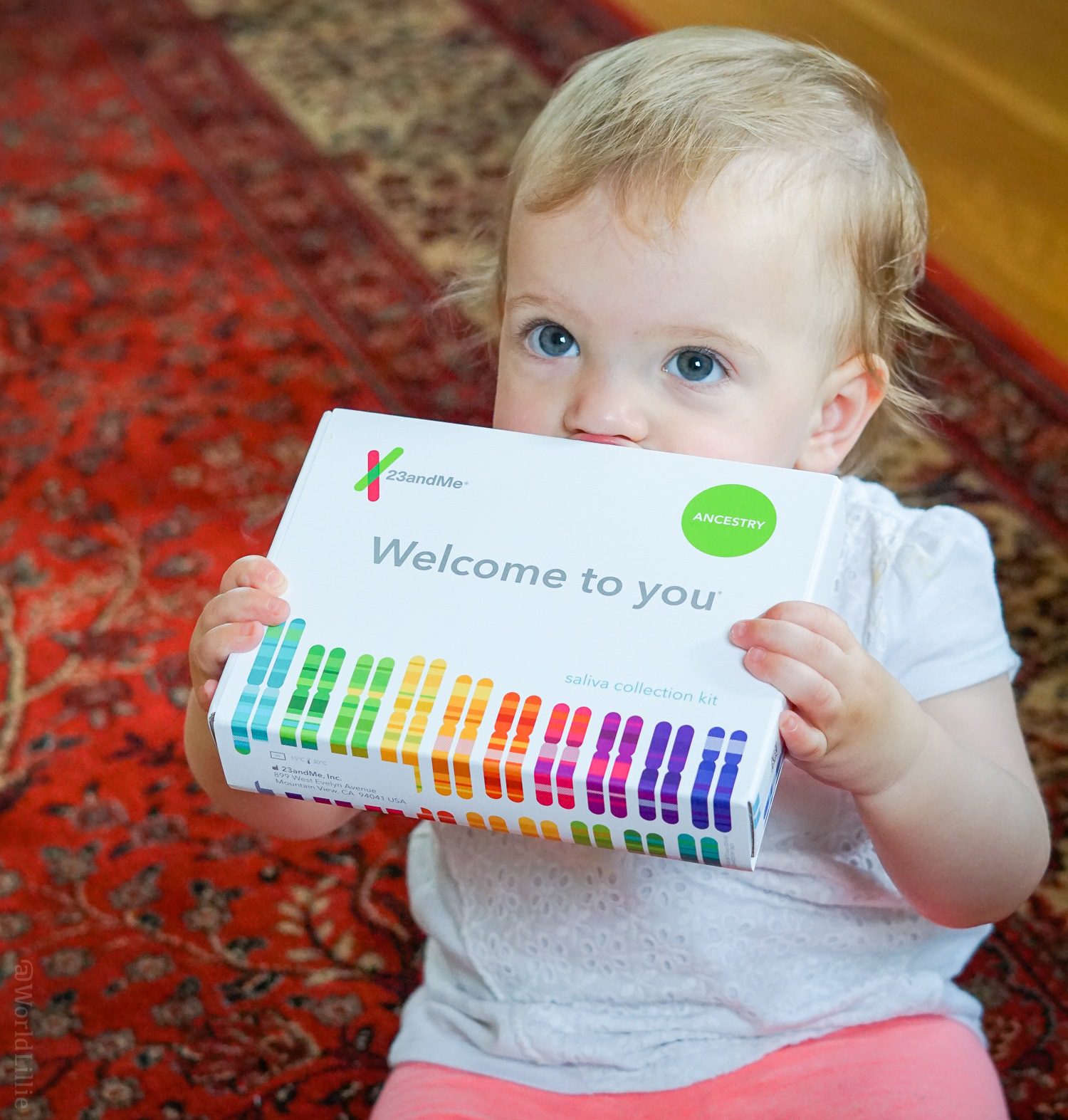 The box with everything you need to send in your saliva for DNA testing.

Before I dive into what went down next, however, a few disclaimers. First, despite the photo above of my daughter trying to eat the 23andMe box, and the photo below of my son in the middle of bopping me on the head with the spit vial, these DNA tests are only for adults over 18 years old. Sorry, little cuties! Gotta wait a few years.

Second, if you want to get your own kit, all links in this article are affiliates that support this site at no cost to you, so click away! 23andMe is always offering promotions and contests (even including free travel to follow your ancestry), thus it’s worth a look. Now back to the show. 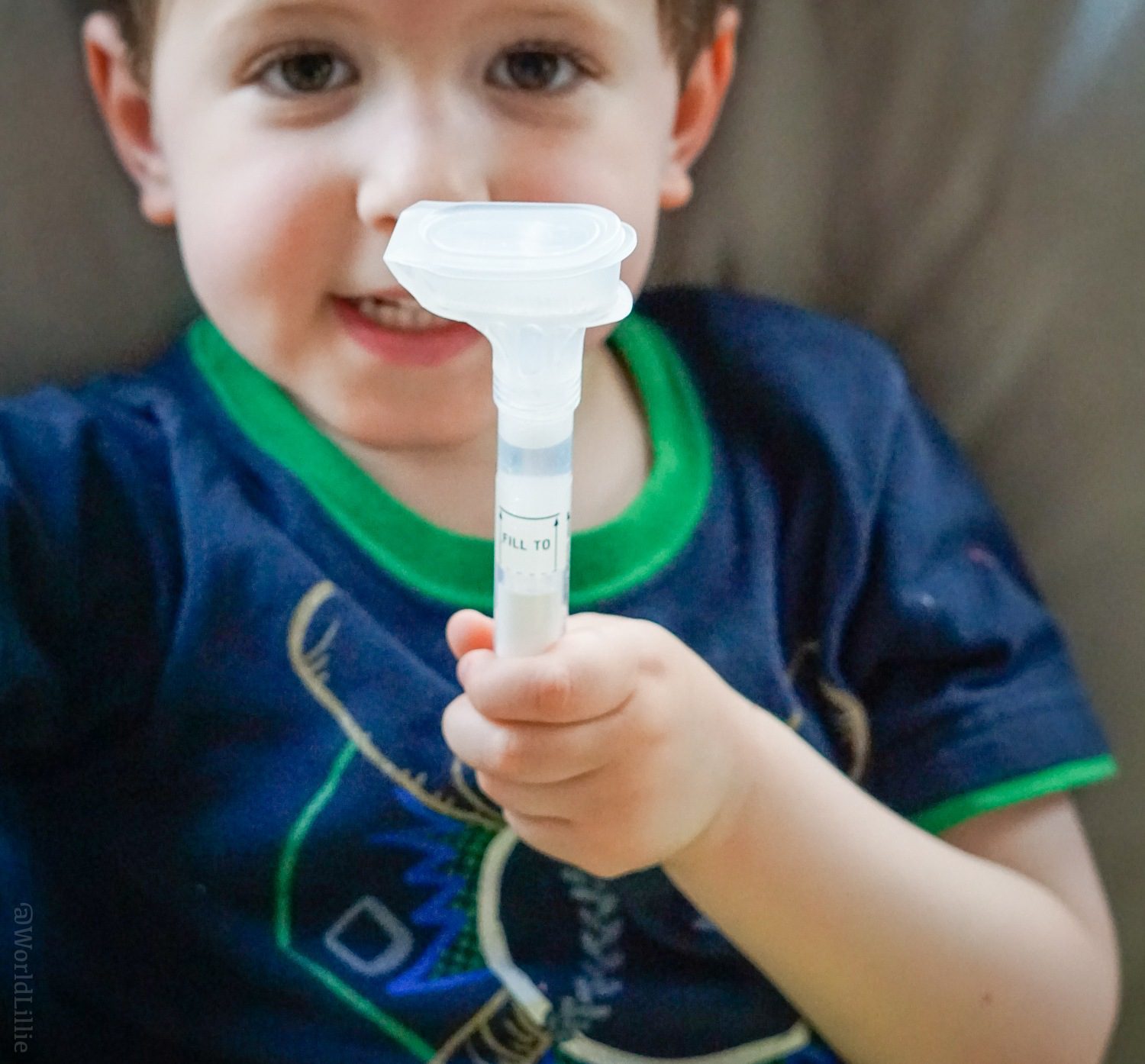 The tube I spit into, and then mailed to be DNA tested.

I pulled the tube and instructions out of the box. With a few minutes of spitting, the vial was filled to the line. “Ew!” said my son. “Bbbb!” gurgled the baby, demonstrating that she, too, could produce spit.

I registered the vial online, copied down the code, sealed the small shipping box, and trotted down the street to mail it in. A few weeks later, I got the email that my results were available online. Yippee! I logged in and went straight to the ancestry section.

I have DNA from all these geographical places in me! But mostly two regions…

As expected, I’m half Mom and half Dad.

Gazing at the results above, you can clearly see: I’m half Ashkenazi Jewish (from my mother), and half Northwestern European — mostly British and Irish — from my father’s side. Ashkenazi Jews settled in Eastern and Central Europe about 1,000 years ago, and indeed, my mother’s family traces its roots to a town in Poland which has since been annexed by Ukraine.

Now, a new trend in travel is “Ancestry Travel” — tracking down one’s roots in person, and this DNA test has certainly kindled that fire in me. I’ve already started to explore Ireland and loved it, but I haven’t yet dived into Britain or Eastern and Central Europe. Adding those spots to my future schemes now!

This timeline was fascinating. Who is the Native American relative?

Though the DNA test confirmed a lot of what I already suspected about my heritage, I did — like many people — find some surprises. Mine came in the form of the ancestry timeline, above. Hovering over the far right lines, details about distant relatives that were Native American, French and German, and Sardinian emerge.

I asked my mother, “Did you know we had someone Sardinian in our family tree?”

“I didn’t know about that,” she replied, “but your grandfather sure did love sardines!”

So what about you? Have you tried DNA tests like 23andMe? What’d you find, and did it inspire future travels? If you haven’t tried a DNA test, would you like to? Do share!

I was provided with a DNA kit for review, but all opinions and cardboard-eating children are my own. Purchases via these links support this site at no cost to you. Happy DNAing!

I couldn't help but gawk at how adorable your kids are ! Love that this test is easy to use :)

I love your mum's response! These DNA tests do seem to be quite revealing and a good way to help us understand the world today I think!

Interesting! I've always assumed that I know exactly what my ancestry is (British/Irish/German) but now I'm wondering what else might be in my background...I may have to try this out. I've done a bit of ancestry travel and it's quite moving to be in the place where your ancestors once lived!

I've always been curious to get a DNA test although I think I know my makeup going pretty far back. It's interesting to see what surprises await. Plus, what a great way to decide where your next trip is going to take you.

Ancestry travel is such an interesting concept. Finding out something completely divergent from your views about your family history and then travelling to discover your roots sounds like so much fun.