The Food I Thought Was Too Good to Exist 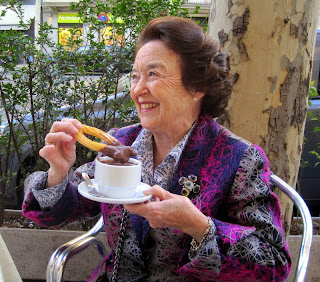 Before he boarded the plane back to California, my brother hollered: “Don’t forget to track down that crazy chocolate thingy my friend told us about!”

“There’s no way it actually exists,” I scoffed.

At the start of our Iberian week of adventure, my sibling had whispered a rumor he had heard.

“My friend told me,” he hissed conspiratorially, “that in Spain they drink this chocolate “beverage” which is so thick it’s basically a melted chocolate bar, but is also kind of fluffy. He says it’s AMAZING.”

“I don’t believe you,” I said. “The concept is simply too good to be true.”

“Seriously, it exists!” insisted my sibling. 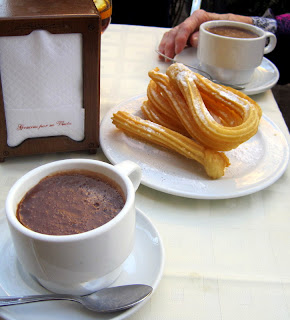 But plans got hectic and so we were never able to find the good stuff before my brother’s flight. He boarded the plane home, and I moved in with my generous friend-of-friend hosts in Madrid, Spain.

And then, like a glittering miracle, one of my hosts suddenly asked: “Would you like to go for some churros y chocolate? Perhaps you have heard of the drink: it’s so thick it’s almost like a melted cho–“

Oh sweet heaven. The glorious steaming cups appeared before us, frothy and thick. A sip was joy in a mug. And, WHOA! My brother had told me there would be thick chocolate goodness (mmm…), but he did not inform me that there would also be celestially crunchy fried dough sticks to dip inside the cocoa: the churros!

The lesson of this tale is that there are some legends in this wide world– legends as big as the Loch Ness monster– that are actually, blessedly… true! 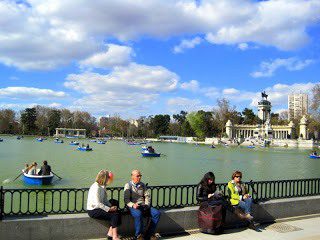 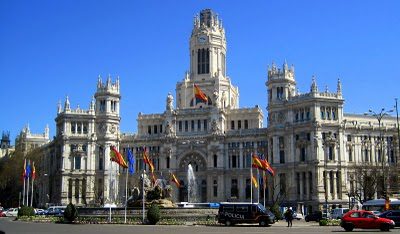 Yes! For a long time now I have been telling people that the best hot chocolate is in Spain. Drove down the west coast with a friend and that was about all I ever orderd - and I certainly do not have a "sweet tooth"! No one seems to believe me though... which is also ok. They just miss out... that's what they get for being so narrow minded!

You are not crazy! It is exists... And is amazing!

These look so good and really fresh! If I were you I would ask for the recipe and make these desserts every single day. The churros looks so good with all the chocolate all over it.

I just finished dinner about an hour ago. Now, I'm hungry. I feel so fat. That looks so good!

I don't even like like Chocolate that much but want some of that! Especially the churro part I LOVE them!

Now I've just realised how much I miss that!!!! Absolutely delicious!