The Magical Forests and Gardens of Sintra, Portugal 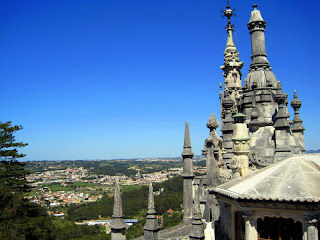 An unexpected joy of touring Portugal: the forests and parks are stunning! Just how stunning are they? They are so magical that the official informational plaque outside Sintra’s Quinta da Regaleira gardens reads like something out of a torrid romance novel.

So slip on your velvet smoking jacket, light a toasty fire and your favorite old fashioned pipe, and let’s take a nice, long read of the actual text on the Regaleira garden wall.

“Within the Sintra landscape, the pleasure gardens of Regaleira are distinguished by their complex structure of mythico-magical and sacred spaces, whose dense symbolic content provokes fascination and bewilderment. 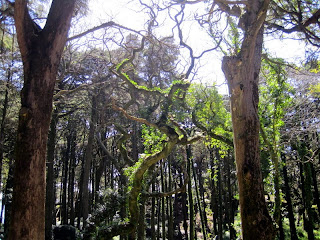 The mysterious burden that resides therein is intensified by varied towers that rise within the garden, and shafts that pierce the bosom of the earth, (themselves admitting to a network of tunnels and caves), thereby appealing to a fantastic dream composed of the unfathomable voyages to the centre of the earth. These characteristics define the gardens as one of the most interesting example of an hermetic (or occult) landscape in all of Europe.

The varied temporal styles of the gardens of Regaleira are imbued with an eclecticism composed from the dust of memories.” 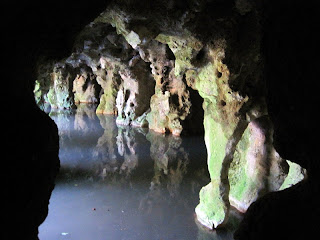 WOW! Do you need a cold shower after that steamy prose? I think I do. “Shafts that pierce the bosom of the Earth?!” Oh my. “From the dust of memories?!” Ooh, dramatic!

But all joking aside, I HIGHLY recommend the Quinta da Regaleira garden if you are anywhere near Sintra, Portugal. It is like a giant, magical playground for ancient royalty… and now for us tourists, too!

Allow at least two hours to fully explore the hidden treats and games of the gardens. My brother and my favorite part was the network of secret caves and underground grottoes snaking under the grass and graceful castles. We do suggest, however, that you bring some sort of flashlight for cave exploration, so you don’t plunge headlong into a giant puddle as one of us did! 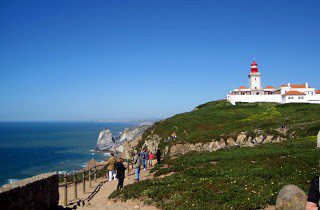 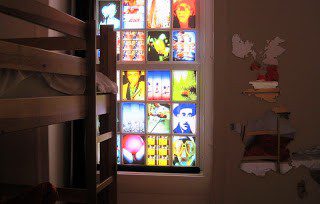 Really, What ARE The Best Hostels in the World?
Read Next Post →
Click here to cancel reply.

It's definitely my favourite place in Portugal. At one point a friend of mine worked the ticket office at Quinta da Regaleira and I'd go almost every weekend. Good times!