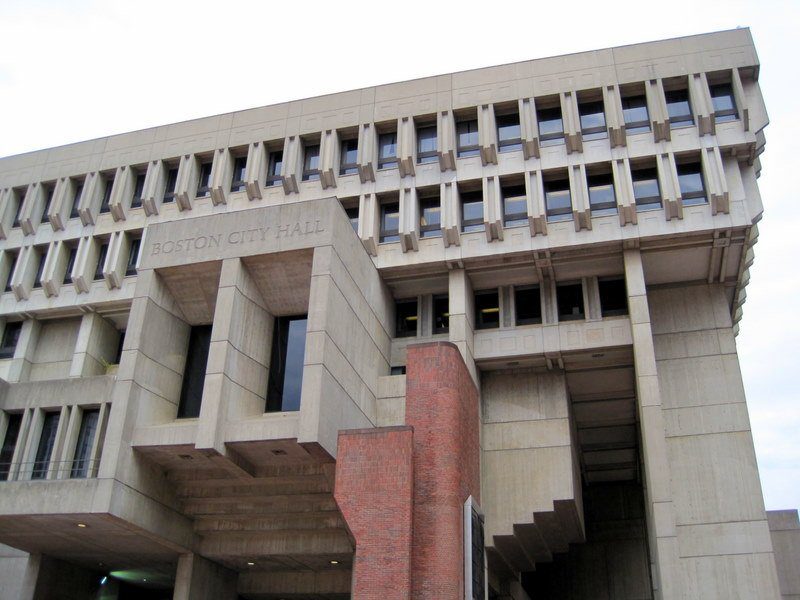 It’s not pretty. And, yes, we make fun of it all the time. Normally I stand up for such outcasts in life, but in the case of this ugly brick-ling, I’m with the bullies: “Ew.”

Boston City Hall: not even being guilded in gold like your State House sister would help you.

Online research about City Hall is sending me into gales of laughter.

Here are some gems of knowedge from Wikipedia: 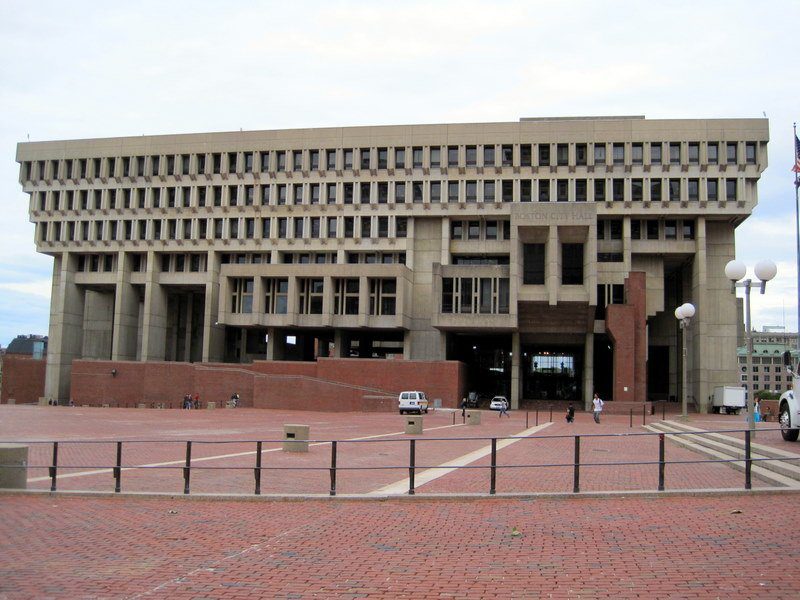 Dude… Look at it. Just look at it.

For years, I had this naive vision that maybe, just maybe, the inside of Boston’s City Hall would redeem it.

Maybe it was lined with plush, carpets in soft hues, adorned with crystal chandeliers, and caressed by warm, soft air!

But oh-ho-ho-NO, my friend… turns out the inside does NOT redeem the outside. If anything, it’s worse.

When I had to enter City Hall for the first time a few years ago to hand in some Boston Public Schools form or other, I literally thought I’d entered the lair of Hades. The fridgid air lashed my skin (Wikipedia explains the near impossibility of adequately heating the twisted building), and the walls were a jagged, unfinished concrete akin to the dripping inside of a cavern deep in the Earth’s core. I half-expected to see a bat (or ten) swoop down and give me rabies.

Ahem. I am being a jerk. But… seriously, man. That building! 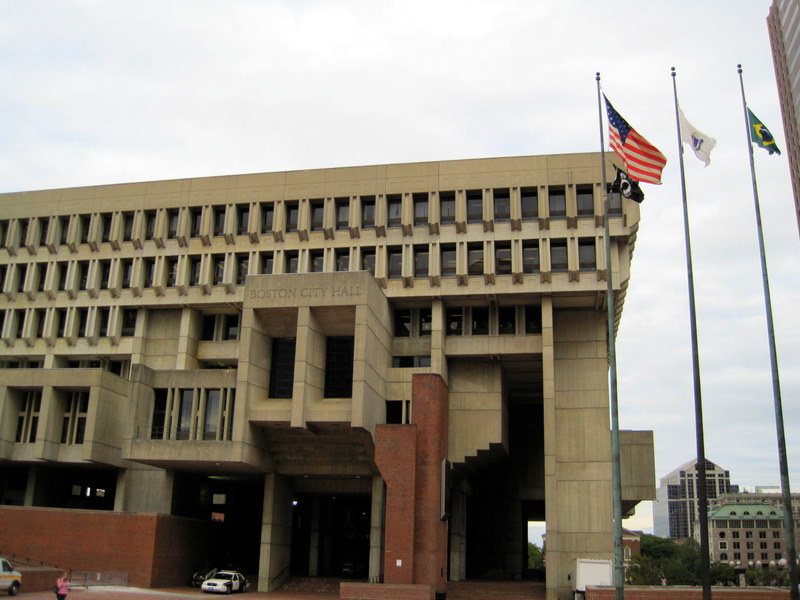 When I see the building, all I can hear is the sound “Ker-thump!”

Let’s try to be positive for a moment: the large, “unadorned concrete and brick plaza” (thanks, Wikipedia) in front of City Hall does have its perks.

And thus I must grudgingly admit that the architecture as a whole brings the city together.

There was some talk in the past few years by Mayor Menino about constructing a shiny new (non-evil) City Hall by the Seaport District… but then the bad economy zoomed towards us and that plan was aborted.

And thus, scrappy City Hall, we are stuck with you in all your scratchy concrete glory. And deep down, I guess we have a soft spot for ya.

Sick of un-sexy architecture and want to check out some truly beautiful buildings? Click here!

I respect your point of view, even thought it differs from mine! :)

But wait, don't rip on City Hall. It's not the same sort of City Hall we have in NY, but given that sort of standard, a city hall building can either be 1) normative or 2)dis-normative. And among the world's buildings that fit that second group, I'd bet Boston's City Hall is one of the most beautiful. ...especially compared to the Fox News Tower.

I will say that this one was a tad bit obvious.

For anyone from Boston, they'd guess the building the moment they saw the title! :)

City hall is UGLY. I mean, a student that has no artistic genes can design a better building (I have the genes though) and why in world does the city hall have some similarities with the building designed by Frank Lloyd Wright named "Falling Water"? Falling Water is nature and decorated lavishly, unlike the Boston's City Hall. >:P

Ms.Marshall,the Scooper Bowl is the most awesome event. My most favorite ice cream there is the golden Oreo rush with Golden Oreos and vanilla ice cream. Also it is only seven dollars and all you can eat. Don't forget it supports the Jimmy Fund. So it is benifiting you and the world.