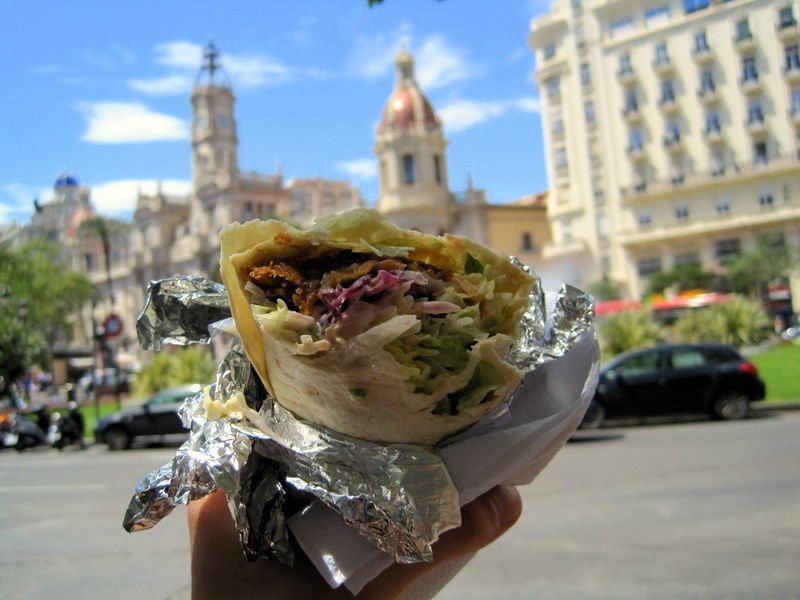 One of the few “walkable” wraps I found in Valencia, Spain!

I am drooping like spinach in a frying pan right now due to jet lag… but I haven’t missed a single day of blogging since that night I was ill on Ko Phi Phi in Thailand, seven months ago (and before that, even longer) so the show will go on! Commitment feels good.

I am OVERJOYED to be back home in Boston with loved ones, after nine great months abroad. Now, as you already predicted would happen, you smart thing you, being away has given me rabid appreciation for things that I never noticed before in my natal country. Today let us examine two of them.

1.) America is great because it has abundant healthy food and drinks you can WALK with!

I have been told that eating while walking is extremely rude in other cultures and countries… but frankly, I don’t give a hoot. Striding while slurping is one of my favorite activities on earth. Full body eating! It’s life to the extreme.

America is the capital of eating on the move, and so healthy sandwich wraps and delicious iced coffee To Go cups abound, hallelujah! Alas, the rest of the world is the ANTI-capital of ambulatory eating. Boo! I spent some ridiculous hours in lovely Spain grumbling like a brat about how I wished I had a salad wrap to grasp but could find none. Spanish-style, four hour seated meals with friends are fantastic, but sometimes a gal’s gotta do food things quickly, alone, and with movement… and it’s even better if this can be done with minimal fried content. 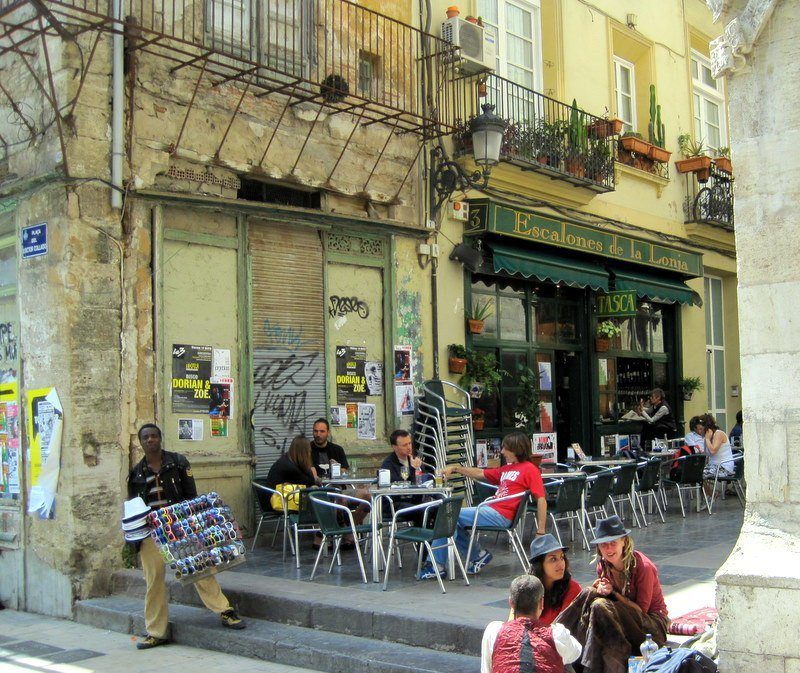 This photo from Valencia, Spain illustrates both points!

The stereotype of Americans is that we’re lardos with hamburgers and hot dogs pouring, greasily, out of our ears. But after traveling around the world, I confidently declare: America has more fast, portable, healthy food options than anywhere else I’ve been!

2.) America is awesome because of its racial and ethnic diversity.

What a joy it was to get on the “T” today (Boston’s subway system… the oldest in America) and see a rainbow of hues and shapes! Listen: Continental Europe is getting increasingly diverse thanks to immigration, but to be honest, the majority of West African and Indian and North African immigrants I observed in Spain and Italy seemed to be employed in street sales of sunglasses and scarves rather than integrated into the fabric of society.

For sure, America has profound racial problems, but this country remains one of the best on earth at embracing EVERYONE, and encouraging advancement and integration. I always thought this cliche was a myth, but after looking around the globe, I’m proud to embrace it as true.

To summarize: from little things like salad wraps, to massive elements like multiculturalism, I love my country. Thanks, rest of the world, for teaching me this! 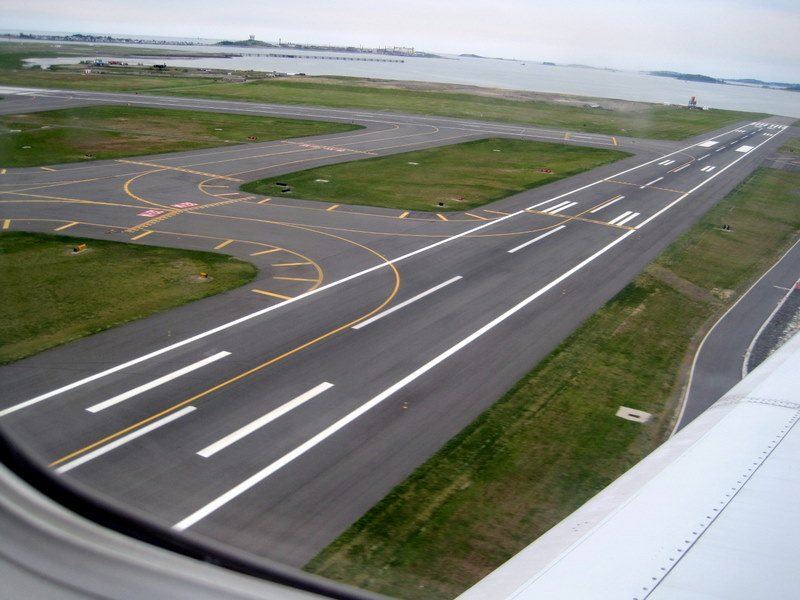 Hello Lillie, I don't think eating food is rude in Spain, at least here in Valencia. We have what it's commonly known as "bocadillo" or more colloquially "bocata", which is like a wrapped bread baguette which can be stuffed with uncountable types of food usually exposed on a bar counter. Every typical bar serves them, to eat them in there or to bring them out wrapped. I think there is no problem to go walking around whilst eating one of them, unless of course someone throws the wrapping to the ground when finished. I hear that Rome has just approved a law to ban eating on the street on your own at important tourist spots, and Madrid seems to be planning on a similar law.

However Spaniards tend to calm down at lunch and dinner times. After all, you enjoy more a meal sitting, relaxing, chatting. Perfect to unwind and release the stress of the day. And this is also a perfect excuse for tourists, who after all the morning/afternoon walking and visiting spots, a relaxed meal will make them feel great.

This reminds me of the joke about what people say about Americans. Only Americans are really fat because they eat at McDonald but I don't believe that. I'm average, maybe a bit over average.

Where is it rude to walk and eat? I'm surprised by this statement. I agree with the ethnic diversity. It's funny as an English teacher trying to explain what "Canadian" or "American" food is. "I'm like, uh... well, it's not ALL McDonald's."

I'll add one other great thing about America, it has developed some great rock and metal music talent. I will shamelessly promote my Myspace playlist:

Steve, it's considered rude to eat and walk at the same time in Japan.

Well-said :) Indeed, it is seen as SO rude in many countries to eat and walk... as I know well, after being yelled at numerous times. How inefficient! :)

So walking and eating is considered rude in other countries? What about walking and drinking?

As much as I love America! I think sometimes it's healthier to just sit down and eat you know! In Nigeria for instance, it's very rude to walk and eat, it's somewhat a sign of disrespect.