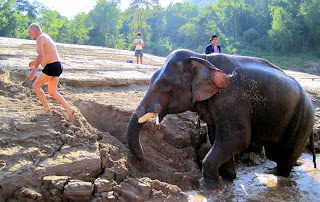 (Note: All photos accompanying this article are from the two-day Mekong Riverboat journey from Luang Prabang, Laos, to Huay Xai on the Thai border… including some serious elephant action at one pit-stop. Yeah, I have no idea why they were there, either, but they’re awesome!)

“Ah, I see you just finished “Tropic of Cancer”!” said Rebecca from across the aisle of the Mekong riverboat. “Shall we swap books? I’ve got a few in my bag I want to get rid of.” 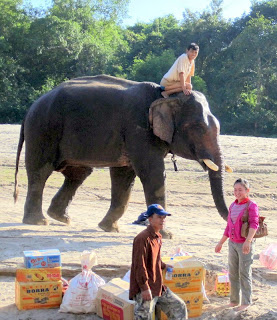 Seeing my look of sheer horror as I clutched the novel to my chest, Luke let out a giant laugh.

“She’ll never give up that book, Becks,” Luke said to his wife. “She’s obsessed with it! Plus, it’s probably too raunchy for you.”

Two months ago in Ko Tao, Thailand, I bought this used copy of Henry Miller’s “Tropic of Cancer” for the exorbitant price of $7. I was lonely, directionless, and trapped by inertia in Couple-World Island because all I wanted to do was write, write, write… though I wasn’t quite sure where all my typed words were getting me. I nestled on the beach that afternoon and opened the breast-adorned cover. “It is now the fall of my second year in Paris. I was sent here for a reason I have not yet been able to fathom. I have no money, no resources, no hopes. I am the happiest man alive. A year ago, six months ago, I thought that I was an artist. I no longer thing about it, I am. Everything that was literature has fallen from me. There are no more books to be written, thank God. What is this then? This is not a book. … I am going to sing for you, a little off key perhaps, but I will sing.” (p. 1-2)

AHHH!!! YES!!! That was it! I hugged and kissed the musty book, felt my spirits rise like crazy, then continued reading as Miller veered from G-Rated to a literary NC-17.

Listen– I can tell you that this classic book is raunchy and still keep my schoolteacher cred; “Tropic of Cancer” is firmly ensconced at number 50 of the Modern Library Association’s “100 Best Novels of the 20th Century” (which, as a good little English teacher, I am slowly consuming). Read a bit more of the book and feel Miller’s passion for LIFE: 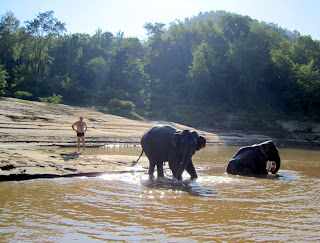 “Today I awoke from a sound sleep with curses of joy on my lips, with gibberish on my tongue, repeating to myself like a litany– ‘Fay ce que vouldras! …fay ce que vouldras!’ Do anything, but let it yield ecstasy. So much crowds into my head when I say this to myself: images, gay ones, terrible ones, maddening ones, the wolf and the goat, the spider, the crab, syphilis with her wings outstretched and the door of the womb always on the latch, always open, ready like the tomb. Lust, crime, holiness: the lives of my adored ones, the failures of my adored ones, the words they left behind them, the words they left unfinished; the good they dragged after them and the evil, the sorrow, the discord, the rancor, the strife they created. But above all, the ecstasy!” (p. 246) 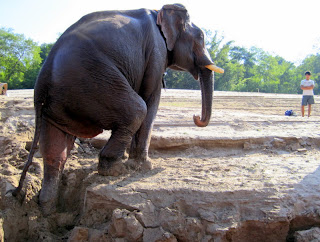 Mmm! Love it! So the basic “plot” of “Tropic of Cancer” is that Miller drinks and whores his way through Paris in the 1930s, penniless, with a bunch of crazy friends. Why is this so pertinent to travelers?

1. Miller is an American, living in a strange country and balancing between the expat world and the French one. Cultural mistrust abounds, as does exotification and fascination. The novel does such a great job of capturing the melancholy euphoria of being far from home. See here how Miller describes the necessity of travel: 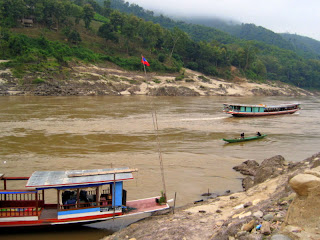 “Human beings make a strange fauna and flora. From a distance they appear negligible; close up they are apt to appear ugly and malicious. More than anything they need to be surrounded with sufficient space– space even more than time.” (p. 309)

2. So much of travel is about connecting with people across grand chasms. “Tropic of Cancer” is a celebration of the fight against loneliness and the struggle for people to connect, both mentally and physically. It’s a celebration of the human race, in all its slimy, gritty glory. (It was a pretty sweet coincidence to read this while gliding up the Mekong River!) Read: “I want to make a detour of those lofty arid mountain ranges where one dies of thirst and cold, that ‘extratemporal’ history, that absolute of time and space where there exists neither man, beast, nor vegetation, where one goes crazy with loneliness, with language that is mere words, where everything is unhooked, ungeared, out of joint with the times. I want a world of men and women, of trees that do not talk (because there is too much talk in the world as it is!), of rivers that carry you to places, not rivers that are legends, but rivers that put you in touch with other men and women, with architecture, religion, plants, animals– rivers that have boats on them and in which men drown, drown not in myth and legend and books and dust of the past, but in time and space and history.” (p. 249-250)

3. Okay, this one will seem like a stretch, but bear with me. In his novel, Henry Miller has countless women come in and out of his… life. He connects passionately and they leave marks on each other’s histories (and also give each other a lot of syphilis), but in the end Miller never speaks to many again. Similarly, when you travel you make such intense, amazing (platonic!) friendships so fast, and tell each other so much, and go through so much together– and then in many cases you never see each other again. And that’s all right! “Tropic of Cancer” is about exploration and newness and connection and feeling. See it here as Miller discusses leaving his former love, Mona: 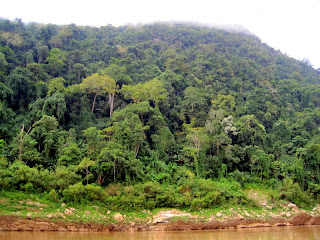 “It was hard to leave her, certainly. I used to lead her around to the porch of a church near the office and standing there in the dark we’d take a last embrace, she whispering to me, “Jesus, what am I going to do now?’ …But the moment I left her my head cleared. It was another kind of music, not so croony but good just the same, which greeted my ears when I pushed through the swinging door. And another kind of perfume, not just a yard wide, but omnipresent, a sort of sweat and patchouli that seemed to come from the machines. Coming in… it was like dropping suddenly to a lower altitude. Generally I made a beeline for the toilet– that braced me up rather. It was a little cooler there, or else the sound of water running made it seem so. It was always a cold douche, the toilet. It was real.” (p. 170)

4. Back to whoring. In Southeast Asia (and in many other parts of the world), the sex trade is extremely prevalent and extremely in-your-face. It is rather fascinating to read about prostitution in 1930s Paris, France in “Tropic of Cancer” while seeing a Cambodian Ladyboy proposition British tourists across the street. Just saying– it makes you think. Here is the cleanest quote on this topic: 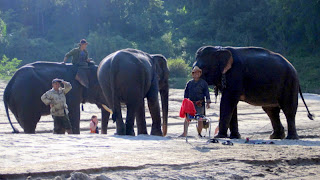 5. When we read Toni Morrison’s “Song of Solomon” in my English class last year, I repeatedly said to students: “You are not supposed to understand everything in this novel. It’s a confusing, gorgeous, million-part puzzle that means different things to different people– and that’s why it’s awesome!”

Similarly, “Tropic of Cancer” is a ridiculously difficult, confusing book, but I found myself gasping with delight every fifty pages or so as something grabbed me by the hair and heart and pulled me in.

Miller’s novel meant something to me, and I think it could mean something to a lot of other folks– provided they enjoy large doses of chaos, confusion, profanity, and spice!

The elephants are so cute!

This book definitely left its mark on me. I think the rawness of life written with such poetic prose. At times I got lost, other times I felt I lived the feelings he experienced from my journeys... Great book to read once one is ready for her... Stay adventurous, Craig

Well I´m convinced. If only I could find a decent selection of English books in NW Argentina. I am feeling the pull of a Kindle...

Adventurous Kate said... I am going out to buy this book tomorrow. Hell, maybe I'll even stroll down to the Borders on Newbury today.

It sounds so much like The Sun Also Rises, my all-time favorite book. During my semester in Florence, my sister pointed out that I pretty much lived The Sun Also Rises -- travel and drink, not a care in the world.

Thanks for the recommendation!

WOO HOO!! I hope you like it!!! I also LOOOVE "Sun Also Rises", but be forewarned that, unlike dear Ernest, Miller uses the f-word and cu-word more times than he uses the word "and"!!!! Let me know how the reading goes :)

[email protected] said... Can't not love Henry Miller. He was doing what Kerouac was doing, but 20 years before him. I've only read Nexus, which seems to be the outtakes. But you remind me--it's time to pick up the Tropic.