Article #7 in the ESL Student Life Story Project, by Andy from China, age 20. 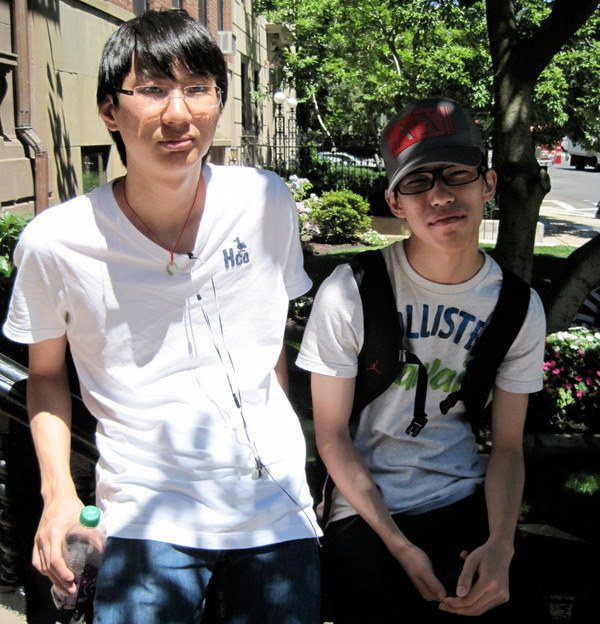 The author stands proud, on the left!

Before going to sleep, I had been playing an online game called World of Warcraft for an extremely long time. How long was I playing? For TWENTY straight hours. From noon until ten am the next day, I was on the computer, killing monsters.

So when I woke up the next day, my brain felt very bad. I can’t describe this feeling, but you might visualize how it would be to work twenty-four hours, then only sleep two hours… then wake up to see the sun strangely low in the sky.

Maybe I slept too little time or maybe I slept too much. Was it dawn or was it dusk? I was too confused. However, I did know that I was VERY tired, and that my vision was blurred.

Through the window I saw a gloomy sky. A few stars were hanging high above in the gray, and some sun glow remained, through which colored clouds were drifting. In that moment, I thought it might be dawn.

I slowly got up, and opened the window because I wanted my brain sober. I wanted to be purified from the video game haze. Wind passed through the window and blew over my face. I stood and watched the sky for few minutes. 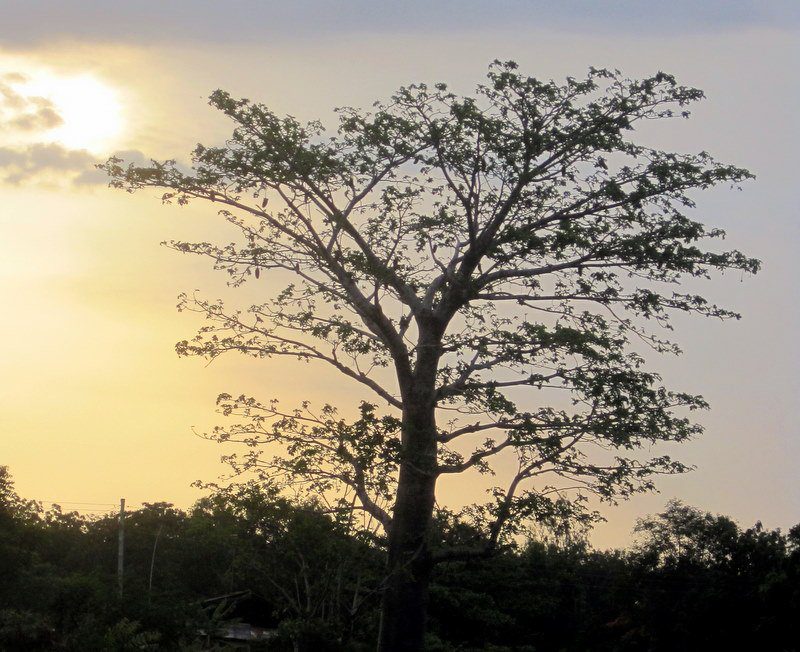 The sky was a dream’s color, and the atmosphere like milk…

Suddenly, I heard a bird’s “Caw!” sound, then the distance became filled with rising white smoke, and the trees’ colors turned to gold. After that, many twilight crows flew in front of me.

The sky’s color changed to a silver gray that looked like a dream’s color, and the atmosphere became like milk. My home in Taishaan, China, is near the sea, and the water from the ocean was filling the air in a gray screen. Trees, houses, smoke, and clouds made silhouettes, posing on that gray sky screen.

In this moment I knew it was not dawn. It was dusk. It was a beautiful, brief, and mysterious dusk. Then, when I wanted to appreciate it, it disappeared.

At that moment, I knew I needed to leave my virtual world and embrace reality.

Lillie’s Note: I think this article is downright poetry. Who knew that twenty hours of video games could produce such a revelation? Please leave Andy a comment, stating your geographical location.

i love video games, i wish i was him

Wow who still plays World of Warcraft. It is NBA 2k11 and Call of Duty Black Ops now. 20 hours straight is nothing. I have done 24 hours plus straight and still had time to beat another game. "Get at me son."

I agree with L...this is very poetic. I've been a video gamer for years. I even worked on video games for a while and part of our goal was to make the game world as realistic as possible. And yet, no matter how we tweaked the trees, fog, snow and light, there was still nothing to compare with "the real thing."

You are very clever boy! I hope you can spend more time studying, don't be lazy. When you play computer games don't forget to study English language ,because the game language is English. You will be succeed!

Such a good Article and I like how do you describe your feelings and situation ,,,