I only took one big trip this year, but wow was it a spectacular one! Hop aboard to see the glory of nature surrounding Bend, Oregon: a region well worth your time if you enjoy hiking, swimming in perfect lakes, or just gaping out the window of a car, driving through splendid scenery.

How Far is Bend, OR from Portland?

First thing’s first: How does one get to the natural playground which is the Bend, Oregon region? The easiest thing is to fly into Portland, OR and drive the lovely 3-hour Portland to Bend route. Just be careful not to accidentally start your trip in Portland, MAINE, as that would be a 46-hour cross-country trip… unless you’re into that kind of thing.

Mount Bachelor: Gem of Bend, OR

Got yourself to Bend? Great. Hop in the car, because less than 30 minutes east on the Cascade Lakes National Scenic Byway sits Mount Bachelor: the diamond in the center of this ring of nature. Gaze at its perfect peak emerging 9,000 feet above the meadow, captured in my photograph below…

Now, as a gal from Massachusetts, the state whose highest peak is petite Mount Greylock, Mount Bachelor captured my eye the way few other hunks of stone have. I was particularly entranced by the undulating lines of snow rippling along the grooves. When I visited the region, Oregon was in an unprecedented heat wave: 110 scorching degrees Fahrenheit. Here’s hoping that snow is able to endure!

Sparks Lake: Another Bend, OR Attraction

On to the lakes on this route. Just after Mount Bachelor on the road from Bend is Sparks Lake, chock-full of Stand-Up Paddleboarders, and other aquatic frolickers (perhaps freshly come from inner-tubing on the Deschutes River in Bend). A heads-up by way of love for your car: the long and winding gravel road that leads from the highway to one of the many places to access the lake is not for people who dislike being jostled by thumping into potholes.

Speaking of roads, let’s pause to sing a song of love for the scenic byway known as “Oregon’s Highway in the Sky.” Why, even the towering trees alongside the road and the clouds above are worth a pause to observe and enjoy on Cascade Lakes National Scenic Byway.

Devil’s Lake: Why is it That Color?!

Now we come to my favorite lake of the region: Devil’s Lake, which is located just past Spark’s Lake, on the same side of the highway (left, if you’re driving away from Bend). Here’s the thing about Devil’s Lake: this body of water is the best color I’ve ever seen in a lake in my life. Check this out…

How would you describe it? Aqua blue? Teal green? I’m not sure why this lake looks so luscious, but my eyes were cheering the whole time I was around it. Now, as a word of warning, the color does change depending on the time of day and angle of the sun, so if you stop by and it looks a regular light blue, try again at a different hour.

Mount Bachelor isn’t the only peak in town. The road from Bend, OR continues along to caress Three Sisters (pictured in the first photo of this article — yes, I got out safely by the side of the road to snap that picture), which are volcanic peaks which rise over 10,000 feet, and are respectively named Faith (North), Hope (Middle), and Charity (South). If we were to anthropomorphizes these sisters, which one would the nearby handsome bachelor — aka Mount Bachelor — fall in love with??? (Fun fact: Just west of Bend is a tiny town called “Brothers.”)

Broken Top and Other Mountains Near Bend, OR

Just next to Three Sisters is the mountain somewhat sassily named “Broken Top.” Head north, and you’ll find Mount Washington, and “Three Fingered Jack” (Yikes! He sounds scary.) Other lakes also abound beyond the two I’ve featured here, including Todd Lake, Elk Lake, and (exciting and alliterative name coming) Lava Lake. Long story short, the area east of Bend, OR is your one-stop shop for mountain hiking, lake fun, and sightseeing by merely driving down one of the most gorgeous highways in the world. Colorado mountains aren’t the only peaks to explore!

Which Mountains and Lakes Near Bend, OR Do YOU Like?

I’m so thankful to have been able to spend time in this heavenly part of the United States of America, and I’m very curious to hear from those of you who’ve explored it further: Which mountains and lakes near Bend, Oregon do YOU most like? Do share! 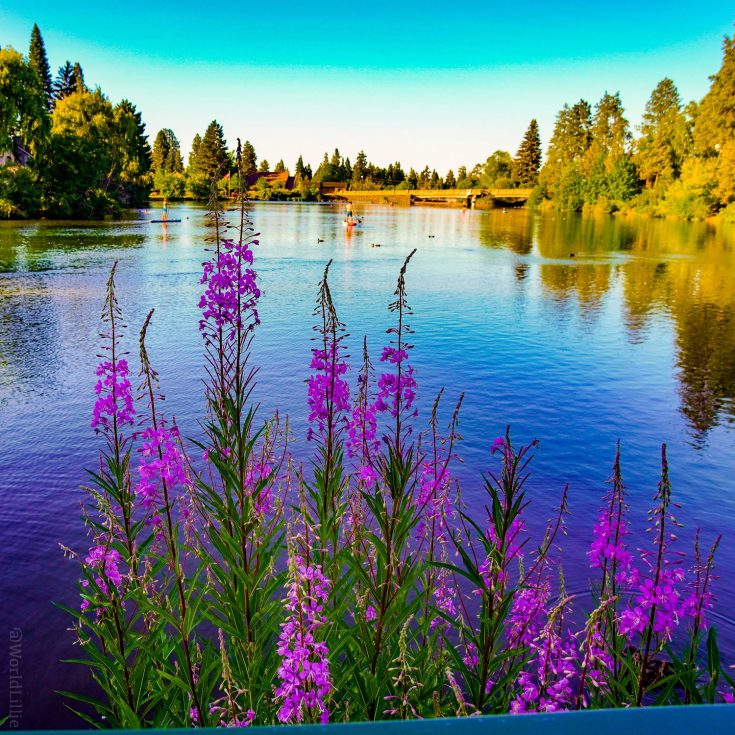 The Deschutes River and Drake Park in Bend, OR: Gorgeous! 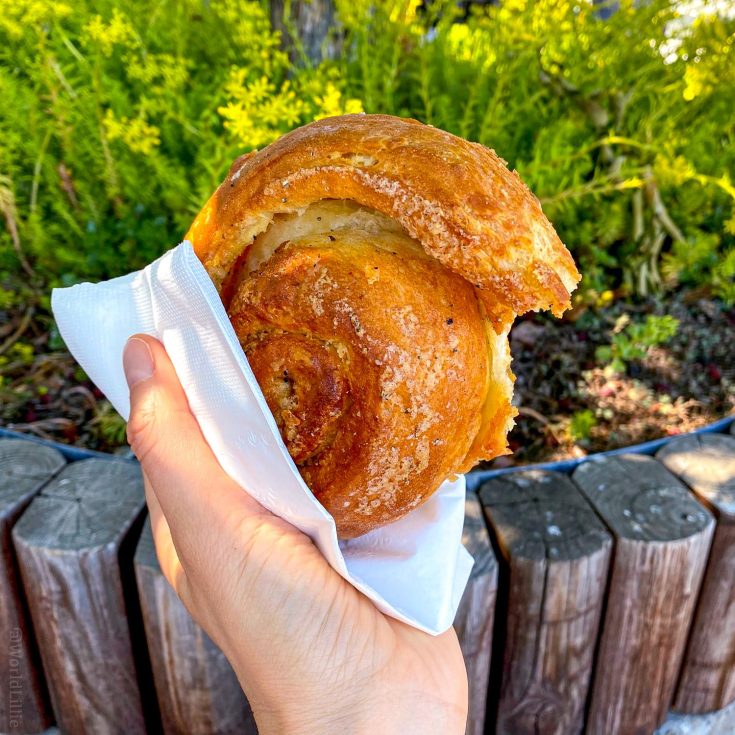 Bend, Oregon: Why is This Mountain Town So Fun?

See the restaurants, hotels, and shops that make Bend, OR a top tourist attraction in for Central Oregon nature and fun-lovers. 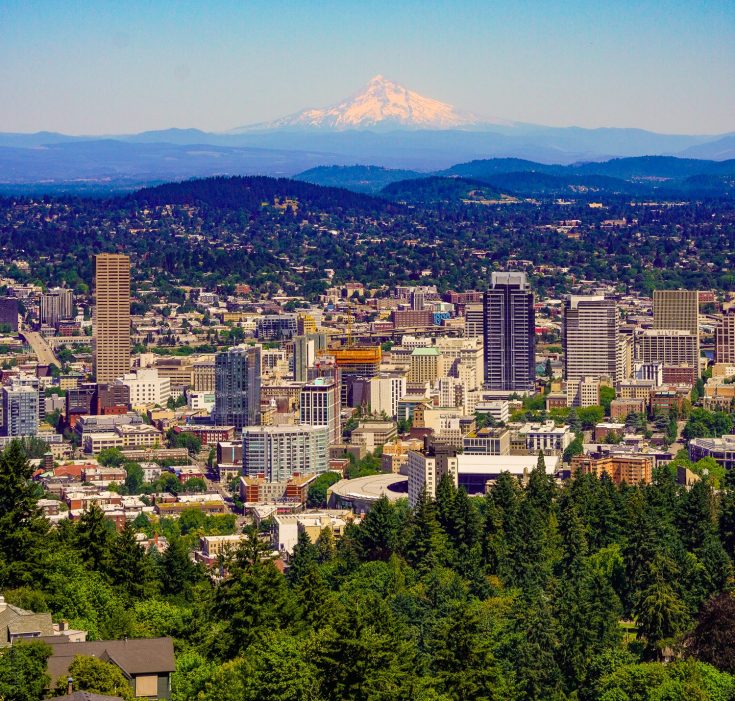 There are two routes to reach Bend from Portland, Oregon. See beautiful photos of each to help you decide which to pick for this scenic road trip. 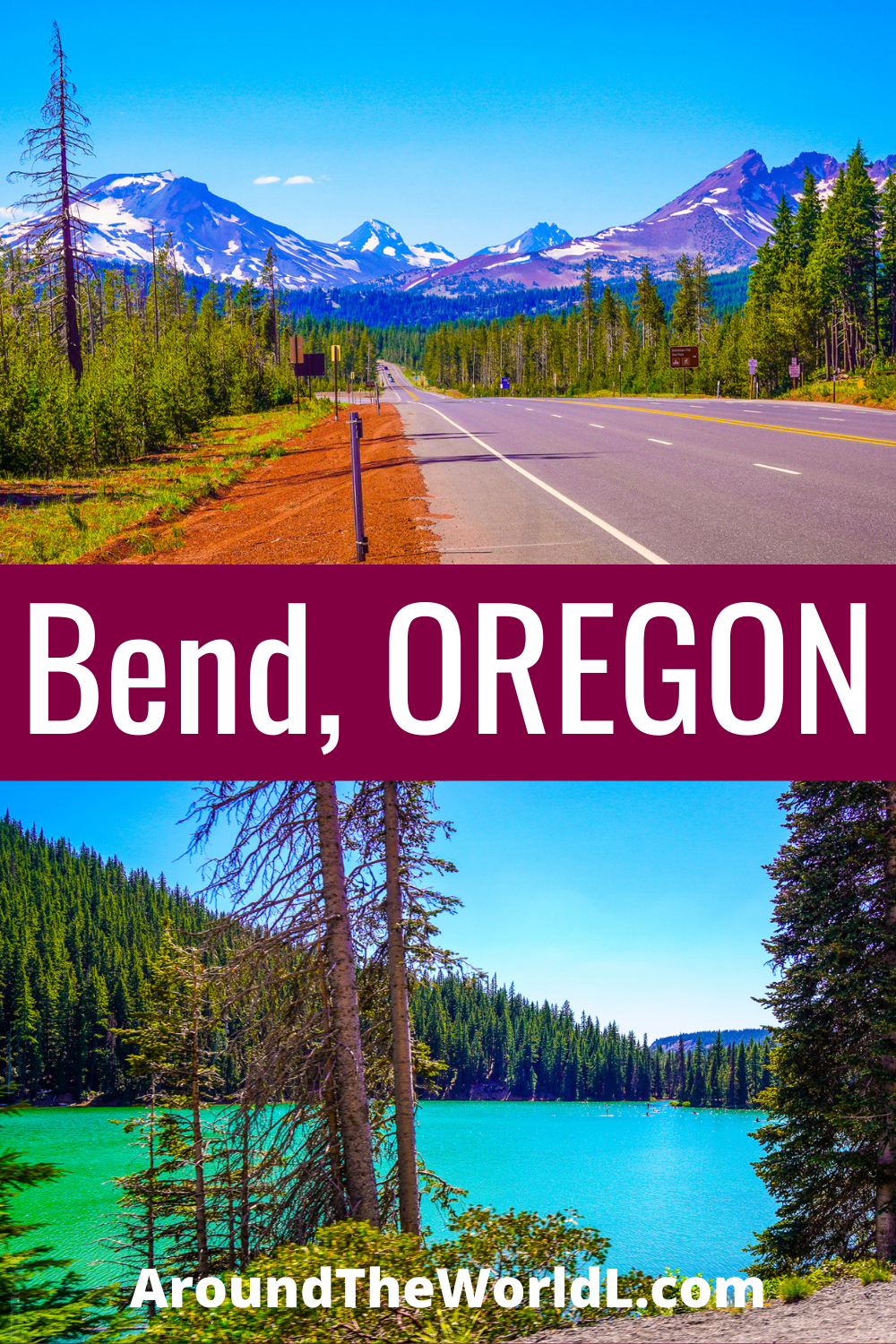 I was actually wondering as I first started reading if these pics were filtered! The colors are incredible! I went to OR for the first time in 2019, we did lots of wineries and Eugene. Very different from the NE

I didn't get to explore Eugene except to drive through, but am curious about that area.

Wow, I had no idea that this area is so beautiful! We definitely need to get out and explore this area of the country. Thanks for sharing!

It wasn't on my radar before at all either!