Change Your Life! Or: From Gun Drills to Luxury With an Idol 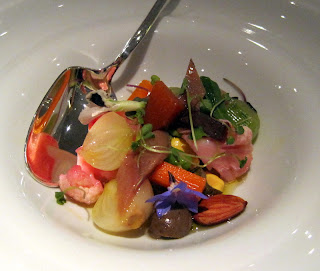 “Safe Mode Drill for school shooting threat,” reads my Google Calendar for April 30, 2009: exactly one year ago today. “Do NOT allow students out of classroom. If they need bathroom during drill, do not allow them. Bomb-sniffing police dogs will be in halls and may attack.”

Under this note is a second one: “Grade all 64 Senior essays before Monday!”

Yes, that’s right: Exactly a year ago today, my students and I were practicing hiding from hypothetical school gunmen, and I had a long night of grading ahead of me.

Fast forward 365 days to today, April of 2010. What does my Google Calendar read now?

“Valencia, Spain. One of the best dinners of my life, free! Fascinating conversation with the heads of Spain’s Ministry of Tourism alongside the world’s number one travel blogger. Euphoria!”

WHOA! What in the name of all that is logical and possible has happened here?! 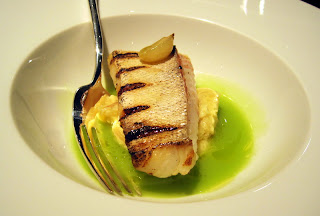 Let us start at the beginning and see through how this all progressed, because there are hefty lessons in this tale for all of us.

In August of 2009, after six years teaching high school English with the Boston Public Schools, I began my unpaid Leave of Absence and flew out of my hometown towards the other side of the world. Objective: Travel a lot, volunteer, and write the heck out of it. But you likely already knew this part.

Now, at the moment I began my blog nine months ago and peeked my curly head into this wild travel blogging world, it became evident that there were (as there are in every field) a handful of Big-Shot Bloggers: the heavy-weights with the most readers, the highest reputations, and longest existence.

I started to discover travel blog rankings, and noted that Gary Arndt of Everything Everywhere was consistently ranked Number One. Oh, what surprise one day in November of 2009 (before I had even broken into the Top 100 Blogs) when I tweeted a little somethin’-somethin’ on Twitter… and Gary Arndt himself tweeted back a response! What an honor to have contact with Mr. Number One! 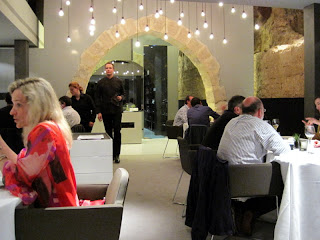 Lesson 1: Blog big-shots are fabulous to idolize because they are shockingly ACCESSIBLE: much more so than big-shot book authors or newspaper journalists.

Lesson 2 (which Gary taught us all today at a Spain tourism conference): Successful social media hotshots become big and stay big because they LISTEN well to “conversations” going on in their field, then take the time to helpfully (or humorously) INTERACT! The effect is powerful, trust-inducing… and warm and fuzzy.

I began increasingly interacting with Gary, first on Twitter, and then on the more personal channels of Facebook and G-chat. Why? Because not only is this fellow majorly knowledgeable about long-term world travel and blogging after FOUR YEARS on the road… but he’s also a fun guy!

April rolled around, and suddenly I noticed in one of Gary’s Tweets that he was headed for… Spain! Where I was! I did a quick calculation and realized that he would be far, geographically, from me: 9 hours away by train, to be exact. Bummer. 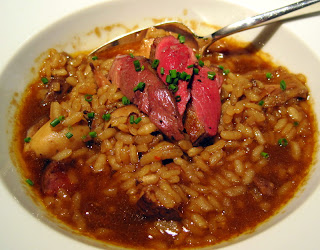 But then I did an even quicker calculation and realized: A medium-sized investment of time and rump discomfort was well worth the potential to meet one of my idols– even if it was just for a brief coffee. At least I would have then TRIED… tried to reach for the stars of my new career field.

Little did I realize the dream I was about to walk into. Would we just have a brief coffee and chat at that would be it? NO.

It turns out that the world’s number one travel blogger has an extremely generous side. Hence, since Tuesday (and in fact, for a handful of days more to come, praise the heavens), Gary has taken me as his buddy and translator. He has shared brilliant blog and social media advice, brought me along on all his luxurious Spain Tourism meals and events, and overall been utterly fantastic.

The photos in this article are from the celestial new Valencian restaurant, Arrop, which our new best friend, the Valencia tourism representative, guided us to. See the stone walls amid the sleek modern decor in Arrop’s interior? Those preserved ruins are the original Arab walls of Valencia from hundreds and hundreds of years ago! That meal and that restaurant will go down in history.

Lesson 3: TRY to reach for your craziest dreams. They sometimes come true! 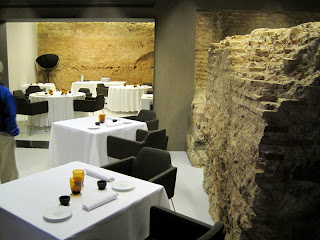 If I had never tried to experiment with social media sites like Twitter, Gary may never have given me the opening to talk with him. If I had never followed up after seeing Gary’s Tweet about Spain to inquire whether he would meet me for a short time, I never would have had this phenomenal experience. And indeed: this experience is PHENOMENAL.

Lesson 4: A little sacrifice can bring massive dividends. Do I now think that 9 hour train ride to Valencia was worth it? YES! And YES! And YES, YES, YES!

Lesson 5: Famous and wildly successful people can also be excellent human beings, too. And it seems we can all learn from each other and enjoy each others’ company, be we big, medium, or small… as long as we’re good people.

It spins the brain to realize how vastly different my life is in April of 2010 than in was in April of 2009. Now please note: There was so much I loved about teaching (yes, even sometimes the grading), and I still love it so deeply that I’m starting a Boston sub job a few days after reentering my hometown this month! 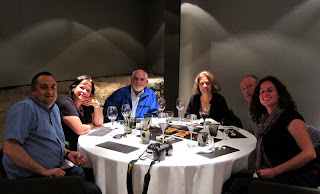 To emphasize this point about loving both the past and the present, let’s end by reading the third and final To Do Task for last year under April 30, 2009 (after the school shooting drill instructions and burdensome grading reminder):

Now hear this: Those brownies we ate together in our Boston classroom exactly one year ago, spiced with the sparkling thoughts of those adolescents as they read their words aloud, deserved a five-star rating right along with tonight’s phenomenal dinner. They really did.

For me, it’s not that teaching is bad and travel is better– it’s that variety and constant learning are great!

Reason One (of a Whole Lot!) to Visit Valencia, Spain
Read Next Post →
Click here to cancel reply.

I wonder if we could do the drill in our humanities class. It sounds fun and scary at the same time. Were there really bomb-sniffing dogs? I always wanted to see one of those in real life.

The gun drill seems scary! I wonder why we don't do that at our school. Seems like an interesting/terrifying thing to experience though

really nice post about the openness of social media, travel, and getting it all going. Newbie here myself -- trying to follow the trails blazed by Gary and you and others!

The food looks wonderful and tasty. Great reading about those lessons.

Fantastic post, what a better way to complete your RTW trip.