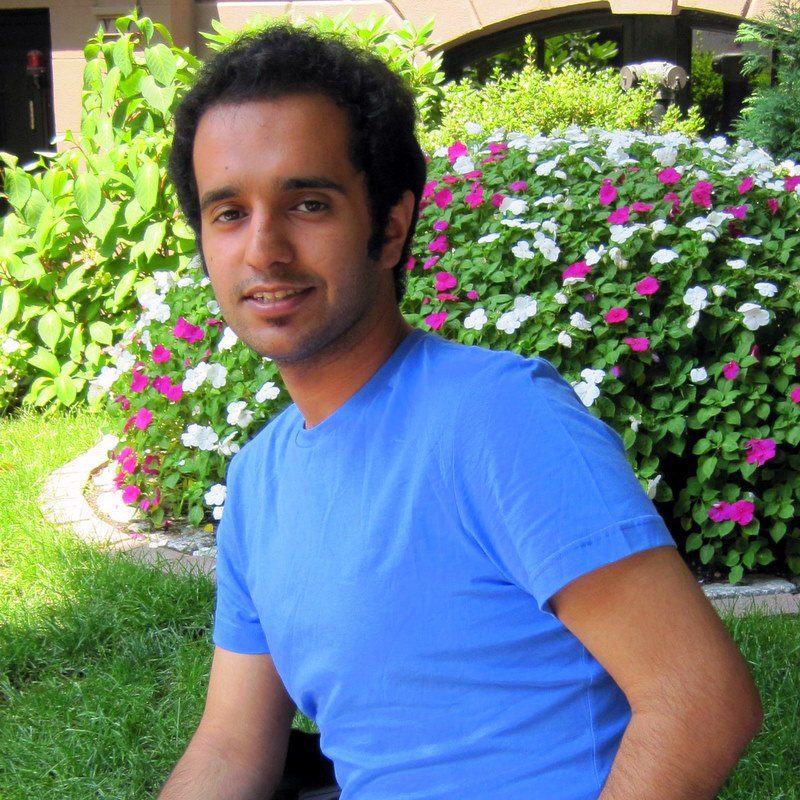 The author of this dramatic article

My mother was crying and we didn’t know what had happened. I came to my mother, then she said, “I have been calling your father for two days, but his phone is off I don’t know why! There must be something bad that occurred to him.”

Later on we received the news: he had been lost in the Saudi Arabian desert.

My father worked for the biggest oil company in the world for 30 years as an Inspection Manager. At the start of 2002, he got offered a job in the biggest oil-producing factory in a place which is called Shaybah. The job would last one year. My father accepted the offer, because therefore he could get better paid. If you work in the countryside, you get paid double salary in comparison to working in a factory in a city.

Anyhow, my father went out to Shaybah and started his job as usual. In the first five months, the work was going all right and the workers felt comfortable. Then one day, my father received an emergency notification that there was a leak in one line of the oil pipes. So he called up the maintenance men and took them to the leak.

When he got there, they easily fixed the problem. Then they went back to their camp. While they were going back, however, they saw a car broken down and a man sitting beside it. My father stopped and talked to the man about his problem. 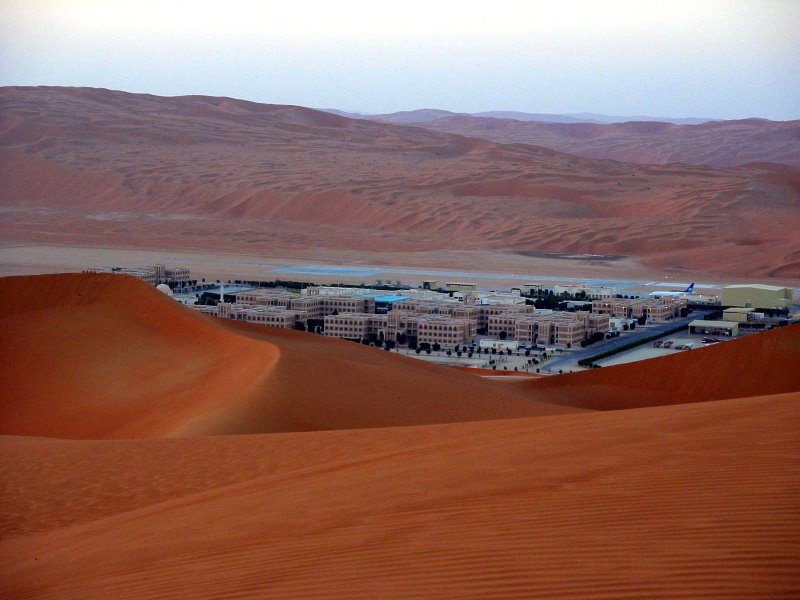 Shaybah’s oil center… in the middle of the desert!

The man said, “I have been stuck here about 5 hours, and I couldn’t find anyone who could help me to fix my car.”

Hearing that, my father anchored the man’s vehicle to his own car and towed it to his camp where the workshop could fix it.

My father started asking the man about himself, and the man said, “I am originally from Dubai but I spend all my time with my camels. I stay with them sometimes for two or three months, then I go back to visit my family, and they visit me, too.”

My father took the man into the living room, where they spend their time watching TV and playing cards. Then my father invited all his neighbors to greet the man and to have dinner together, because that’s what we always do in my culture. Hospitality is extremely important in Saudi Arabia. The dinner was made by my father. He bought a whole lamb and cooked it. 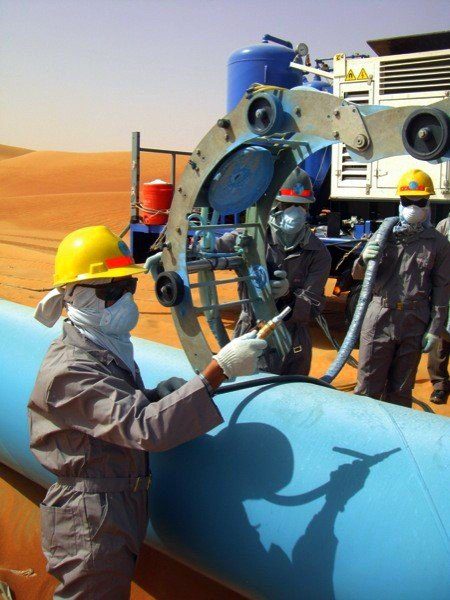 An oil worker in Saudi Arabia

After dinner, the man was so grateful, and strongly wanted to invite my father the next day to have a dinner meal at the man’s own camp. My father accepted the man’s invitation.

The next day in the early evening, my father and his friend, Nasser, went together to the man’s camp. Even though they were at work, they could still have a meal with the man.

The disaster started after dinner.

After they finished their meal, my father said to the man, “We have to go back to hand our shift to the next people.”

The man replied, “No, you can’t go! It’s too late and you will get lost if you go through the darkness. Hey, you should sleep here until the sun rises, and then you will be fine to go.”

Unfortunately, my father didn’t listen to the man’s advice, and he set off in his car. While he was driving, he became confused between two ways. All directions seem the same in the desert in Shaybah, and the navigation system didn’t work. My father said, “It’s this way!” and Nasser replied, “I guess it’s that way!” My father decided to follow Nasser’s guess, and so they drove for an hour and a half… and then they were lost.

My father said. “Lets wait until the sun rises, and then we will ask around if we find someone in a camp.” 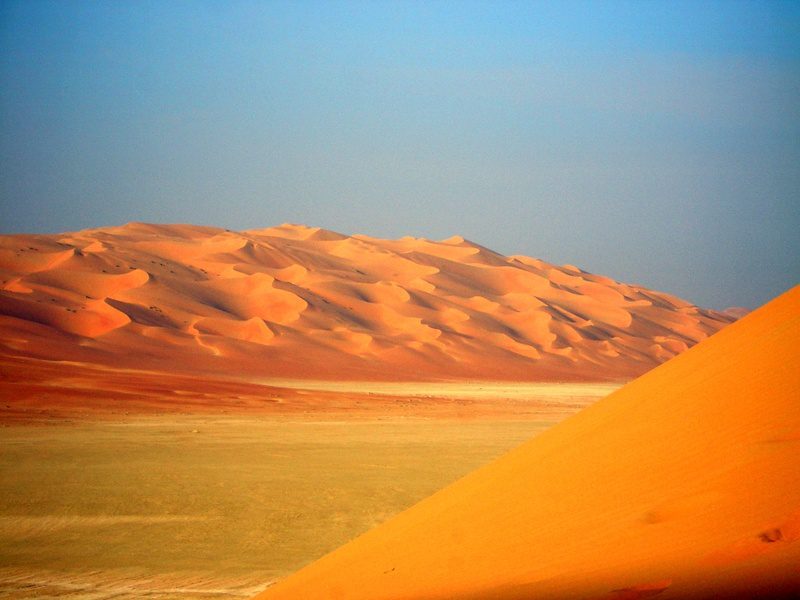 The desert goes on and on!

Then, suddenly, their car went down in a huge hole, and my father couldn’t lift the car from the hole!

They slept inside the car until the first light of dawn, when they woke up. They decided to go in different directions by walking, and would each look for help.

So they walked, but they didn’t go so far from their car because the didn’t want to get completely lost. And for the next two nights they came back to sleep in the car. Fortunately, they had food and water in the car.

My father started to write a message about their story, when suddenly a plane was flying around them! My father began to signal to the plane. When the pilot saw the signal, he sent a message to the oil company that he got a signal. All the staff of the company came to them and picked them up to return to the camp. None of them got hurt, but they were disappointed the disaster had happened. The had thought my father and Nasser were dead, because the place is very difficult for cars and people to survive.

To conclude the story, I think that has to be the point which let us know the value of our lives, family, and friends.

Lillie’s Note: What a story! Please leave a comment for Faleh, stating your geographical location.

Working for Saudi Aramco in 1997, I travelled 800 kms by road from Dhahran alone and it was a very scary trip. When I arrived it was just a basic camp and the infrastructure only just starting, Still it was a wonder to behold in the Rub Al Khali.

That must have been terrifying. The oil factory looks really random in the middle of the desert. If this happened to me, I'd never forget. The desert looks so beautiful, but so vast.

how did he survive? this is a crazy story, even though it was overwhelming, atleast he has an amazing story to tell

Wow! Faleh's father is a very lucky man! I would have been scared to death if I were in his situation! I'm really glad Faleh's father got rescued but I hope he never goes to a place like that next time because it's dangerous and he could've died. Even though he had food and water. Thanks for posting this article:D.

He is a very lucky man. If I was in his position, I think I would have cried. No, just kidding, I am strong!!!! Go hard or die trying. That what I always say.