Article #12 in the ESL Student Life Stories Project, by Mei from Taiwan, age 35. 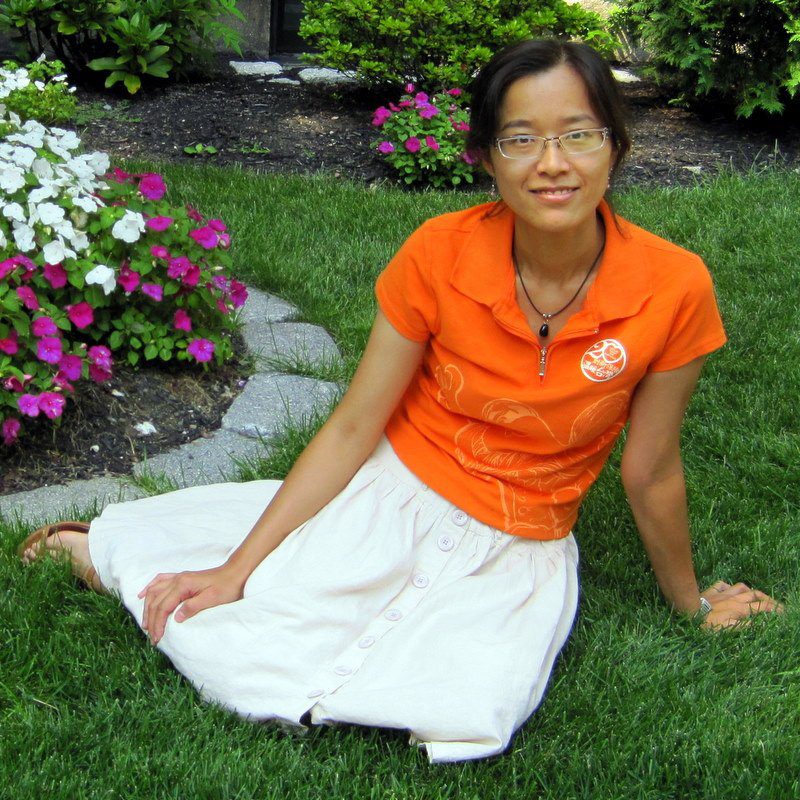 The lovely author, sitting outside our language school

Pedestrians First! The cars stop behind the white line whenever I cross the road here in Boston.

I am so surprised by the street action! I come from Taiwan, where drivers and passengers always contest each other.

Sometimes in Taiwan, a driver will curse at you if you don’t let his car pass. He will scream: “Hey, man! Where are your eyes?!”

But when I cross the road in Boston, I find that the drivers and I always stop at the same second. I want to let the car pass, and the driver also wants to let me cross. It’s embarrassing because we are both waiting!

Cultural differences show in every part of life. While studying English here in Boston, I live in my Taiwanese friend’s home. She married an American who she met on a bus while on vacation in the United States.

In my friend and her husband‘s house, we usually talk about the differences between Eastern and Western culture. I will give you three examples.

The first cultural difference is being on time. In Taiwan, some people don’t keep punctuality on their mind. When I go to the TLC language school here in Boston, however, I find teachers who are on time. Some teachers even get to the classroom earlier than their students! I am a Geography teacher in Taiwan, and in general, teachers in my country get to the classroom after the bell rings. My friend in Boston told me that being on time is very important in America. 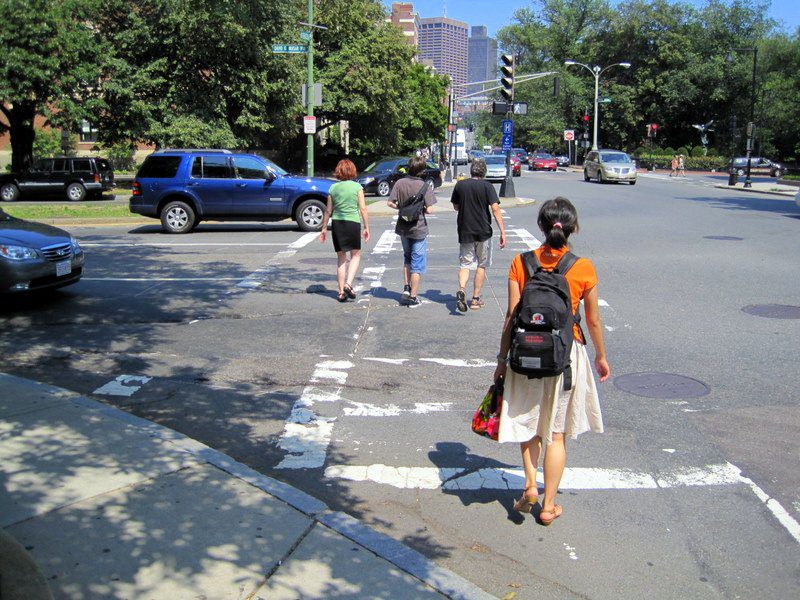 A calm Boston street, with everyone following the rules

Another example of our cultural differences is the living style. Americans like to do outside activities, and like to cook and plant. Everyone has his own hobby.

For example, my friend’s husband has talent in: making wine, playing music, cooking, and gardening.

In Taiwan, the lifestyle is more monotonous. People usually stay at home to watch TV, or they go to the office on holidays.

I once asked my younger sister, “What are your hobbies?”

She shook her head and replied, “I don’t know, I just like to watch TV, and go shopping. Are these my hobbies?”

The third difference is body language. When people in Taiwan are nervous, they often laugh to hide their uneasiness. But Americans would think this isn’t respectful.

My friend told me a true story about herself. When she was a first-year university student, she went to the U.S. and got a part-time job in a fast food store called McDonald’s. One day, she got in trouble because of cultural difference. 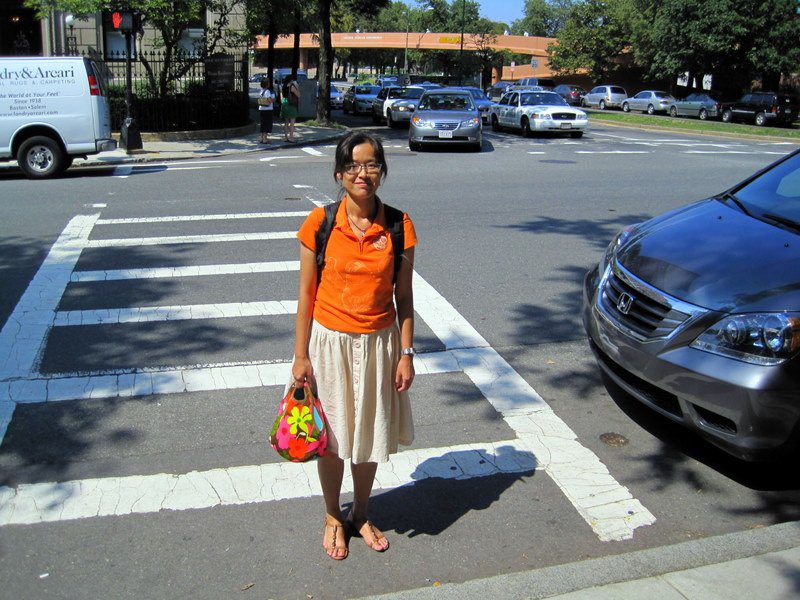 She made a mistake on a customer’s meal order. When the man complained about it, my friend was too nervous to speak English fluently. She could hardly say any words and so she just laughed.

The man saw her smiling face and became very angry. Then, he requested for the Manager of the store to deal with it.

My friend became scared. Finally, she apologized for her behavior, but the Manager didn’t understand.

In my culture, our body language doesn’t mean that someone laughs at the other one. It just shows someone doesn’t know how to respond.

It’s important to know the characteristics of each culture. Then you will be more comfortable living in other countries. Maybe, when I come back to Taiwan later, if I meet the drivers who howl at the passengers in Taipei, I will tell them, “Where are your eyes? Pedestrians First!“

Lillie’s Note: Having nearly been run over by motorcycles numerous times in Asia, I really relate to Mei’s great article! Please leave her a comment, stating your geographical location.

I can totally agree with you! I don't laugh when I'm nervous but I stutter when I'm nervous. I'm from China and things have changed a lot but all my cousins' hobbies are: studying, watching the television, eat and shop. They never go outdoors so when I went back and visited, my uncles are afraid of me because I make their children exercise (they think I'm too skinny). :P

I can really relate to your article because when I traveled to China, there were so many cars, motorcycles and buses going up and down the streets. My mum, my aunt and I had to wait for a really long time before we could cross the road because at the speed they were driving would've crashed into us. If I can compare it Boston, my aunt who recently immigrated to the U.S, told me that the roads here in Boston are so much safer and the air here is also cleaner than the one in China, especially with air pollution and loitering. Since Ms.Marshall told me to state my geographical location, I'm in Boston, Massachusetts! :)

The city of Boston is the best city in the world.

Great article! I'm glad that here in America we have better cultural differences than in Taiwan. I think that it's absolutley insane that in Taiwan the drivers are always competing each other and they insult pedrestians that walk by?!?!?! I wonder if alot of people ever got killed in an car accident in Taiwan? For the hobbies in Taiwan they have the same hobbies as I do! I am not athletic at all and I'm horrible at sports so I just watch tv and go shopping! Also, about the body language in Taiwan I feel bad for Mei's friend because she didn't know English well and she was confused so she laughed. That's awful if she got fired and I don't know if her boss gave her a second chance. Lastly for teaching, I think the teachers in Taiwan should arrive early like in America so that way they can get their work for teaching the class prepared and their ready to start the day off.

Boston is number 1. Always and forever no question about it.