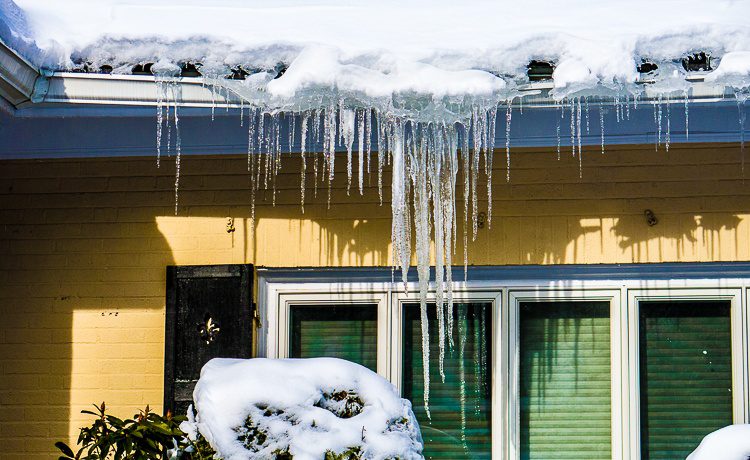 The hot new trend among my travel blogger friends is journeying to Antarctica. Given that I have a new baby, that trip is not gonna happen over here for a while… But never fear! The Polar Vortex is alive and well here in Boston, and with it comes Antarctica-style dramatic ice. 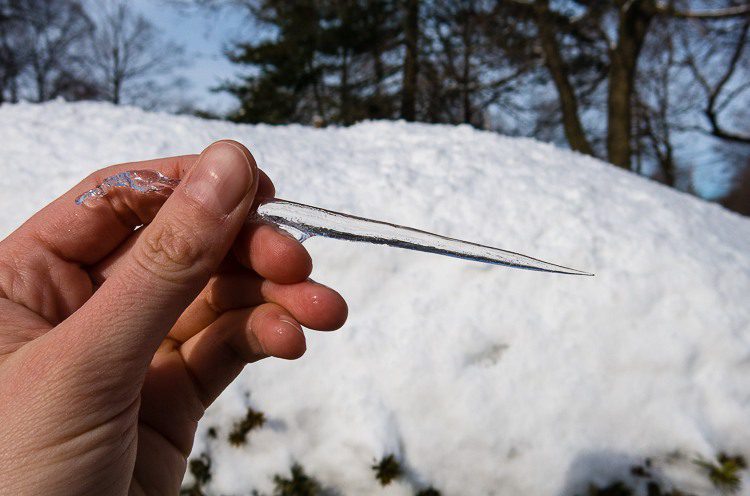 I kind of want to poke someone with this evil icicle, but it would hurt!

Today I walked around a quiet suburb of Boston, shivering in the biting cold and gazing at all the frostiness. In particular, the icicles caught my eye. These spiky dangle-doos are everywhere now, since Boston has had an ongoing pattern of: 1) Eight inches of snow falling, followed by, 2) Sun and warmth, followed by, 3) Another major snow storm. Thus, the snow snuggles up onto the roofs of houses on the storm days, then slides into icicle formation during each sunny spurt. Repeat. 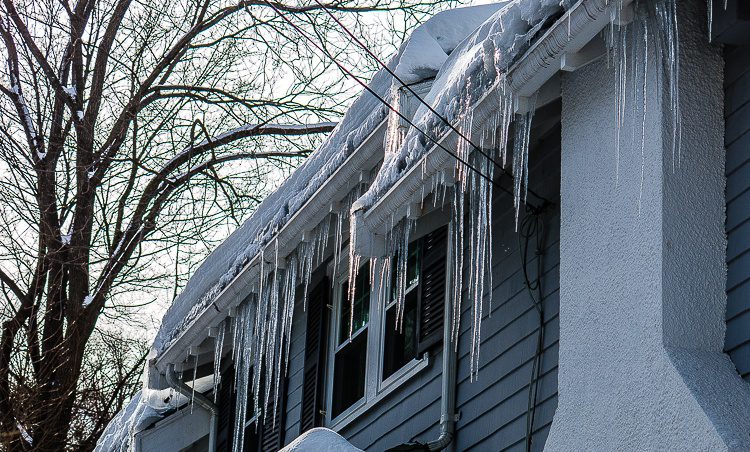 So many spikes hanging down.

Icicles are awesome for a variety of reasons. First, they’re beauty and danger combined. They refract the sun in rainbows, while glinting with the threat of hurtling down to pierce you. They loom like claws or jaws, making a walk under them… exciting. 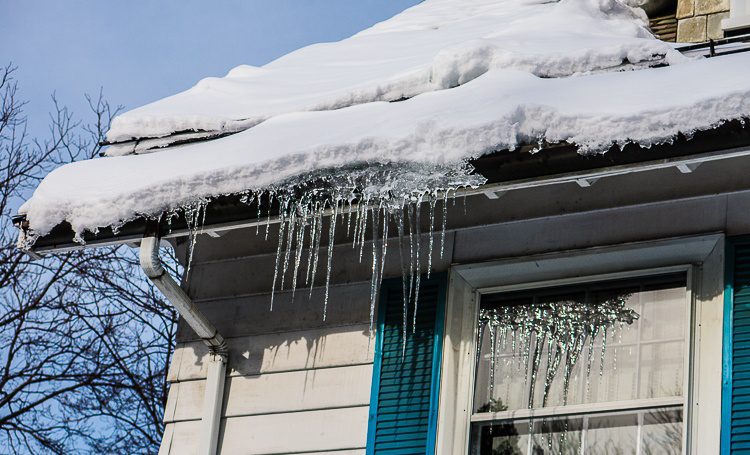 Second, they are the perfect metaphor for time. They drip into existence, but you can never actually see them coalescing. You only notice once they’re there. Similarly, people keep telling me, “Enjoy your newborn baby… Time goes so fast!” So my husband and I stare at our beloved infant and cuddle him and try to be in the moment every second, but drop by drop (of milk), he’s coalescing into a man! 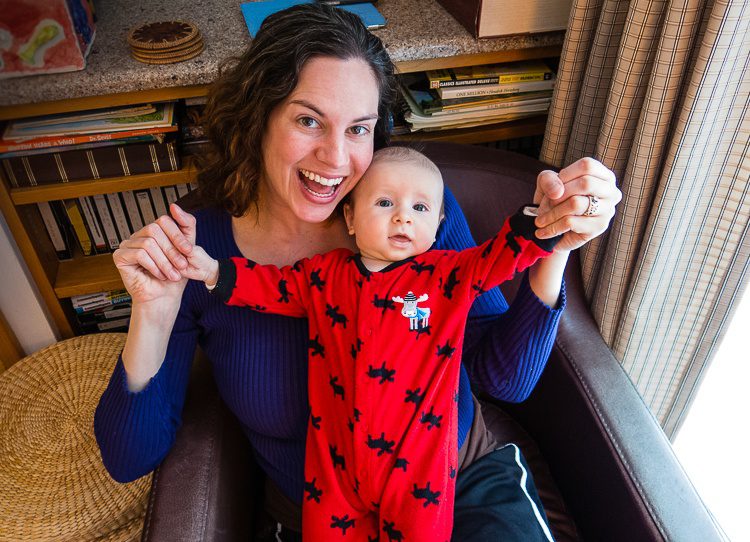 Little baby is growing into a huge man!

Ahem. Back to the icicles. Something else I noticed today was their often-diagonal nature. Rather than hanging straight down, so many icicle bunches actually tilt to one side, following the prevailing wind of the day. It makes it hard for a gal to straighten her photos, because it seems impossible that the ice could be formed in that non-perpendicular fashion! See the tilt in this photo? 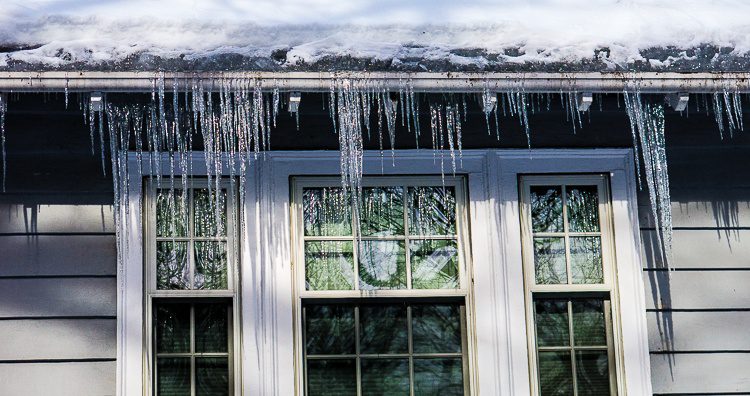 So there’s my little slice of Boston-Antarctica for you. It has fewer penguins than the actual Antarctica, but at this rate, it has about the same amount of ice! 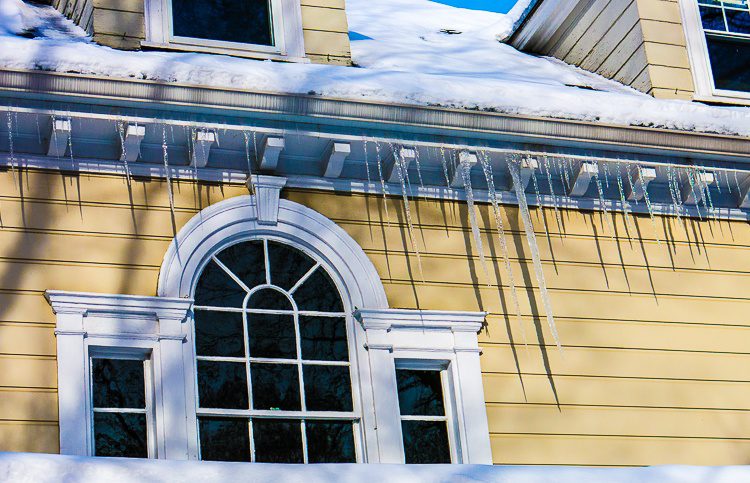 We had a crazy winter like this one when I had my son 3 years ago so I was also snowed in... We were such hermits but a very special (and snowy) time nonetheless.

Awesome, Stunning, Amazing! I must say you are fantastic photographer I have came across. Really I loved you blog posts but now I'm a big fan of your photography too... Thanks for sharing!

I've never experienced snow that much, let alone icicles. I've been wanting to see so much snow in one place since I live in a tropical country. Weird I know, but I'm always curious about snow and ice. And those icicles do make Boston more beautiful!

Winter is definitely beautiful in it's own way! But I'm about ready for summer now. :)