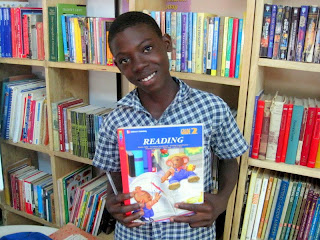 As the only child of my parents, I have been lucky that my family has tried to fulfill everything I have requested of them. I am therefore a happy child. However, on December tenth, 2007, there was a day that I will never forget in my life: a day when I felt very sad.

We were on vacation, so when I got up from bed, I took my breakfast, said goodbye to my parents, and went straight to my friend Kofi Mensah’s house. We had planned already to play football on our school park with some other friends. Kofi was washing his school uniforms, so his father offered me a seat in his sibling’s room.

When Kofi finished washing, we went to the game venue. We were a shade late, so when we got there our friends had already dressed up and were waiting for us. The match kicked off at ten in the morning.

Twenty minutes into the game, Kofi’s father sent a boy to call us. When we arrived back in his house, Mr. Badu said that a large sum of money was missing from his house, and he suspected that we had taken it. We repeated that we could not do such a thing, but Mr. Badu was so furious that he took us to the police station. Over there, he asked them to beat us with a cane until we said the truth. 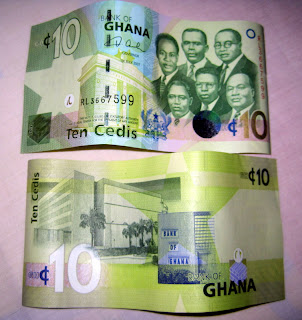 What saddened me most was that the policeman actually did give us fifteen cane strokes. He beat us hard on our backs, and never even asked us anything. After that, the police put us in the cells. The room was so dark and stinking that breathing was very difficult for us.

When my parents got wind of our plight, it was an awful shock for them, because they knew I had never stolen as much as one pesewa before. They hurriedly came to pay the bail money, and we were released from the cells.

While my parents were deliberating about the issue in the evening, Kofi’s father, Mr. Badu, and his brothers came in. What was their mission? They had come to apologize because they had found the money and thus it was not us who had taken it at all.

My parents did not utter a word until they we shamefully arrived back home. In fact, on that day I became very sad. I am NOT a thief, and I never will be!

Nowadays, Ghanaian police are less frequently abusing citizens like that because our new president is cracking down on police corruption. However, I will never in my life forget that awful day I spent in jail, wrongfully accused!

It was very wrong for the policeman to hit you just because Mr. Badu accused you of something you didn't do! It seems very scary to me that you can be put in jail and punished, without any proof you are guilty of a crime. Mr. Badu should be punished for making a false accusation. I hope you and Kofi are feeling better!

That was a nice story and experience I had writing that story few years ago eventhough it was hard to bear.Thanks for all comments.Good Old Days!

Great to hear from you, Marvel! I hope all is well!

This is very sad and thank you for sharing. I hope that you and your family have recovered fully from this. It is so shocking to read.

Very sad story and not fair that your word meant nothing. I am glad there has been improvement with the police in such matters. Thanks for sharing your story with us. :-)

Currently in: The Republic of Kosovo in the Balkans (formerly part of Serbia)

I can't believe that he was accused for stealing something he did not steal. I am shocked that the police didn't ask any questions and that they beat him 15 times. I am glad that the new president is better. Does the rule you are innocent until proven guilty apply in Ghana?