Men in China Tie Up Their Shirts to Show Their Bellies?!

An example of Naked Belly Fashion for men in China.

“BELLY!” I shout in delight, and Gareth and Colin turn to look and smile.

“BELLY! DOUBLE BELLY!” hollers Colin, jerking his head towards two different naked-bellied men within fifteen feet of us on the crowded street.

You see, it turns out that in China (especially during the scalding hot summer months), it is perfectly acceptable for men to tie their shirts halfway up their chests and walk around public streets, trains, or restaurants with their entire tummies nakedly protruding.

“Bellies aren’t impolite here in China,” explained our local friend. “Now, female cleavage of any amount? THAT is scandalous. But a publicly naked male tummy? Normal.”

In anticipation of the 2010 Beijing Olympics, Chinese officials tried to crack down on boy belly-showing (along with spitting and not lining up), but the fashion lives on, unabated. 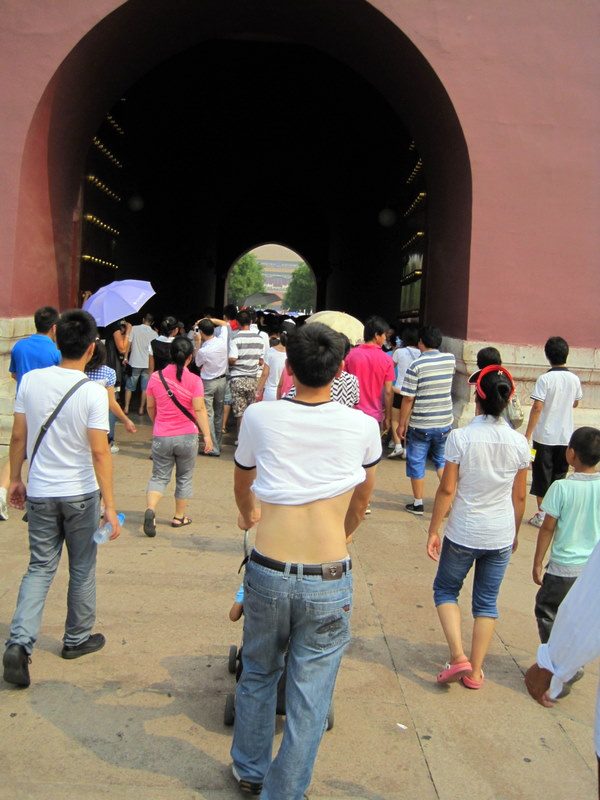 A back view of Naked Belly Fashion.

Now, being an American child of the 80s, I associate this tied-up belly shirt style more with a Barbie doll I used to own than with macho men. However, a certain American man with whom I’m traveling disagreed.

“This is amazing!” my anonymous American male travel buddy exclaimed, when he at last joined the fashion fray, grasped the corners of his shirt, and tied a fabric knot… thus letting his nude belly shine proud.

Our friend’s experiment was a raging success. Through famous tourist sites, and down crowded city streets this bare-bellied American man walked, and no one seemed the least bit displeased or offended.

In fact, the dozens of Chinese men we passed who also sported naked bellies may have given our friend an approving nod!

So the question becomes: if YOU were in China during the hot, hot summer, would YOU “do as the Romans do” and pull out YOUR belly?? 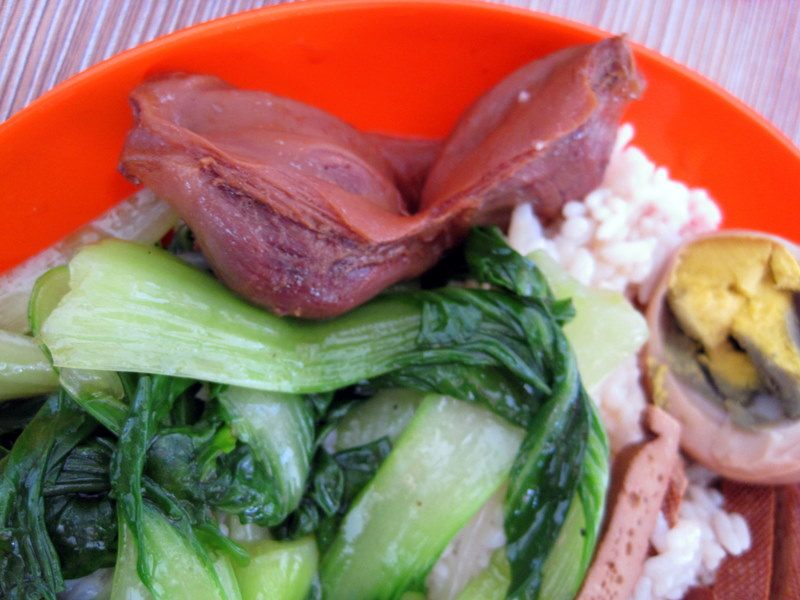 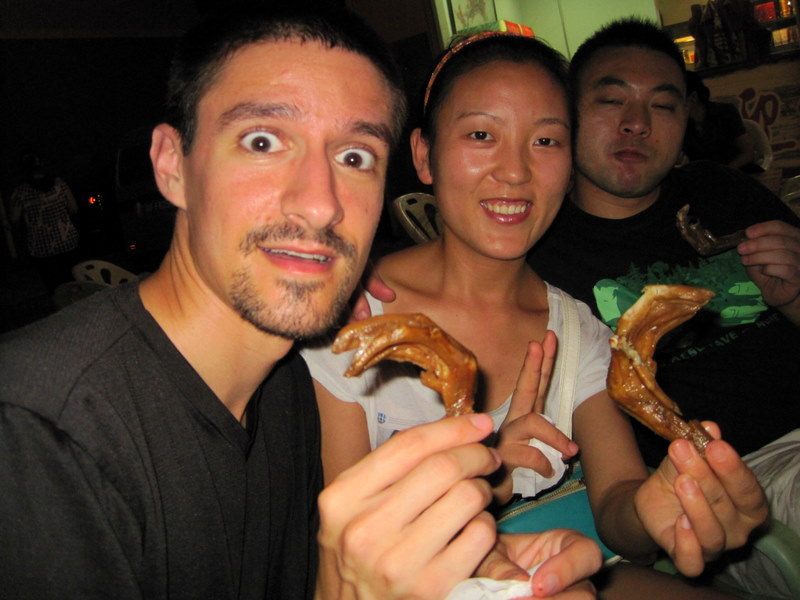 A Vegetarian Trains to Eat Meat in Prep for China Travel
Read Next Post →
Click here to cancel reply.

It is a mini air-conditioner!

This man looks fine because he is young, thin, and with a hairless belly. So it is ok that he pulled up his shirt to cool off! Now, had it been an older, out-of-shape, super hairy man, it would not have looked right :)! Now, I used to do the same thing in my late teens growing up in Nicaragua but I naturaly stopped doing it as an adult. However, one hot afternoon a couple of months ago I went to a car shop here in North Carolina to replace a tire when out of the blue one of the mechanics pulled his shirt up pretty much like the guy in the picture. Although, it kind of brought back memories of my teen years, it made me realize that this may be a natural reaction to extreme temperatures whether one lives in China, Nicaragua, or the States.

This was and is a common thing among Latin American youth as well as KG says. Lots of yanked up shirts in the heat and bellies well exposed.

Yes, I think it is a natural reaction to the heat, and, as I want to be body-positive for all shapes and sizes, think everyone can have the right to do it. :)

Not exactly the same, however bit similar, its very very ok in India, for men to hug and to put hands on shoulders of buddies, which is a big NO in the West.

So true! See the eighth photo down from this article on India: https://www.aroundtheworldl.com/2013/06/19/food-fashion-animals-jaipur-india/ That position is very rare for men in the West!

Lol! This is so weird. I for one would not pull out my belly.

Haha! Oh my gosh, that topic can actually be something to brag about. Seeing men with there shirts half way up everyday here in America is definitely not considered normal...! I guess though if it is really hot it might just be your only option. Have they ever heard of tank tops? Or even better, air conditioning?