Michelle: Travel to China as a Chinese-American Student

Article #3 in the Student Travel Stories Series from our tour of Beijing, China.
By Michelle, Age 15, 9th Grade in Boston. Born in the U.S. to parents from China. 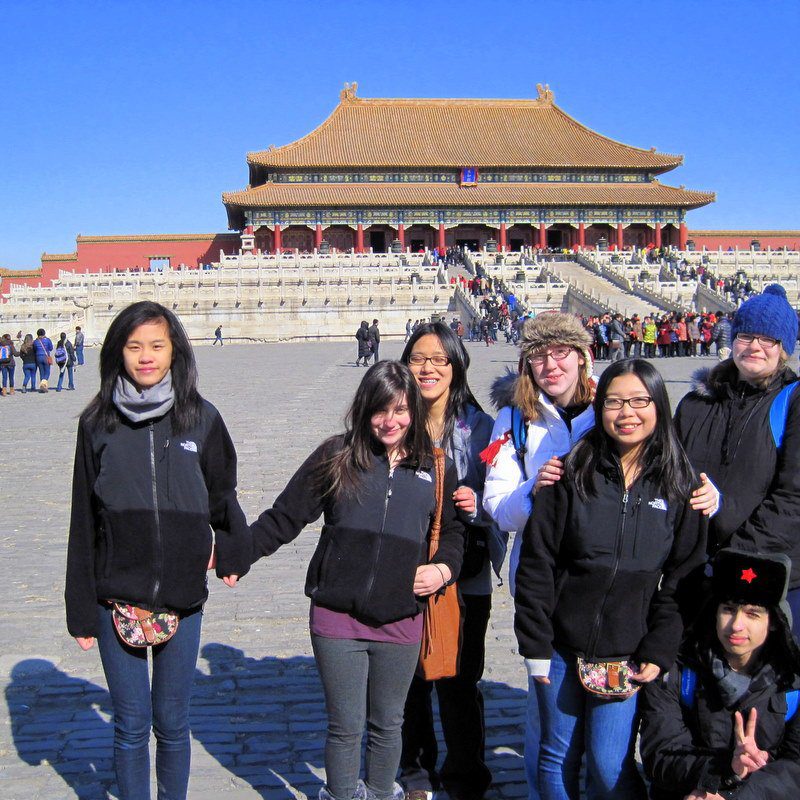 Michelle (far left) in the Forbidden City of Beijing, China.

Q: What was the craziest thing for you, traveling through China as a Chinese-American student?

A: When we got to China, Xiu Na (another Chinese-American BPS student on the trip) and I had the exact faces of Asian Chinese people who live there. So when the Chinese people saw us, they didn’t look at us too closely because they thought we looked like we lived there. BUT, when we suddenly started speaking English, the Chinese people stared at us! Maybe they stared because it was amazing, or different… I’m not sure. They would stare at us until we left their sight. This happened in the Forbidden City, in the street, in restaurants… everywhere! I guess they don’t see that many Asians in China speaking perfect English. We surprised them!

Q: This was your first time in China, so how did it compare with your parents’ stories? 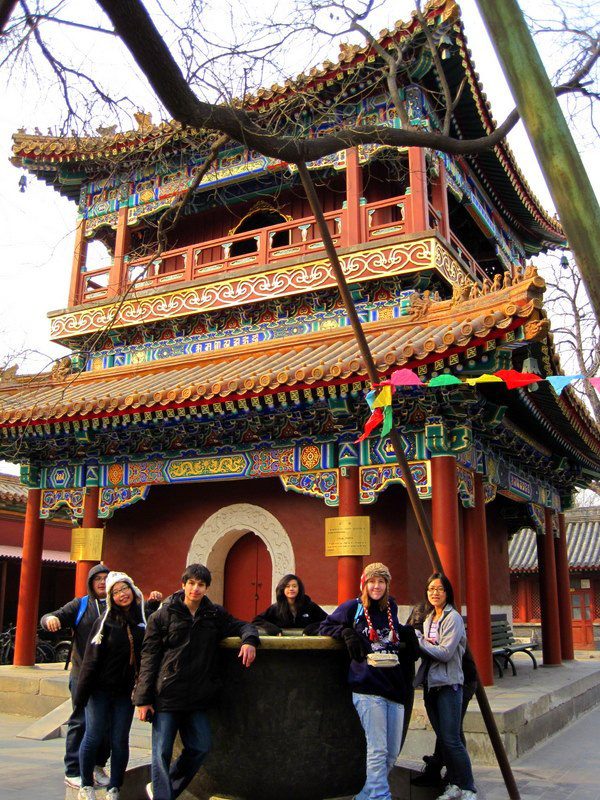 A: My family always talks about how China is incredible, but they never really speak about what is bad about China. They told me it was great and awesome. I expected everything they said. But when I got to China, I didn’t see what I expected. My parents said China is big and rich and fancy, but when I arrived, though I saw many big buildings, I also smelled bad air. It was not what I thought it was supposed to be. It made me see differently. I had to go to China myself to see what it really is, instead of just hearing stories from my family.

Q: How was it for you to travel with a big group of Boston students?

A: At first I didn’t know people. No one did, because we’re from different grades. We didn’t even know each other’s names. But soon it was really fun because we got to know each other. We gave each other nicknames, and I got a lion nickname because of my big hair! Now at school we can say “Hey!” to each other. It’s always fun to get new friends! 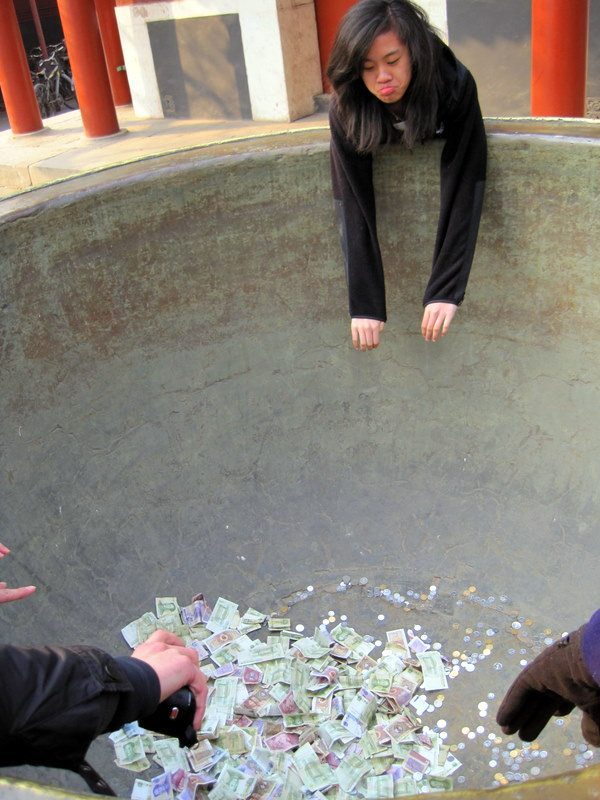 She can’t reach the money pot at Lama Temple!

Our school is very diverse, and everyone’s from different places. Now I might want to go where other people from our school are from, because everywhere around the world is very different in culture. I have a friend from the Philippines and I would love to go there, or to Spain.

I think now people in our China Trip group can understand me more, where I’m from, because they have visited my ancestral country with me. But then again, they also can’t understand me more because I’d never been in China before this trip, either. We were all going for the first time. But I guess I’ve had more background about China since my family is from there and so we’ve talked about it more. So people visiting China both would and wouldn’t understand me, a Chinese-American student, more.

Q: What were the best activities and sights in China for you?

A: The coolest part was the Great Wall of China because it had an unbelievable view, and it was really steep. I didn’t actually think it’d be that amazing, but when I went, it was so beautiful! We were high up in the sky, and high up in the mountains!

Going to the Hutong (old-fashioned, historic neighborhoods of Beijing) and seeing the differences between there and the city was also so interesting. The Hutong was more warm and cozy, and everyone knew each other more, and they all had each other’s backs. In the city, though, they are so many huge buildings, and no one really knows each other, so it felt colder there than in the Hutong. 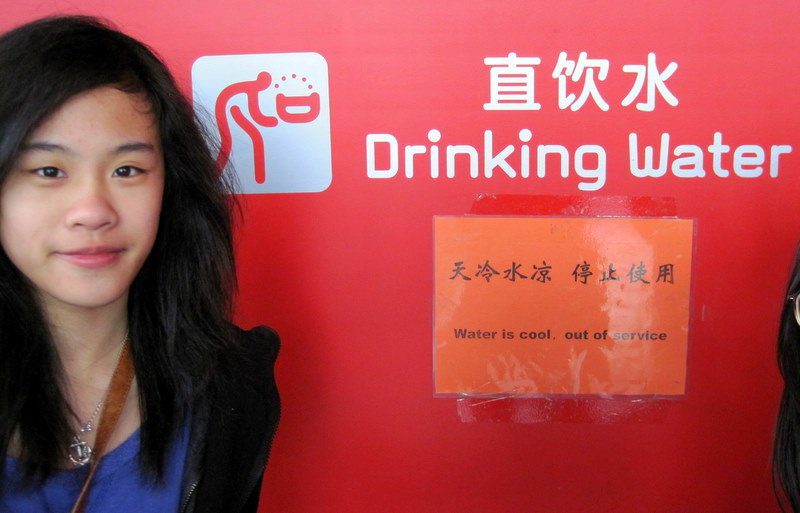 Hilarious translation: “Water is cool. Out of service.”

I also loved the Lama Temple because everyone there (besides tourists) believes in the same thing and they all had those long, good-smelling candle thingies (incense), and they prayed there. The temple had big Buddha statues, too, and statues of soldiers protecting the gods. I also liked how they had this foot-high threshold at the floor of each door, and its purpose was to stop ghosts from entering, because they said ghosts couldn’t bend their knees to get over it. For humans, girls are supposed to enter the door by stepping with their right foot first, and boys with their left foot. It was interesting to tour the temple because my own religion is Buddhist, but I was born into it (my parents are Buddhist) but I don’t really believe in it as much as they do.

Q: What advice do you have for student travelers? 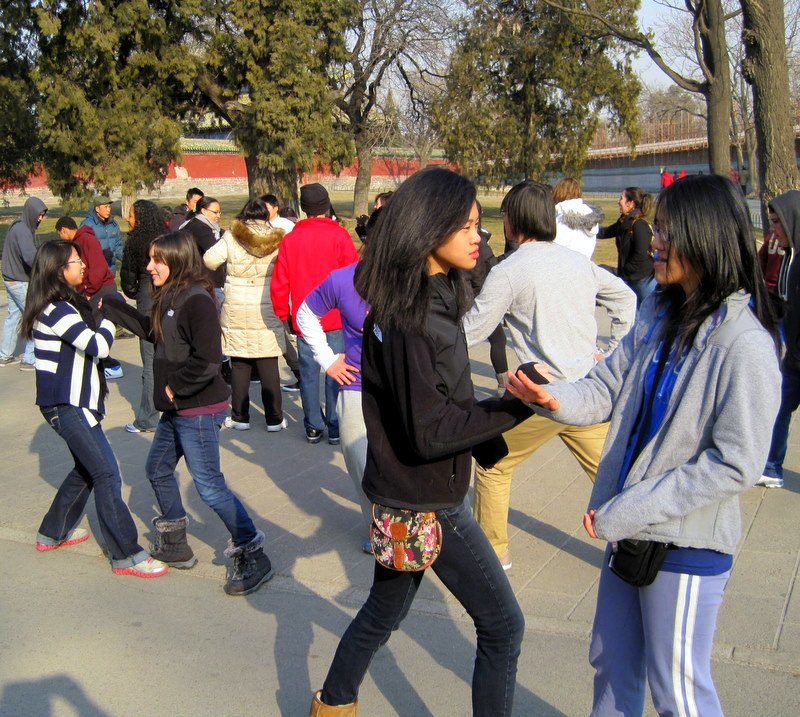 A: Don’t over-pack! I over-packed because I brought stuff I didn’t need at all, and it took too much space in my suitcase.

In the end, I had to throw it away because I needed more space for what I bought.

You’ll need some empty space to pack what you buy!

Thanks so much, for sharing your insights, Michelle, and thanks, EF Tours.

Readers, what questions or comments do you have for this world-traveling student? 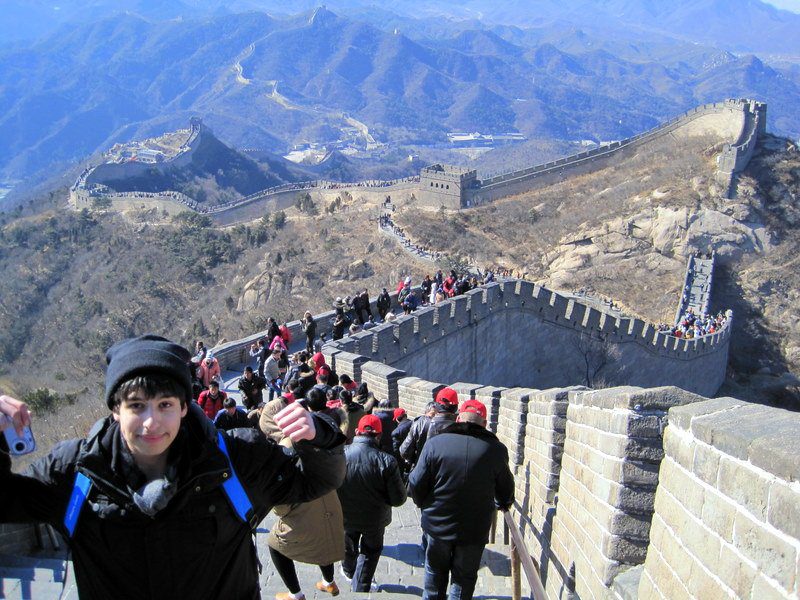 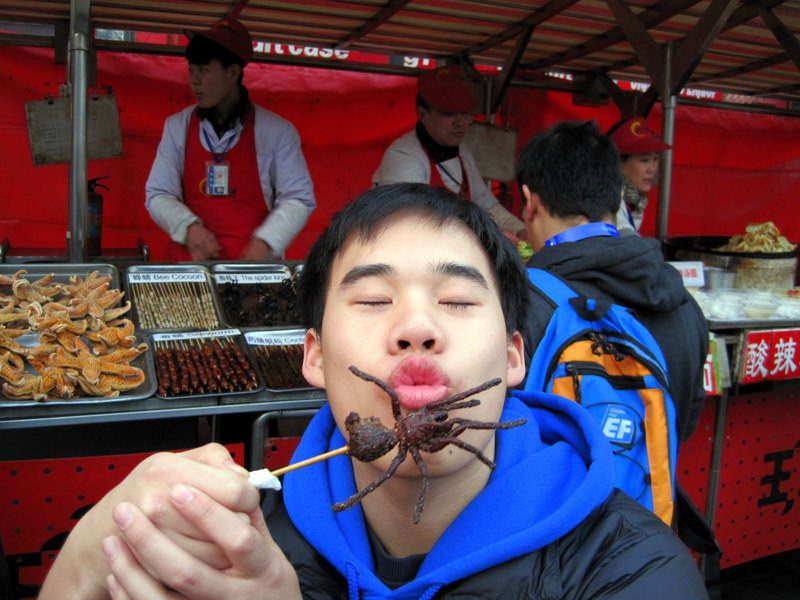 You have ancestral history from China! I think that's AMAZING! Also, I was wondering how large that pot was, and if anyone could reach down there and take any?

Over-pack? That's so funny, but it's probably true since you're going to buy so many things back from China and bring them back home. I wish I can go too.

When I was about 7 years old, I lived in the country side. The city side is a lot more different than the country.

That is a lot of money in that pot! I never heard of putting bills in a pot!

It's like throwing coins into a fountain to make a wish! It's part of the Lama Temple.

This is what my cousin had said about being stared at a long time in their bicycle and then fall down immediately. =P