Precious’s Article: Kicked Out of School 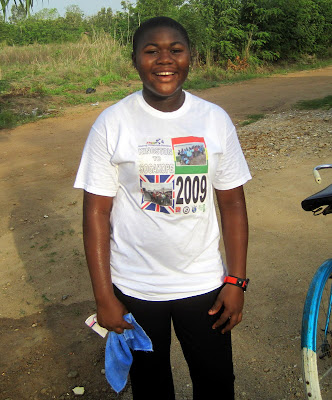 When I was eight years of age, my parents decided that I should go to a far-away school in which I would be a boarder. I was so happy that I was going to a new school in the Greater Accra Region!

The day school re-opened, my parents took me in to be registered. One week later, I packed my things and got ready to move. As I entered the school compound, everyone was on break and some girls came to help me send my things to the dormitory. I arranged my new room, then my parents called me to give a few last pieces of advice. Then they hugged me and both said goodbye. I started weeping.

When I entered the classroom, the pupils welcomed me and accepted me into their class. At that time I was in grade four. I sat down with a girl called Emily, and we became best friends. The class was learning Mathematics, and since I like Maths, I paid rapt attention to the teacher. Whenever he asked a question I raised my hand up first!

It got to a time that I loved the school, and the teachers loved me because of my good behavior and hard work. I was the best pupil in class! So the teachers decided to give me a certificate card and promote me to the next class! I called my parents about the promotion and they were so proud. 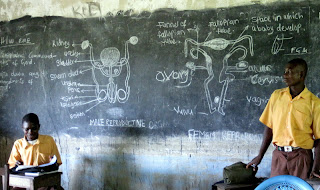 When I got to grade seven, my parents came to the school and advised me to learn even harder. Because I do not joke with learning, I took their advice and was given the reward position of being Office Girl.

Then one day, we were in the classroom learning Integrated Science in the topic of “The Reproductive System in Humans.” As we were enjoying our lesson, the headmaster entered the classroom with an angry pace.

He shouted at us, “Your class teacher put some money into the cupboard in your classroom, and someone has come to steal it!” He continued: “If you do not produce that money, I will punish you all.”

One hour later, the Headmaster came back and demanded the money. No one had it. “All right then,” he said, “Then each of you must come outside and dig a seven foot tall hole.” 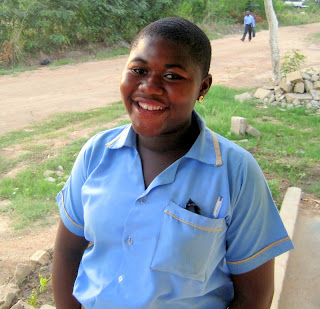 “WHAT?!” I said to him, “Since I was born, my parents have NEVER given me that kind of work before! I have the right to refuse work that violates my standards!”

The headmaster responded: “Since you refuse to do the assigned punishment, you should pack your things and leave this school.”

I phoned my parents in tears and told them what had happened. My parents said that I should come back to the house. I now attend school in Sogakope.

In Ghana we have physical punishments in school such as being caned, doing painful exercises, kneeling on the hard ground… and digging giant holes. I do not believe in these things. I have to speak up for my rights and for my freedom!

Lillie’s Note: This article brings up many different possible reactions! Please do leave a comment (including your geographical location) for Precious, who is a proud member of the YCC Cross Culture Project! 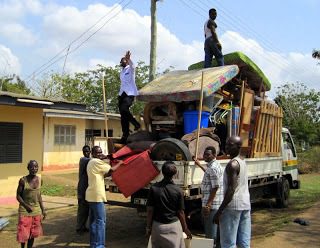 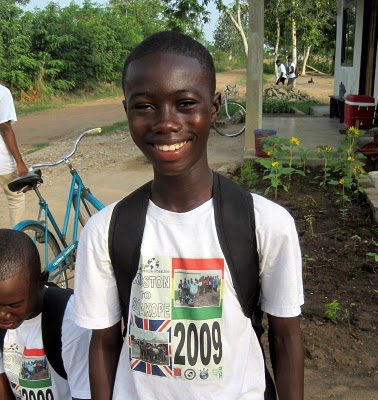 This article almost made me cry. No person should have to be subjected to that punishment! 7 feet is straight up cruel, and I would've gone postal at around 4 feet. Thank you for this article, and America isn't perfect, but the education systems in other people surprise me. That (Physical Punishment) is no way to treat children. They are humans too, and we (And them) should respect children and not put them through harsh punishment like they do.

This article just makes me really mad. This is because it is not fair because it could have just been misplaced but you got thrown out for speaking up for yourself.

I left a school that I loved under similar circumstances. It was a school based on the teachings of Jiddu Krishnamurti. One of his founding tenets was, "Question Authority." I had been suspended from school, which was a gross overreaction, because I had used some questionable language (it wasn't even swearing) during a disagreement with a teacher. They told me I could come back on the condition that I never questioned a teacher again, completely opposite of the founding principles of the school. I opted to go to public school instead.

Taught me a lot about hypocrisy. I am sad that I didn't finish school there, but glad that I stood up for myself. Just yesterday, a fellow I know told me that he thought integrity was one of my defining characteristics.

So yes, it's hard when authority tries to crush your spirit as they hold onto their illusion of power. But you've got to stand up for who you are and what you believe in. Good job, Precious. You're going to be just fine.

J. Krishnamurti: "To bring about a complete mutation, we must question authority very fundamentally. For me, questioning is far more important than to find out how to be free from authority; because in questioning we shall find out the nature of authority, its significance, its value, its detriment, its poisonous nature. By questioning, you will find out what is true."

Thanks for sharing this story!

I am SO glad that you stood up to your headmaster. Digging a seven feet tall hole, that's CRAZY! I would have done the same thing as you, stand up for my rights! I liked the beginning of this story because it reminded me of a show i really liked called Zoey 101. It's about a girl who goes to a boarding school and meets a couple friends like you did. But of course she did not get kicked out of school for no reason! I'm sorry you got kicked out it seemed like a fun school. -Tori