A Restaurant that’s RIGHT on the Water

The moment of perfection in restaurant selection is finding a place to eat which is so close to a beautiful body of water that you could dip a toe in if desired. What luck to find one such waterfront dining option in Seattle, Washington while visiting my little brother. Let’s see what it’s like to watch a Seattle sunset from Ray’s Boathouse and Cafe seafood restaurant!

Ray’s is located in the ultra-hip Ballard neighborhood of Seattle and was recommended by all my brother Dave‘s coolest local friends. There’s outdoor dining with large heat-lamps to stay cozy while watching the sunset, and there’s indoor dining which is a very valid option in the colder months, as the windows overlooking the water are so large, it’s almost as good a view as being outside! Just less freezing.

I was blown away by the scrumptious food at Ray’s. Dave and I split the dish pictured below: pan seared sea scallops, white grits, chorizo, micro arugula, radish, goat cheese, shallots, garlic, and sherry. Wow! All the ingredients were vibrantly fresh, having been locally sourced, and the plating was a work of art.

History of Ray’s in Seattle

Ray’s restaurant has a long and illustrious history. In 1939 (over 80 years ago!) Ray Lichtenberger starting running his bait house and boat rental in the spot that is now the restaurant. He added a coffee house in 1945 and a fish and chips eatery by the 1960s. The sign pictured below was built in 1952.

After being built up into a beloved seafood restaurant in the 70s, Ray’s shockingly burned to the ground in 1987. After months of rebuilding, the current structure was erected in 1988, keeping Ray’s legacy alive and running.

Seattle Sunsets Over the Bay

As the sunset grew more and more spectacular during our dinner, Dave and I began racing around the patio, snapping photos and videos and cooing “Ooo!” and “Ahh!” Our friendly waiter jested: “I’m going to add an extra sunset charge onto your bill.” Luckily it was just a joke, because a sunset of that caliber is priceless!

Ray’s restaurant sits right on Shilshole Bay (try to say that 10 times fast!) which leads in the northern direction to Seattle’s famous Puget Sound, and in the eastern direction to the Ballard (Hiram M. Chittenden) locks. Yes indeed: a meal at Ray’s leads perfectly to a stroll along the water in either direction! Just what I needed on the momcation I was on.

Dessert in Nearby Ballard

Speaking of nearby strolls, Dave and I decided to do dessert in Ballard near Ray’s at one of the wildest food concept spots I’ve ever experienced: a store that specializes in MOLTEN LAVA CAKES at “Hot Cakes!” Of course I got the most chocolatey one possible and ate it all. Be warned that they do take some time to cook, so amuse yourself with the splendid people-watching afoot.

So what about you? Is Ray’s seafood restaurant your ideal location for sunset views in Seattle, or do you have a hot tip on another location in the Emerald City? Do share! 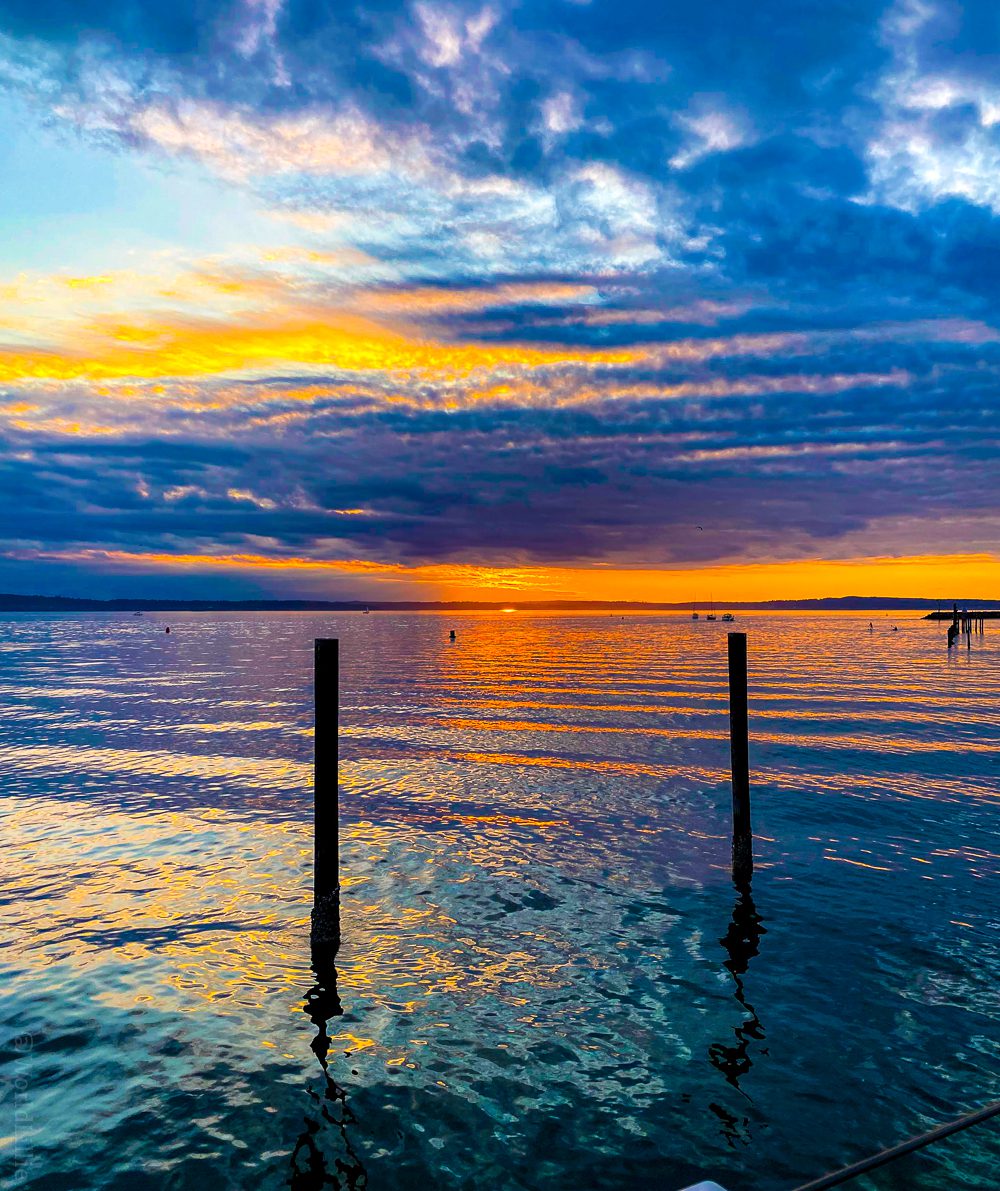 Such an epic meal! And I truly believe that summer in Seattle (when this took place) is the best season of anywhere I've *ever* lived :)