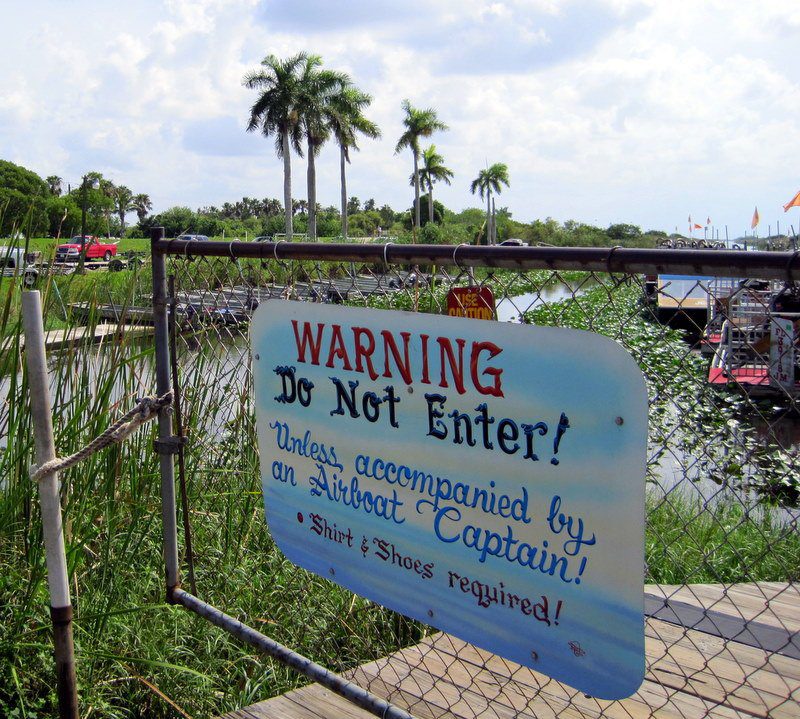 Beware, all ye who enter the Everglades! But it’s worth it.

Is it Dangerous to Tour the Everglades?!

“I’m not sure we’re going to survive the Everglades,” I gasped, browsing the Official Everglades Website. “Just listen to these warnings. They’re terrifying!”

“Please do not bring pets on the trails. Not only do you put your pet’s life in danger, you put yours in danger as well,” I read.

“I have this image of bringing a tiny yappy dog and having it instantly whisked away in the drooling jaws of a ‘gator!” I exclaimed. “Agh!”

“Warning! Vultures May Damage Vehicles,” I continued reading, my voice getting hoarse from fright.

“Vultures are attracted to the rubber on vehicles and have been know to cause severe damage to windshields, sun roofs, and windshield wipers. Vultures are a federally protected migratory species and may not be harmed.” 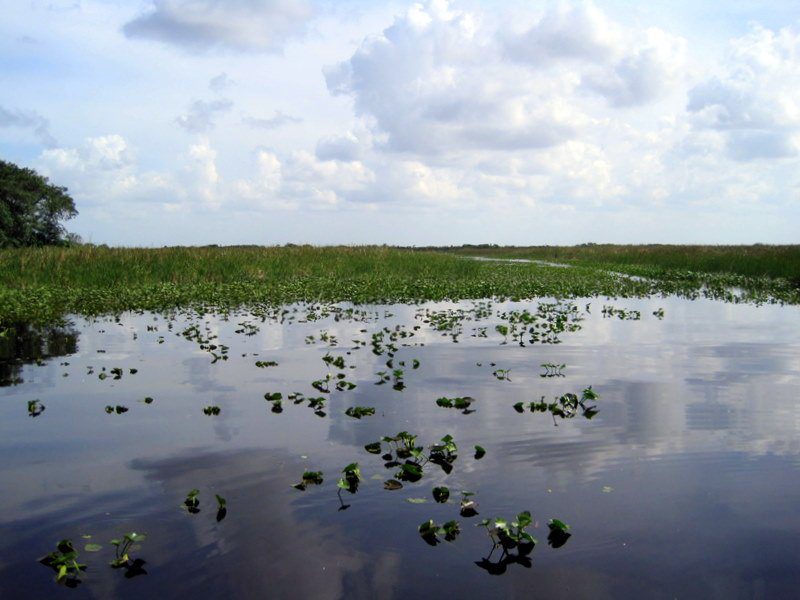 “What you can do [to prevent vulture attacks]:”

I nearly choked on the Sunchip I was eating. “Ok, so basically we and our car are going to be constantly dive-bombed by giant vultures, and there’s nothing we can do about it (as they’re a protected species) except clutch a soggy towel?!” 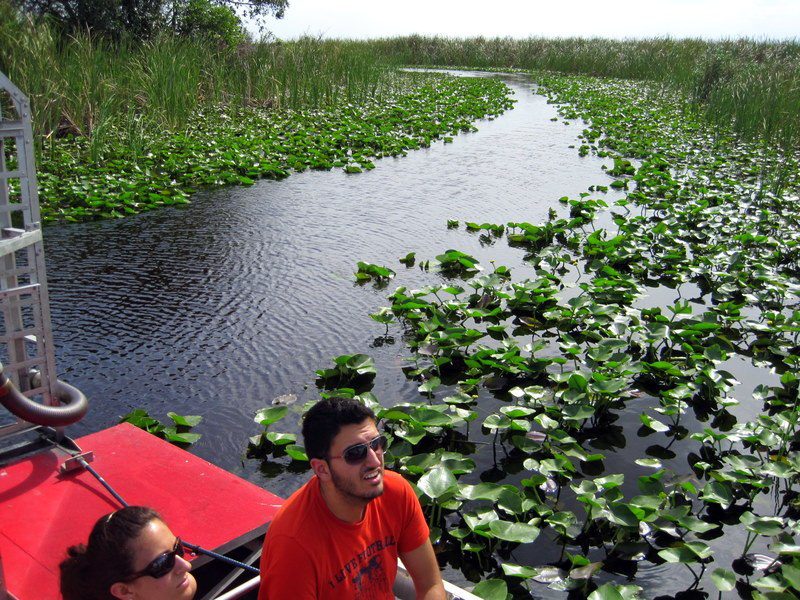 Our airboat cut through the thick, emerald green water plants.

Vultures and Snakes of Florida

I read on, heart thumping loud.

“If you see a snake, and you are unsure what kind it is, give it a wide berth.”

“Never pick up a snake.”

“Ok, no picking up snakes,” I muttered. “Got it.” My dreams of playing jumprope with an Eastern Diamondback Rattlesnake crumbled at that moment. 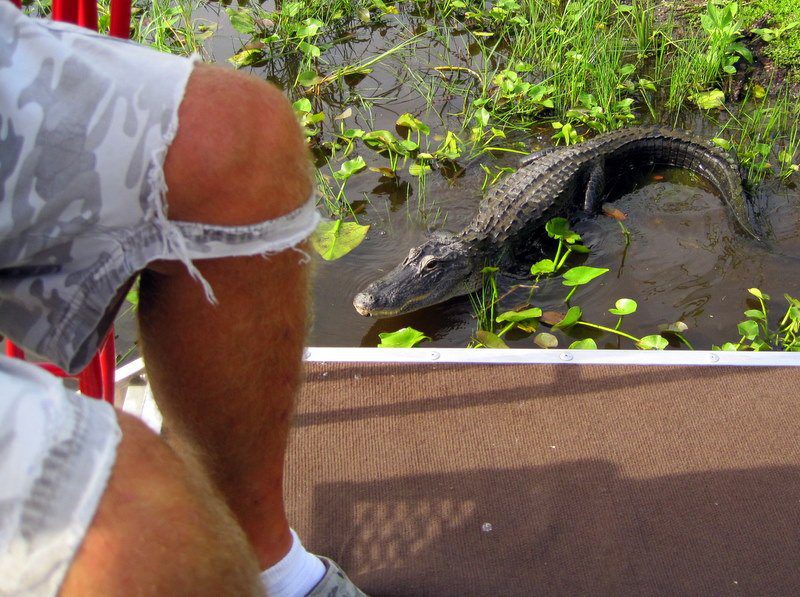 One of several alligators that got friendly with our boat.

“Despite their fearsome appearance, alligators are normally wary of people; unprovoked attacks on humans are rare. Those habituated to people as a source of food, however, may be more aggressive. As with all wild animals, it is necessary to keep a safe distance.”

“HABITUATED TO PEOPLE AS A SOURCE OF FOOD?!” I shrieked. “WHAT?! When and how did they get that habit?!”

I couldn’t bear to keep reading.

We reflected. At this point in our epic Florida trip, Colin and I had already survived a vicious Timeshare pitch, so what would be one more flash of danger in the mix? And could we really be so close to such a famous national park as the Everglades and not check it out ourselves? There was no choice but to go. We hopped into our silver Mustang rental car and sped towards the closest turn-in for an Everglades airboat tour. 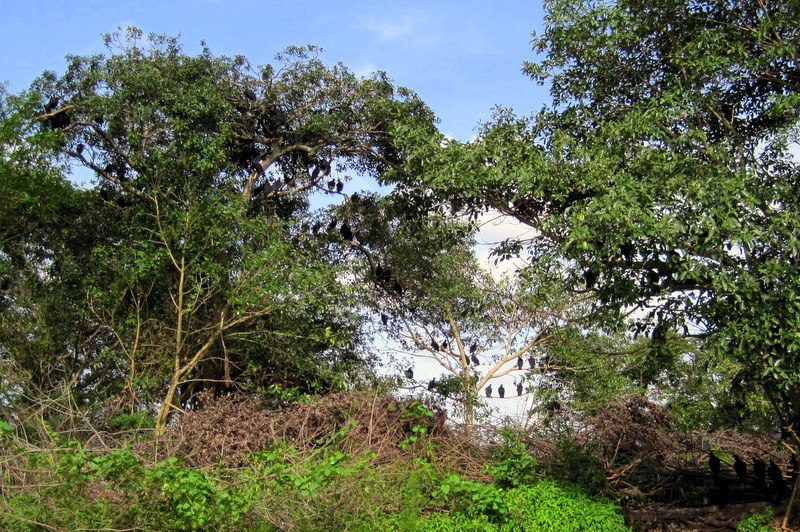 We passed an island with trees LADEN with vultures. See them?

As we cruised along Alligator Alley (yes, that’s the actual name of the road), I read Colin more warnings on the Everglades website from my iPhone, regarding: panthers (!), toxic plants (!), and swarming insects (!).

Colin was very manly and managed to not faint whilst hearing this, which was good because he was driving.

We noticed that all along the miles and miles-long perimeter of the Everglades, there was a wide, deep moat.

“I guess I feel a little more protected,” I muttered, “but couldn’t a panther leap over that puny moat?” 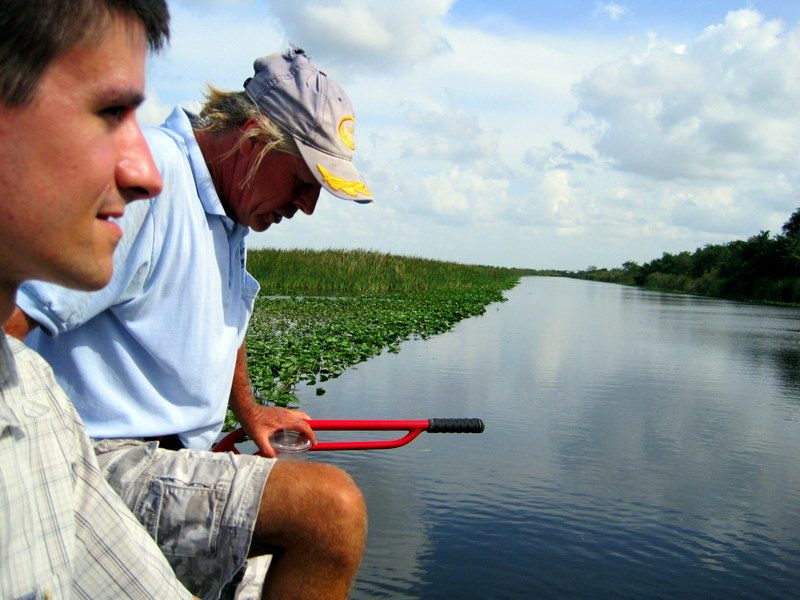 An Everglades Airboat Tour is Worth It

The first turn-in we encountered was Everglades Holiday Park, which had actually been recommended to us earlier that day via either Twitter or Facebook by a fellow travel blogger.

It was about a hundred degrees and I had been a surly fool that morning and not packed sunscreen.

We bought our airboat tickets (AAA discount!) for something like $20 each, which I was grumpy about at first (100 degree weather can make most things grump-worthy), but I can now joyfully proclaim to you: the Everglades airboat is AWESOME and totally worth it!

Our guide knew everything Everglades. 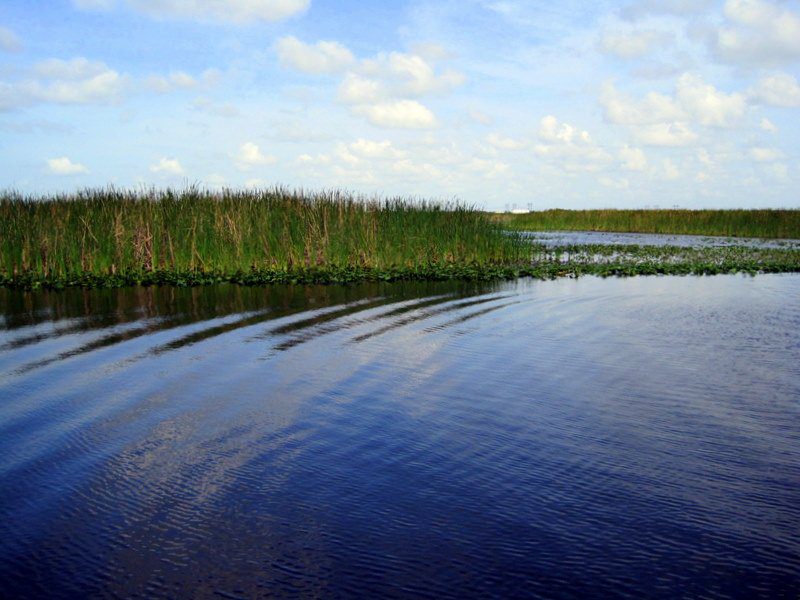 The sunlight around 4pm kissed the Everglades.

As we alternated between almost warp-speed and a gentle glide through the thick green water plants, our guide pointed out almost-hidden alligators (five to be exact, including two babies and one bold beast who slithered right up to us!), colorful birds (our guide had named them all and they seemed eager to see him again), and loads of history.

The Everglades National Park is the third largest national park in the lower 48 United States, spanning 2,500 square miles! Though people think of it as an alligator-infested swamp, the Everglades is actually a (very) slow-moving river which is 60 miles wide and over 100 miles long.

In dry weather, much of the water in the Everglades evaporates or is absorbed by the earth, making it impossible to take out an airboat. We lucked out on our timing! 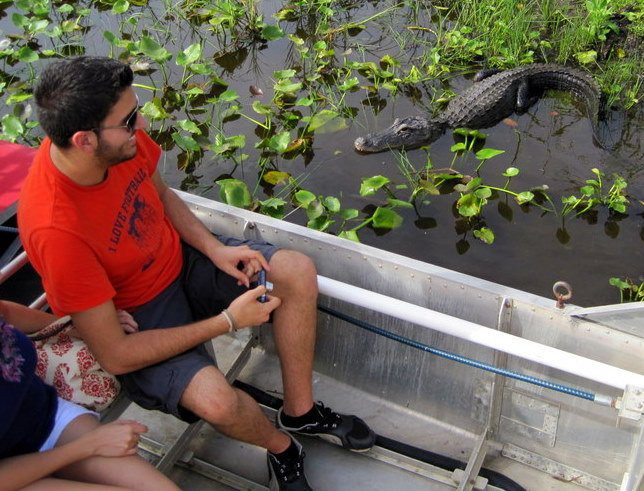 Facts About the Everglades and its Preservation

The Everglades originally covered 11,000 square miles in Florida (!), but was drained and “developed” rabidly by the Florida settlers who schemed for (and often attained) vast real estate fortunes.

Some of the long, straight airboat trails we zoomed down were actually slated to become HIGHWAYS, but thankfully, preservation groups stepped in and prevented the precious park from further decimation.

Our guide also taught us that vultures, despite their icky reputation, are actually the “vacuum cleaners” of the Everglades, taking initiative to swoop down and scoop up any dead being before it festers too disgustingly.

These and other amazing facts floated through the soft Florida air from the sunburned lips of our guide. 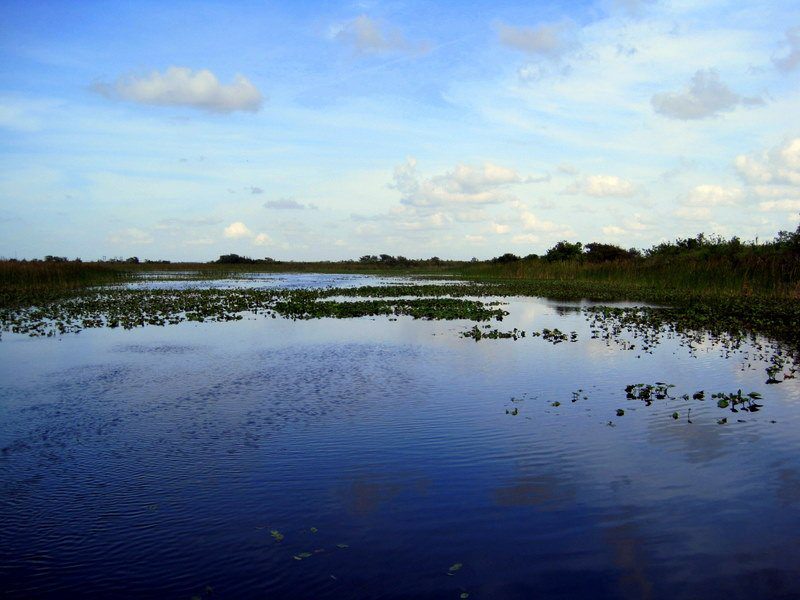 This treasure trove of nature was almost made a highway.

And our guide seemed sad. We could tell that he could feel in his bones the level of loss in the nature around us, historically and continuing. It was almost as if he could see the impending threats looming on the horizon like the black clouds of the thunderstorm that later drenched us.

We were deeply emotional as we stepped off the boat one hour later.

“Have you lived in this area your whole life?” Colin asked our guide. “You seem to know everything about the Everglades.”

“Nope,” our guide replied. “I’m from the Laurel Highlands in rural Pennsylvania. I just love it here in the Everglades, and so I came.” 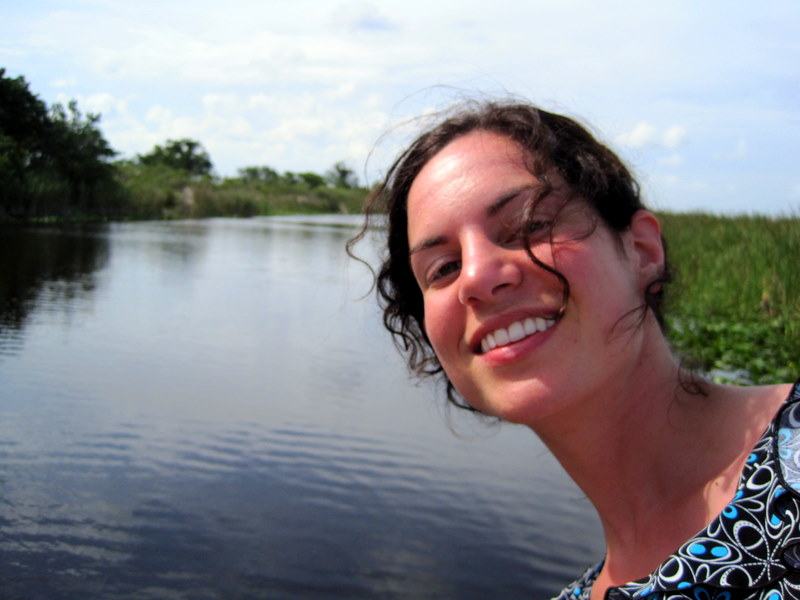 Me, loving the Everglades and not eaten by alligators.

The Real Danger of (or TO) the Everglades

And thus it turned out that the stories online about the Everglades were far scarier than the reality. We were not eaten by alligators, nor swooped-at by vultures, nor stung by snakes, nor dragged off by panthers, nor swarmed by insects, nor stung by plants.

Rather, we almost wanted to cry, as our Mustang took to the soulless gray highway again and Florida’s endless strip malls leered back into view, about the millions of tons of concrete that now crush 8,500 square miles of what should still be the Everglades.

Perhaps the biggest danger warning on the Everglades website should be about your heart! 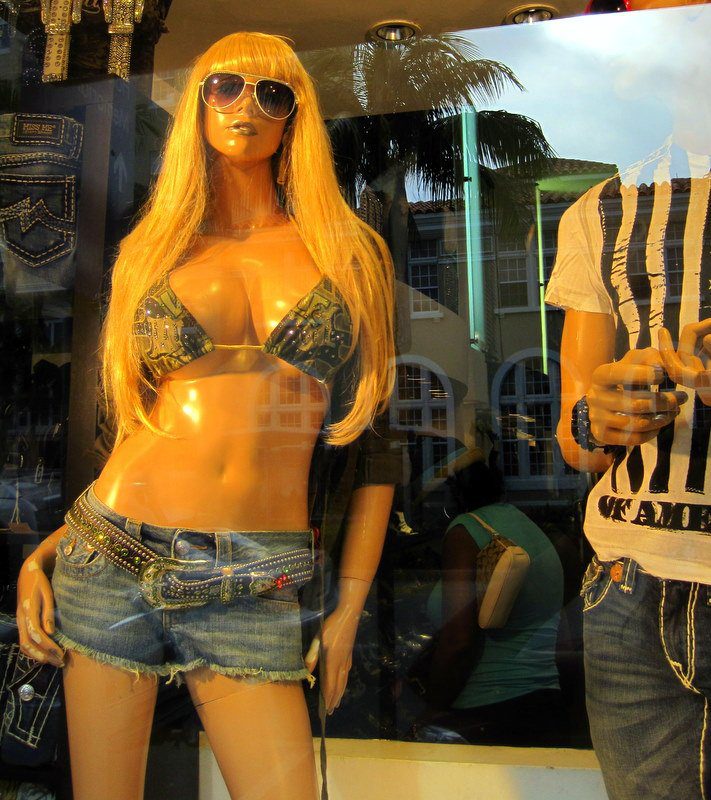 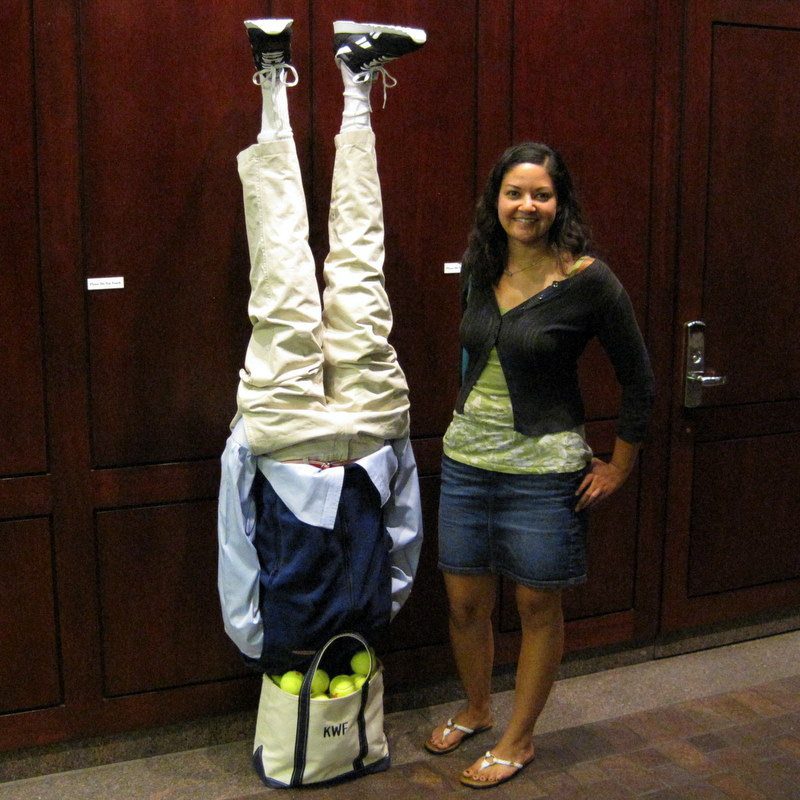 I did that trip years ago and loved it.You get so much more out of the experience when you go with a guide. Today I posted photos from my recent trip to Okefenokee Swamp in Georgia - and highly recommend a visit there too. Lots of gators, a scenic boat ride and you can visit a homestead of people who seemingly willingly lived in the swamp!

Great tip! Thanks for sharing!

I would never step foot inear the Everglades! The pictures you took were beautiful. The picture of the vultures was nery cool. I never knew they would be there.

I think that the everglades looks very pretty and the alligators are cute. They help clean the environment by eating all the dead animals to keep the place clean.

In one of your pictures its says shirts and shoes. How about pant? I do not see it on the sign.