Hagia Sophia: 1,500 Years of History and Beauty in Turkey

My heart is thumping with awe as I arrange the photos for this article. Hagia Sophia in Istanbul, Turkey is so astounding that it has captivated humans for nearly 1,500 years… and it may just captivate YOU through this screen!

Just as it would be painful to stand in one corner of a room while a chocolate cake sat alluringly across the carpet, it is nearly impossible to focus on any other aspect of Istanbul travel until you tour Hagia Sophia.

I mean, just look at its fabulous pink domed exterior! I was only on the first day of my week-long tour of Turkey with Turkish Airlines, but I could barely pay attention to the flight simulator because all I could think was, “Hagia Sophia is going to close before I can see it! If I don’t see Hagia Sophia today, I might pop!”

Thank heavens, a day is long enough to accommodate many things, and shortly after lunch I found myself exhaling with joy and relief as I walked into the towering doors of one of the most famed buildings on Earth: Hagia Sophia.

Hagia Sophia (pronounced: “Aya Sofeeya”) was built in 537 C.E. thanks to the labor of 10,000 workers. Can you believe that a structure so old and tall could endure for a millennium-and-a-half?!

From its construction until 1453, Hagia Sophia was an Eastern Orthodox church, as evidenced by the paintings of Jesus and Mother Mary you may spot in these photos. But why do the paintings seem splotchy? Well…

Starting in 1453 after the invasion of the Ottoman Turks, Hagia Sophia was converted into a mosque! In Islam, visual depictions of humans or the divine are forbidden inside places of worship, thus the Christian paintings were plastered over.

In 1931, the grand building ceased being a mosque, and was turned into a museum. What happened as a result was remarkable: Workers began painstakingly unearthing the Christian paintings from their masks.

What this means is that Hagia Sophia is one of the most notable sites in the world where a visitor can gaze upon Muslim and Christian symbols side by side.

This reminded me of similar architectural melding of religions that I’d seen in Spain: another country where Christian and Muslim history swirl. If you’d like to see some striking photos of this idea in another context, click here for my article on la Mezquita in Cordoba, Spain, which is the church-turned-mosque-turned-church with famous red and white striped arches. But let’s return to our discussion of Hagia Sophia, now, shall we?

Inside the building, we were gasping, grinning, twirling, trying to take it all in. I had a similar problem as I had at the Blue Mosque, which I visited the same day: How can can a camera capture the scope of a structure as staggering as Hagia Sophia?

The name Hagia Sophia comes from Greek for “Holy Wisdom.” It was the largest cathedral in the world for a thousand years (until 1520), and has been the inspiration for countless other buildings, including the beloved Sultan Ahmed Mosque which faces it right across a garden.

Hagia Sophia gets nearly 3.3 million visitors a year, making it the #2 tourist attraction in all of Turkey (right behind Topkapi Palace, which I sadly didn’t get to see on this visit). Because it is no longer a working mosque, women do not need head coverings to enter, in contrast to the Blue Mosque.

Hagia Sophia is actually the third “Church of the Holy Wisdom” built on that land, as the two previous had been demolished by rioters. The Byzantine Emperor Justinian I was the one who ordered its construction, and I can imagine him growling, “Let’s build them something so mind-blowing, they’ll never destroy it… Not in a thousand years!”

This building has seen its share of hardship, however. In the year 558, not so long after its construction, the dome of Hagia Sophia was so rattled by an earthquake that it came crashing to the ground. In a remarkable act of hubris, the emperor promptly ordered the dome to be rebuilt… but this time 30 feet more! At its highest point, the ceiling of Hagia Sophia is now 182 feet tall.

If you can believe it, this cycle continued. There was a fire in 859, and then another earthquake in 869 caused another dome collapse! Undeterred, the new emperor demanded it all be built again… and redecorated, too!

In 1345, more earthquakes caused additional ceiling collapses (yeep!) and repairs took longer this time, and were more halfhearted, as the political situation had become hairy.

I am shocked to learn this, but in 1453 when Constantinople fell to the Ottomans, Hagia Sophia was raided by pillagers, the people cowering for shelter inside were brutalized, and the building was defaced.

It is so sad that many of the most beautiful buildings in the world have witnessed some of the worst of humanity. When the Sultan himself entered Hagia Sophia, he began the process of saving the building.

How deeply thankful I am for the countless people who helped create, maintain, and restore Hagia Sophia for the past 1,500 years. As you may see in these photos, scaffolding covers much of the building’s interior, as it is a full-time job keeping the building safe and beautiful… but it sure is worth it!

So what do you think? What most stands out to you about the visuals or history of Hagia Sophia? What has been your experience, if you’ve seen it in person? What did I miss, despite my many words and pictures? I eagerly await your comments! 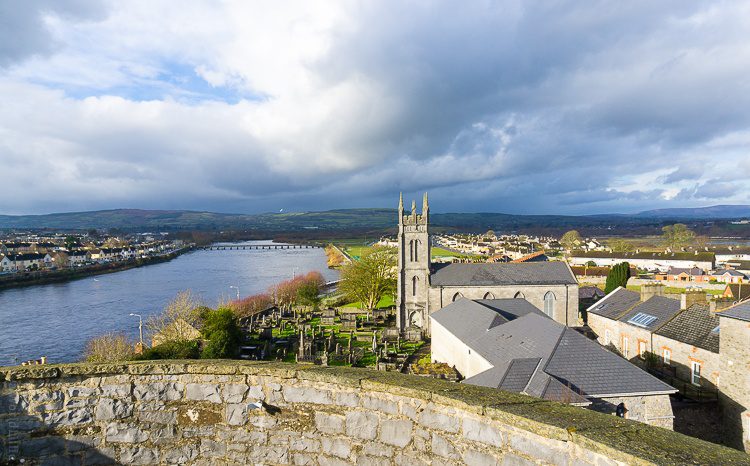 Limerick, Ireland: We Didn't Expect How Great It Is!
← Read Last Post 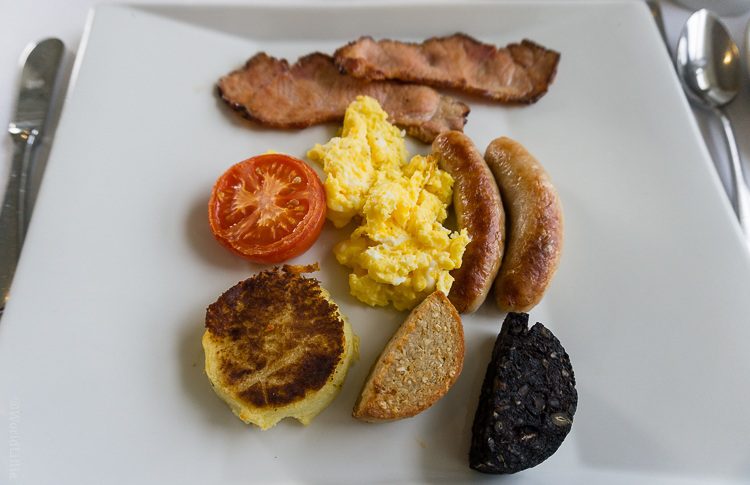 I'm glad you found it beautiful :) next time you go, I'd definitely recommend the Blue Mosque, Sakirin Mosque, Grand Bazaar, or one of the many palaces like Dolmabahce or Topkapi!

Thanks for the tips! I loved the Blue Mosque but missed Topkapi!

[…] in 2014, Bri and shipped off to Istanbul, Turkey, where we just left a few months ago. We taught there for what we felt were three incredible years, […]

This makes me so happy! I loved the Hagia Sofia. We visited Istanbul in 2012 and it was just spectacular. Not to mention the food was outstanding as well.

wow this is amazing i dont have words!! a lot of art in the building it is beautiful