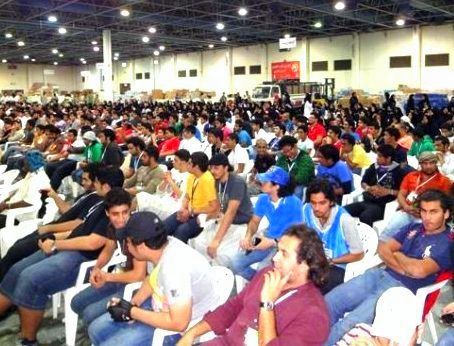 Thousands gathered to find out how to help the flood victims

“Are you OK?” we all asked each other.

“Do you know what happened to our friend’s house? Did it get damaged?”

“Did anyone in my cousin’s family die?”

“I have heard that it’s expected to rain tomorrow again, and I am afraid of what will happen!”

The 2009 flood in Jeddah, Saudi Arabia was catastrophic and brought very sad days… but it brought hope, as well.

My name is Meaad and I’m from Jeddah. In the year 2009, my hometown had a heavy rain that lasted only few hours, but caused a massive disaster. Many people died from drowning in their homes. 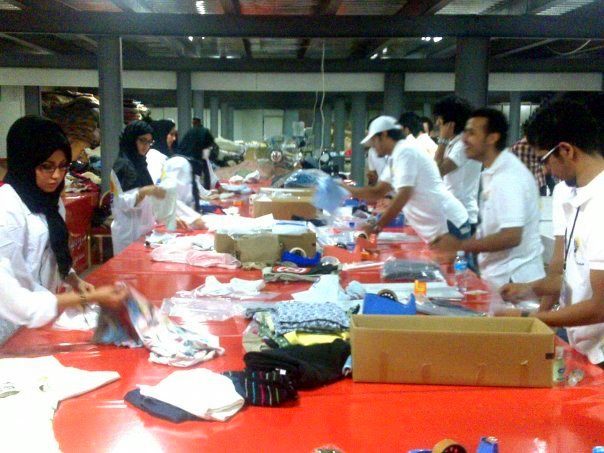 According to Wikipedia, during this flood “122 people are reported to have been killed, and more than 350 were missing. Some roads were under a meter (three feet) of water on Thursday 26 November, and many of the victims were believed to have drowned in their cars. At least 3,000 vehicles were swept away or damaged.”

All the people in the city were miserable. Then, everyone who could volunteered to help the flood victims. People began donating food, clothes, blankets, and home cleaning tools.

A group of people started to form “Relief Jeddah” campaigns, and they invited people to join them. I got a message in my Facebook account to come help, and indeed, I decided to go. 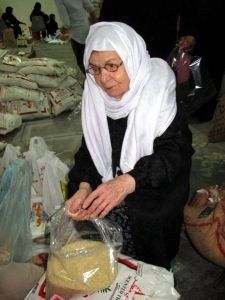 Young and old worked to help

I went with my sisters and my friend to the Jeddah International Exhibition and Convention Centre, in which the relief effort was centered. It was a very big place, and a lot of people of different ages were there: girls and boys, men and women, children, old people, and even people with special needs. They were all there volunteering and giving donations for the flood victims.

Each department had a huge amount of stuff, the volume of which I had never seen before. There was a giant number of trucks which brought the stuff to us and our job was collecting these things in boxes and then organizing the boxes in lines. After that, the trucks took these boxes with a group of volunteers and delivered this aid to the people in need.

All the volunteers were so organized, working so fast. Every time when we heard “Go… go… Quickly finish these boxes!” we felt excited to work harder. It was like a very big beehive. 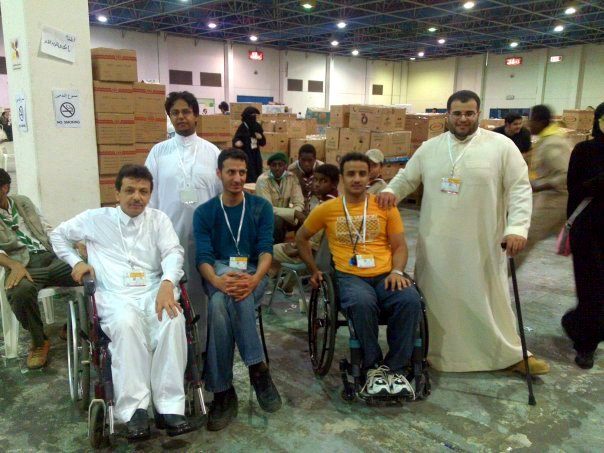 I am very happy to have participated in this campaign to help the flood victims. Though I didn’t go every day, some people who I know did volunteer every single morning for forty days! It was amazing work. I am so proud of the people in my home town for their cooperation, and for how they hurried to give donations for the flood victims.

I knew that the kind-hearted people of Jeddah were going to help the flood victims, but I never imagined it would be in this giant way. It was something beyond my expectations.

Lillie’s Note: Please leave a comment for Meaad on her tale which shows us a beautiful side of Saudi Arabia! Want more from this great author? To read Meaad’s previous article about her art exhibit, click here. To read her headscarves article, click here.

I think it is very nice that people will volunteer when something bad happens. Something that made me smile is knowing that people with special needs come out and help other people. I think people could overcome any challenge if people work together and help each other.

If I were there as a person I would help them repair the damage and donate money to fix up their houses to get their lives on track again.

I am so sorry to hear that. I can relate , last year when the earthquake shook Haiti to its foundation, i did not sleep for weeks. I had goose bumps with so many organizations coming together to help. I was crying tears of joy and of hope. The greatest thing about thee human heart is its capacity to care and help beyond belief. When one of our own is struck, we will rush yo them neither snow , sleet nor rain. Doctors were in Hiati within a two days of the catastrophe. Unbelievable. Natural disasters knows no boundaries, no ethnicity, no political borders or no economic status and neither does humanity. We help those who cannot help themselves, until they get back on their feet.I hope help continues to reach you and your country. Courage and Strength.

woah i once had a flood in my basement, but that was nothing like this

Was this damage worser than Hurricane Katherina?