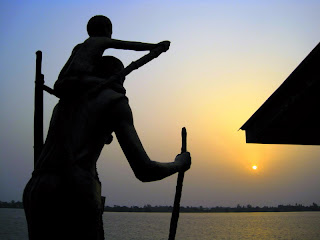 The electric power and running water have gone out for at least five hours a day, every day, for the past two weeks here in Sogakope. Nooo!

Usually these outages strike from mid-day to nightfall, but no one can predict exactly when they will start or end.

Are the utility companies purposely shutting off the water and power to work on some major problem in the system?

Are the outages just accidental and infuriating results of the sweltering temperatures?

Several people have tried to hazard guesses about the root of the blackouts, but their theories haven’t registered with me because by the time they hit their second word, my burning brain has always already gone to “I’M HOT I’M HOT I’M HOT” Land.

Why? Because this is what happens to you when the power goes out here: 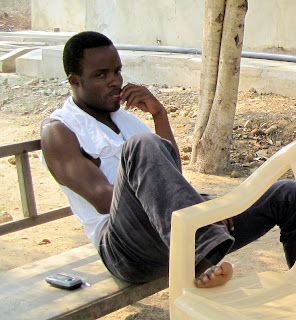 1. You were inevitably JUUUST about to take a shower, and have also more than likely just spilled some form of foodstuffs (often oily red soup) upon your arms and clothes. You smell, and you are also sticky. Sticky and stinky = you.

Sit in a grumpy lump and think: “All I want to do now is take a shower, or at least wash my hands… and that is not possible for at least four more hours. Noooo!”

Feel really, really dirty, not to mention covered with red soup. And then…

2. All the fans in the house have ground to a halt and the air becomes thick with heat so intense it is drinkable.

Sweat beads up on your nose and upper lip, between your breasts (or muscular pecs, should you be a man), and all along the curve of your spine. Then your legs themselves will begin to sweat, dripping rivulets from your knee creases to your ankles that tickle as they slide down.

Feel really, really, REALLY dirty. Step outside for air, but it’s midday and the sun is penetrating even the concrete roof of the porch, not to mention the thin leaves of the trees. Nooo! 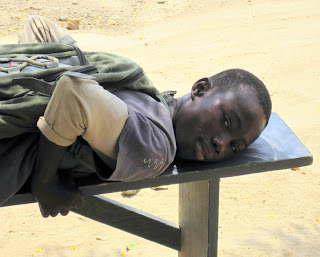 3. Maybe you were in the middle of a majorly time-sensitive laptop task, such as sending an American teacher her pack of intro Ghana student penpal letters before the start of her class on Monday.

Well too bad, bub, because you forgot to charge your computer last night, and now you have exactly five minutes before the battery sputters into indolence and doesn’t have a drink of power juice in sight!

There’s nothing you can do. Feel for your poor, thirsty battery. Feel for that teacher who won’t get her letters in time. Nooo!

4. If you have just been teaching writing class in the YCC office, the students who have stayed after class to type up their life story articles (we should– hooray!– be ready to start publishing them this week, by the way) will have been JUUUST about to save the three paragraphs they’ve painstakingly written when– POP!– the entire room goes dark. 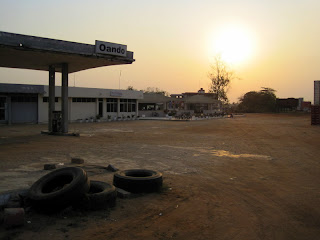 “Nooo!” you scream, echoing the goats frolicking outside on the rock pile. “Nooo!!!”

And this is the moment when you realize something: it is not you, but those YCC students have had to re-type their articles not two but THREE different times already who should be screaming and cursing like tipsy goats– but they’re not.

First, these dear young people should be screaming because of the debacle where they all typed onto one computer and then we realized that the USB drive on that one was broken and there was no internet access on it. This meant that the students’ documents were just stuck, jailed, trapped on that machine forever– and the kids needed to start typing again, from scratch, on another machine. Nooo!

But the brave YCC students picked up their notebooks, uncomplaining, and moved to the next machine. 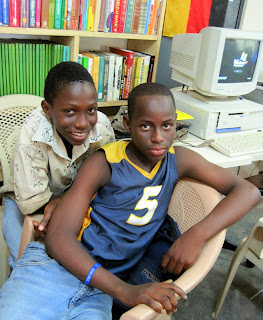 Alas, on the second computer, there was some sort of freakish erasing poltergeist that literally just made complete documents disappear. We never figured it out, but we did figure out that the three full articles typed and saved onto that computer were no longer there the next day. The poltergeist had struck.

Undaunted, uncomplaining, the students shifted their notebooks over, again, to a third computer.

And then we were typing on that trusty and hardy third computer, and had, blessedly, almost finished– when the lights flickered out into the echoing darkness of yet another blackout.

And that was when I started freaking out like a madwoman… but the students did not.

The seven children sighed softly, gathered their belongings, carefully stacked the classroom chairs, flipped the tables on top of one another for easy sweeping, shook my hand, and sweetly said: “We will get it done this week, Madam Lillie. Don’t worry!” 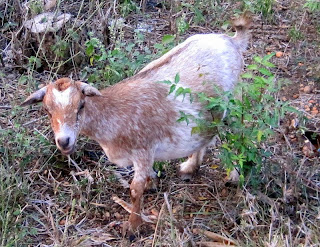 And thus the teacher became the taught.

(Note: Confused about what is shown in the first photo? It is a metal statue from outside Hotel Cisneros, Sogakope, of a man with a boy on his shoulders. Cisneros is right on the Volta River and thus gets a cool breeze, so it’s a delicious place to flee to during blackouts!)

This is really interesting and I chose to read this article out of all the others because I could actually relate. This summer I took a trip to Cape Verde with my family and as soon as I got into my house there was no water or electricity. I wanted to take a shower after two long plane rides but I had to wait until night time to do so, but it was still only 8 am. I needed to charge my phone too, but I couldn't. The water usually turned back on at around 3 or 4 in the afternoon, but not at that time everyday. Sometimes it would turn on before I even woke up, but they'd turn it off earlier than usual. The electricity was usually off during the day, so I could only charge my phone overnight. Even then the outlets were different than the ones here, so my sister and I had to decide who would get to charge their phone when because we only had one transformer. It was really difficult and frustrating to deal with for two weeks, but I think I was fine.

I'm really amazed on how patient the students are. They have to type up their articles 3 times! If I was in their situation I would be pretty frustrated. They are so amazing!

It must be really hard to be productive if this happens often. One way that the power outages can hurt them is by taking power from their freezers and spoiling their food.

I think this article was very fascinating! It was really detailed, so detailed I actually could visualize the whole experience in my head! The whole power thing must stink, having to re-write something more then once must be tiring! The Ghana students must have a lot of patients beacuse obviously they show their frustration as you explained in the article. This was fascinating to learn how quickly the power/water access can go out and how long it can last for! I certainly know that doesn't happen in Boston! I have to say this article taught me one more fact about Africa ( Ghana ) that I didn't know, so this was good! The article itself is good and perfectly edited!

I think it would suck to have to re-write an essay multiples times because of electricity going out.