A Secret To Happy Pregnancy From West Africa Travel 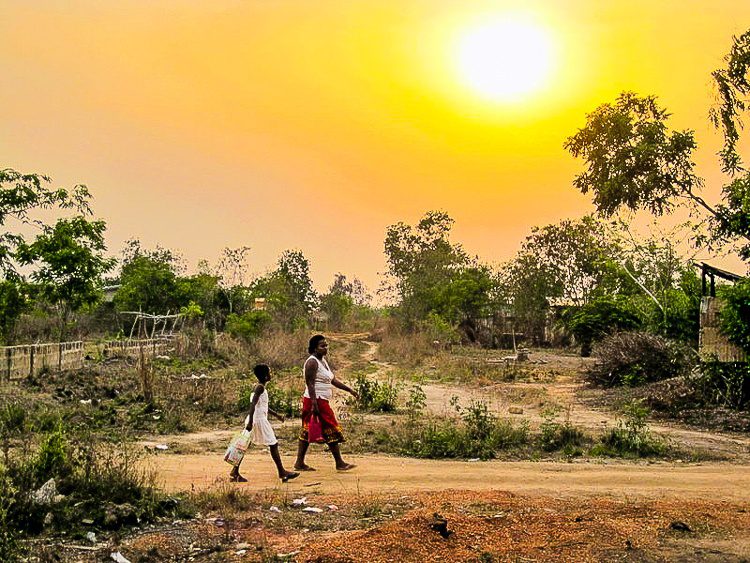 What secret about pregnancy does this photo from Ghana reveal?

Now halfway through my pregnancy, everything is suddenly so much better. Why? Because I finally realized something. This requires a travel metaphor to explain.

When I lived in Ghana, West Africa in 2010, it was HOT. Look at the first photo in this article and gasp at the massive size of the sun. It was like that every day. HEAT. SUN. HEAT. Bam! 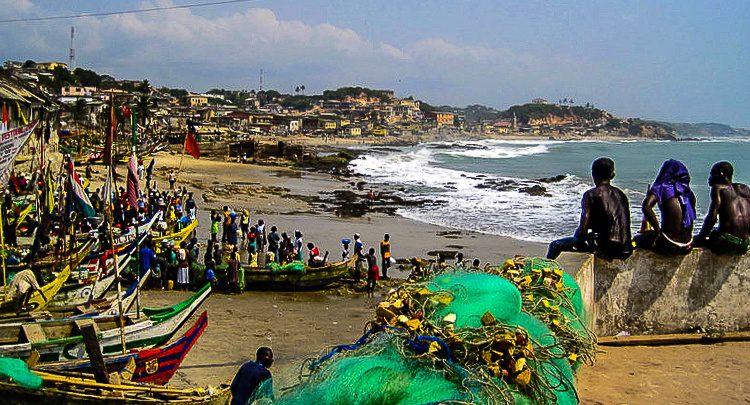 Can you feel the sweat in this Cape Coast, Ghana photo?

Unfortunately, I dealt with this reality of Ghana like a fool: I tried to do everything the same as if I were back in temperate Boston. Long walks in Ghana’s sun? Why not! Going jogging at noon? Sure!

Sleeping late and arising when the sun was full out? Great! By the end of my first week in West Africa, I was a mess: Exhausted, dizzy, and slick with dirty sweat.

Then at last I got present to the actual country I was standing in, rather than the one I had left months ago.

I began to notice the wise ways in which my Ghanaian coworkers dealt with the heat. To beat the sun, they arose before dawn to start work. To navigate the thick air, they moved with slow, deliberate steps (in contrast to my jerky bounding). To avoid the rays of noon, they took mid-afternoon naps. Ahh… so smart!

Once I began moving with the heat in Ghana rather than fighting it, my life and health became worlds better. 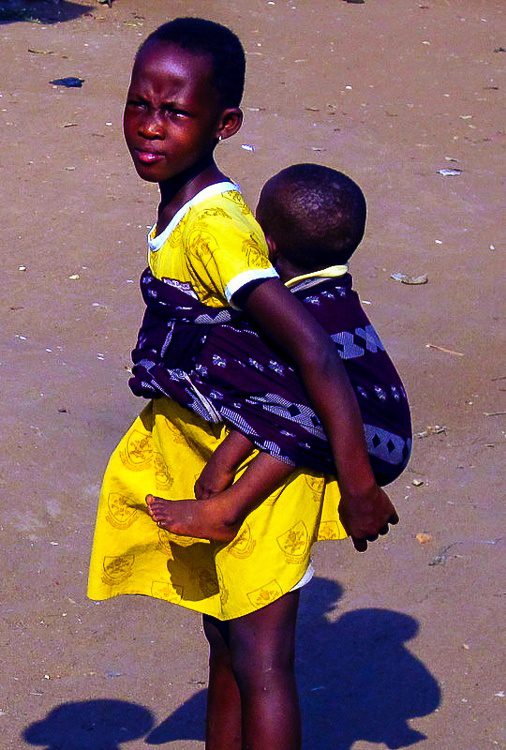 The survive the heat in West Africa, you need to flow with it, not do battle.

So what is the connection between the heat of West Africa travel and pregnancy?

When you enter the land of Pregnancy World, the rules change, just as they do for Wedding World or West Africa. My foolish mistake in the first four months of pregnancy was trying to act the same as when I lived in Non-Pregnant Land.

Like a silly Bostonian trying to go jogging in Ghana at noon, I spent my third month of pregnancy lugging my heavy bags alone through airports to Toronto, blabbing (through an exhausted haze) about how naps are for sissies, and fighting my constant ache to eat.

Then came the revelation: Don’t fight the effects of pregnancy; move with them. 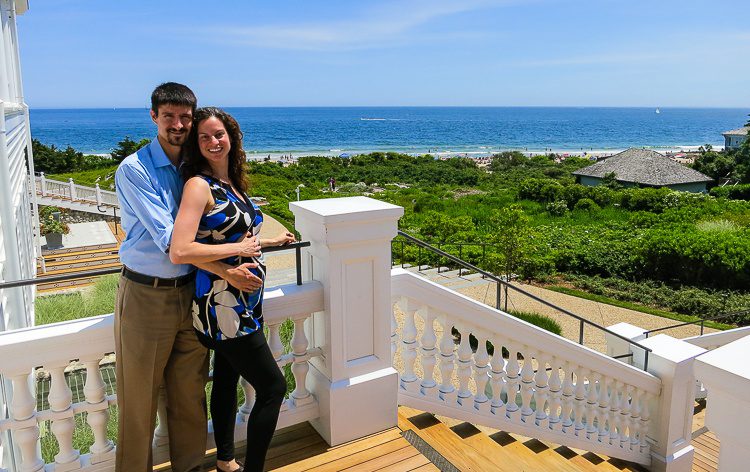 Allowing my pregnant self to relax in beautiful Westerly, Rhode Island.

I started to pack a big bag of food to take with me to work, then indulge in a Lunch #2 at a cafe once school let out. What relief! I embraced the art of the nap, even excusing myself from a big dinner party to lie down for fifteen minutes.

When I woke up, I felt so much better than if I’d resisted the urge to snooze! I began asking for help carrying heavy items, realizing there is a reason my strength isn’t what it used to be: my ab muscles are all weirdly stretched. Ahh, how nice and how necessary to be helped! 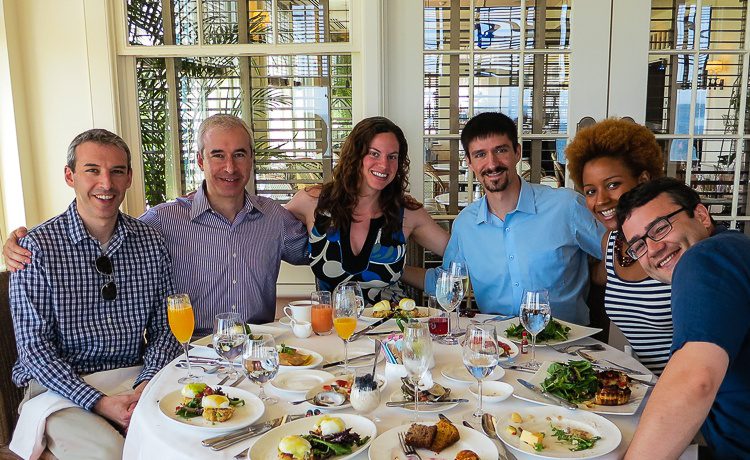 With loved ones in Westerly, Rhode Island, showing how I’m now embracing the pregnant need for food.

As I stopped denying and fighting the effects of living in Pregnancy World, my life became drastically happier. I became rested, well-fed, and protected. To society’s credit, the world does help a pregnant woman in this journey. Society is happy to pamper the pregnant, once we let them, just as my coworkers in Ghana helped me with the heat.

So there you have it: Whether you’re traveling to steamy West Africa or to crazy Pregnancy World, the secret to happiness and health is to flow with it, not fight it!

See my 20 other pregnancy articles at this link! 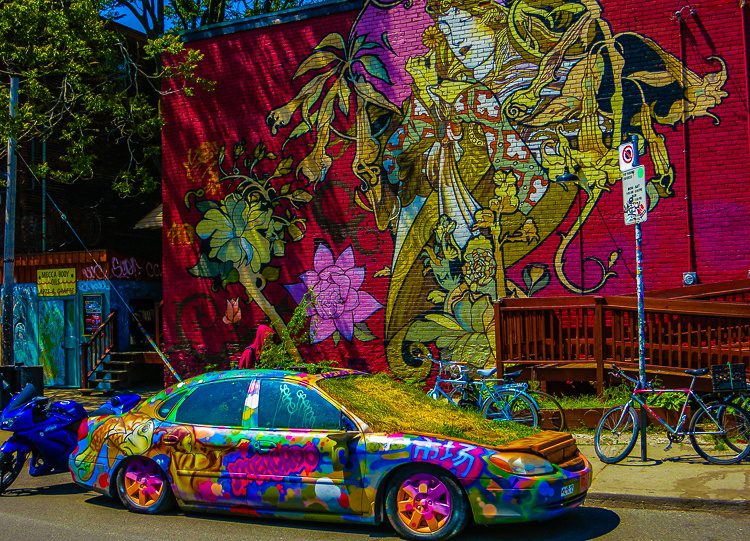 Do the Skyline and Art of Toronto, Canada Surprise You?
← Read Last Post 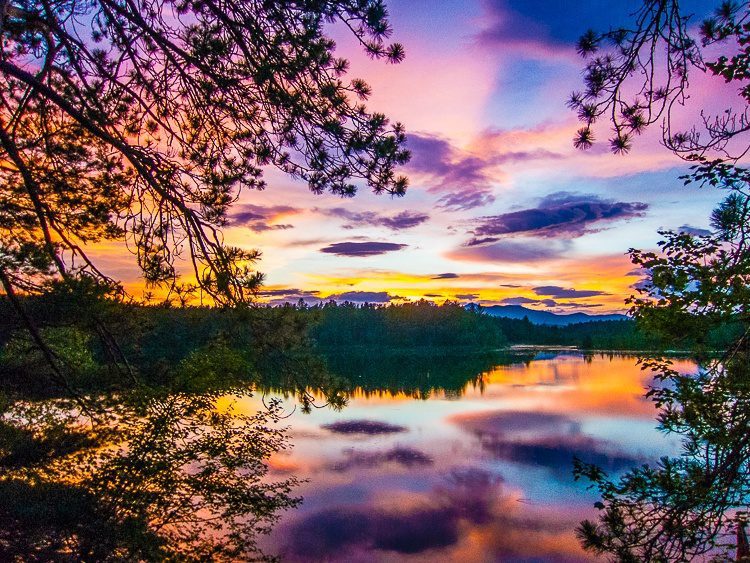 What are you doing in Ghana? Just curious because I would like to live abroad

Hi Stephanie, I was volunteer teaching. All my 90 articles about it are here: https://www.aroundtheworldl.com/category/locations/ghana-volunteering/page/10/

I liked how your lesson about how to beat the heat of Ghana because when summertime comes, the tips would be very helpful for me.

I actually was born somewhere that's very hot and they also use the same method that is written here.

In latin countries too we are masters of "siesta" to fight the heat :)

That's the way to do it!

Sounds like moving with rather than fighting against is a great philosophy for everyday life. Thanks for sharing!

You're right-- The advice goes for any realm of life!