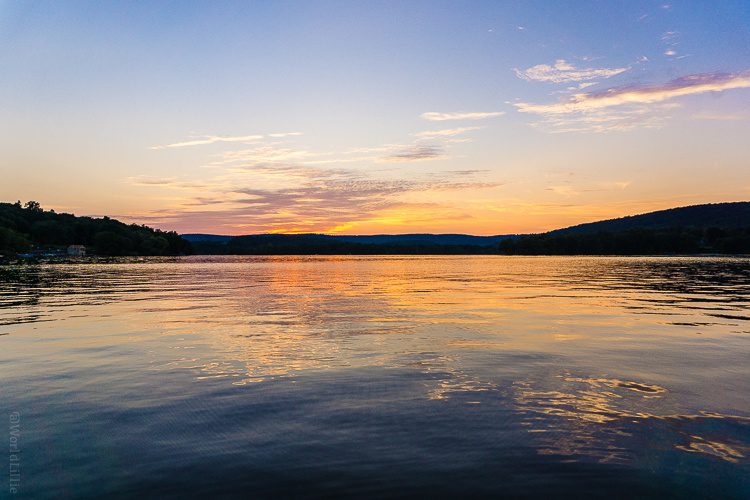 Sunset on having just one child, and sunrise on two!

There’s so much I’ve wanted to say to you yet couldn’t, but now we can finally reveal that we are three months pregnant with our second child! First… yay! Colin and I are so excited to be “turning food into another human,” (as I like to say while downing pasta salad). 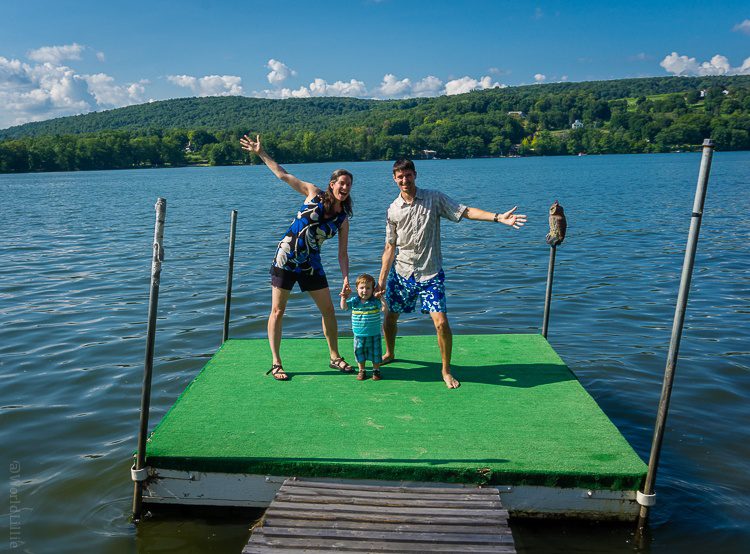 Second, this may give some context for why our 2,000-mile road trip with a toddler this summer was — despite being glorious — utterly exhausting. I forgot how tiring and nauseous-making pregnancy can be, and spent many a day in Quebec, Seattle, Finger Lakes, and Connecticut (where I took these pretty photos) collapsed in a corner between bouts of sightseeing. It turns out the only thing that keeps my pregnant self functional is eating every two hours WITHOUT FAIL. Colin has become adept at handing me munchies before I implode!

Given that my article on funny pregnancy symptoms is the number one Google result in the world for searches about pregnancy symptoms, you’d have thought I’d remember the whole “suddenly starving” thing the second time around… but no. 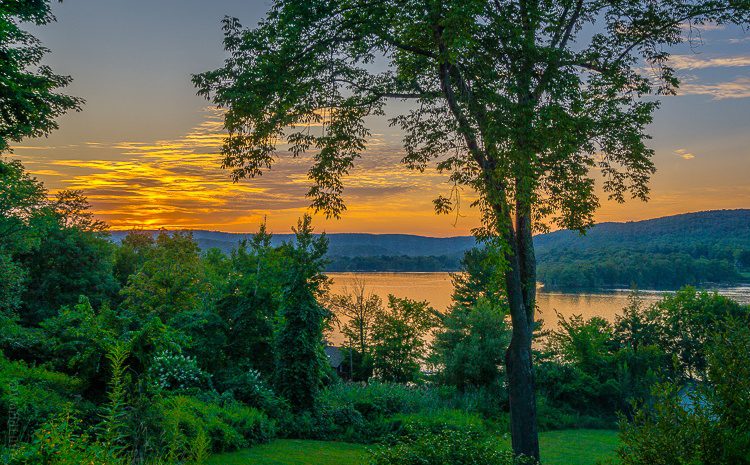 That Connecticut sunset just gets better and better… like parenting!

Then come the awkward elements of a second pregnancy. First, a gal tends to “show” a whole lot earlier the second time around, so I actually had multiple people ask me if I’m pregnant (WHOA!), which is the ultimate “no no,” right? They worded it hilariously: “You are SO SKINNY, and you don’t look pregnant AT ALL, but the shape of your dress, and the way your hand is on your belly is making me think, maybe…” Hah. I guess I’ve been showing so clearly for weeks that they figured asking was worth a possible jaw punch.

Another funny element of a second pregnancy is how to word the announcement. “We’re Pregnant AGAIN” sounds sort of disrespectful to the uniqueness of Fetus 2, doesn’t it? Sheesh — even “Fetus 2” is rude. I am committed to not relegating you to #2 status, little peach! (My pregnancy app tells me (s)he is the size of a peach today, fruit lovers.) 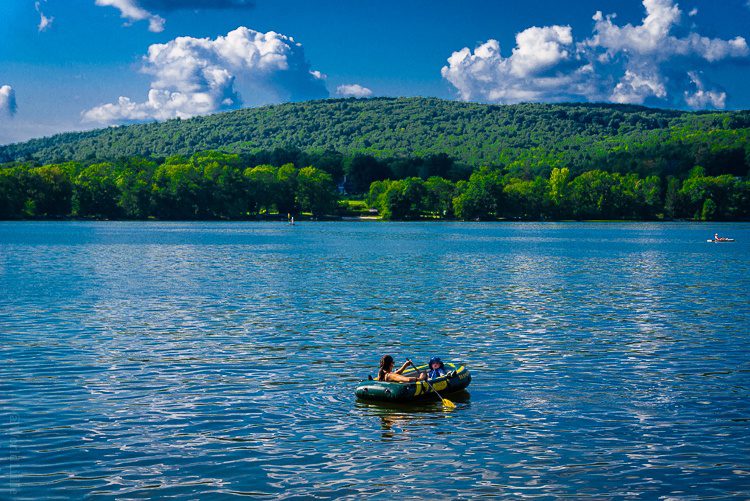 Devi enjoyed floating in Lake Waramaug, as his sibling swims happily in the womb.

So here’s a funny story: People actually thought I was pregnant five months ago, and not because of my belly pooch, but rather because I accidentally started an online rumor, myself! How did I do that, you ask? I was experimenting with automated tweets of old articles from my trove of the 700 on this site, and tweeted out a bunch of random articles without thinking much of it to my @WorldLillie account, which now has 17,500 followers. The next day, a colleague and a student sidled up to me and said, “Congratulations!” When I gaped at them, perplexed, they responded, “I saw your tweet!”

Turns out I’d accidentally tweeted out my article from 2013 when I was pregnant with Devi, which is entitled: “We Can Finally Reveal the Happy News: I’m Pregnant!” Needless to say, I set the record straight, discontinued auto-tweeting, and then promptly DID actually get pregnant several months later. Lesson learned: People do read what you post on social media, so don’t be a dink like me and inadvertently start a rumor about yourself. 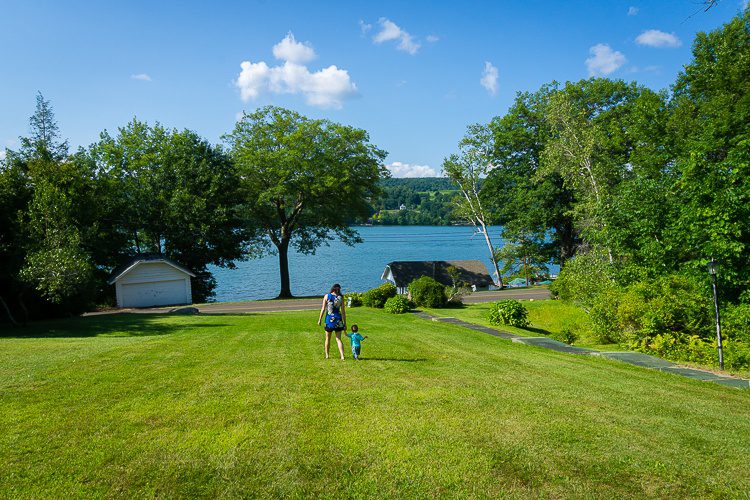 Our little guy shall know there is enough parental love for two children.

This brings us to taking the photos for this announcement article. Everything in life is a lot harder — yet a lot funnier — with a toddler, and so it went with these photos, taken in northwest Connecticut where we spent last week. See how there are more nature photos here than family snaps? EIGHTY-TWO failed photos later, let’s just say that the lake was a lot more into being photographed than our squirmy little bunny man. 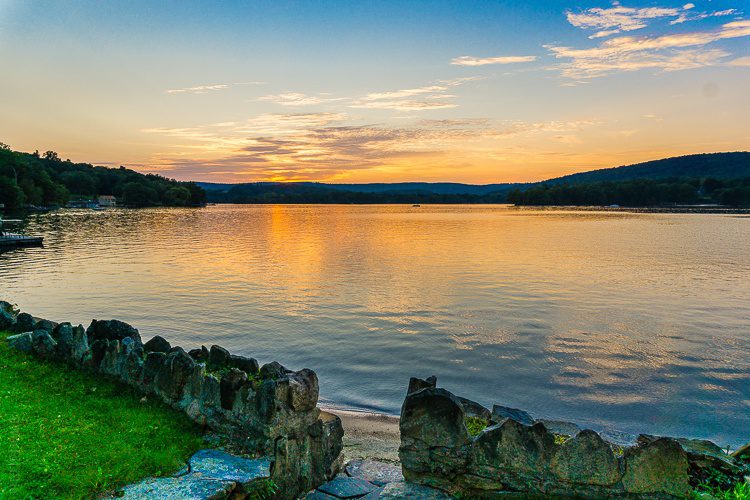 A relaxing sunset… Just as we’re in for a relaxing 2016 having two kids under the age of three!

So there you have it. Sometime in February of 2016 if all goes according to plan, our family of three shall become a family of four! Ooh do we ever have an energetic and diaper-filled year in store for us… but parenting has been a rollicking ride so far, and I am smiling already thinking about what’s next. I appreciate any words of advice or encouragement, so do leave a comment!

Start potty training now! One set of poopy diapers is more than enough. Congrats again! What are your plans for your job? Same as with Devi?

Argh -- we'll try, but are dreading potty training! Plans with work are to take a few months off (thankful our union has fought for us to have that opportunity) then go back to teaching and travel blogging full-time. Well, travel blogging I can continue while on Maternity Leave!

Congrats! SO happy for your family! xo

Super happy for you and your family!

Looking forward to reading future travel adventures as a family of 4.

Congrats! It will be another big life adventure. Here's to families like ours that love travel and blogging. Hope our paths cross one day! :) Pru & family