The N-Word We Should Explicitly Teach to Our Students: Networking 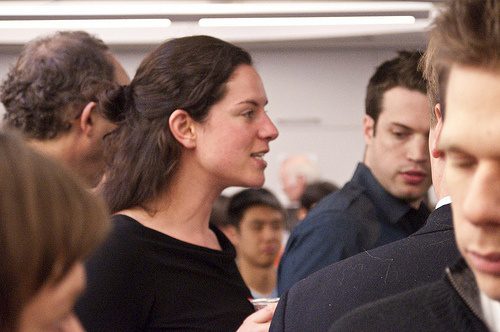 Me, captured by a professional photographer mid-networking!

“What’s that “N” word we were talking about last week?” I asked my students today.

“Right!” I exclaimed, thrilled at how well the ongoing training was progressing. “And what does ‘Networking’ mean?”

“Meeting other people to connect ideas and opportunities,” one 8th grader offered. “Seeing how you can help someone with their project and goals,” added another, “and how they can help you on yours.” I nearly fainted in happiness. My Campaign for the Teaching of Networking is starting to bear fruit!

These photos are from the Venture Cafe EdTech Networking Night.

You see, the more I look at the skills that have helped my life and the lives of successful people I know, the more I see the paramount importance of Networking. Lately, I see that if we don’t teach our students how to Network, all the writing instruction we do, all the To Kill a Mockingbird analysis, and all the their/there/they’re practice we beat into their heads won’t be used to its full potential!

Just HOW important is the skill of connecting with others for mutual gain?

Or, put another way, just HOW correct is the quote from the movie A.T.L. (starring esteemed rapper, T.I.): “Sometimes it’s not WHAT you know, but WHO you know”? 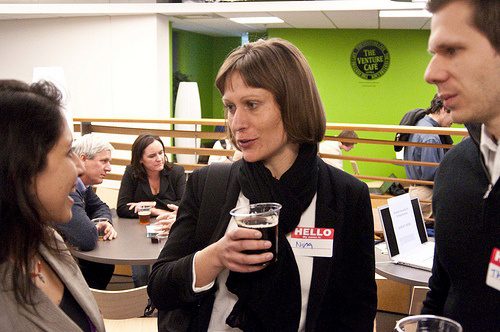 It’s so exciting to be in a room of people building ideas!

Check out these facts:

1. Jobs: Can we agree that the majority of job offers are from connections (“who you know”), not formal applications? Seriously: ask around among successful adults. And readers, I invite you to share your own experiences in the Comments section: How much has Networking built your resume?

Me, I have held about twelve formal jobs in my 29 years, and seven of those (including the most important and high-paying ones) were because I had gotten to know someone who knew someone who knew someone who was hiring, who trusted me for the job because of our connection. Now, I did get the other 5 jobs through a formal application process, so students mustn’t give up on that route forever… but let’s really acknowledge the clout of connections for careers!

2. Opportunities: Many successful people started their career path because of an opportunity they heard from a casual conversation with another person they didn’t really know. 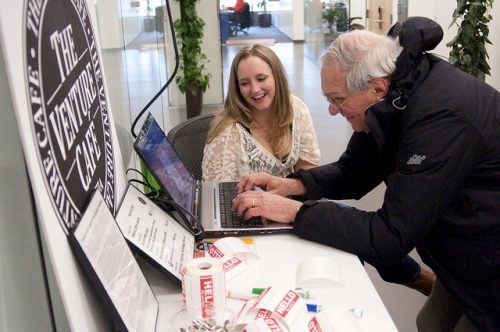 Signing into the Venture Cafe with Virtual Name Tags!

For example, my friend Marleny, who is Boston Public Schools graduate and now a doctor (woo hoo!), earned over a quarter-million dollars in scholarships for elite schools because she heard someone mention a scholarship she had never heard of and asked follow-up questions. She found the scholarship, applied… and won! Networking is about listening well, valuing the ideas of others, and following up! 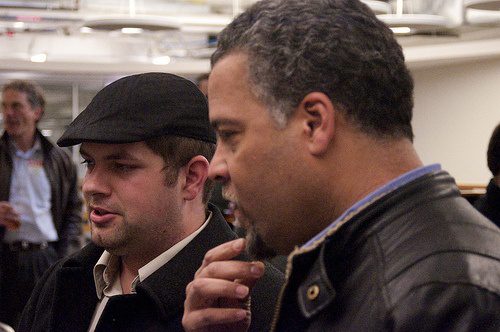 A room full of amazing people and free food. YES!

4. The growth of your dreams and projects. Exactly a year ago, I spent 3 wonderful months volunteer teaching at Youth Creating Change of Ghana thanks to online networking I did through the website Couchsurfing.org. Moreover, the reason that YCC Ghana, a small, locally-run nonprofit group, was able to reach the eyes of an American like me is because YCC’s Director is a brilliant online networker, himself.

There are millions of small Nonprofits around the world that never get a single international volunteer, but because of YCC’s proficiency in Networking, YCC now has a ton of amazing, growing opportunities and international ties. Given that, what could Networking do for YOUR dreams and projects? 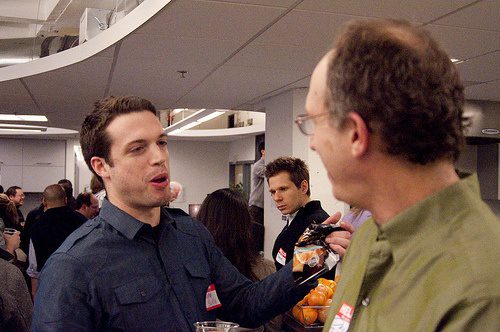 Networking and BUILDING ideas and connections: a true joy!

6. Mentorship. You may or may not know how I stalked and tracked down the #1 Travel Blogger while he was visiting Spain. Long story short, we’re now good friends and I’ve learned SO much about blogging, business, and travel from connecting with him! There’s a fine line between Networking and Stalking, but as long as you can stay out of jail, linking up with the star players of your dream field is euphoric and extremely helpful in achieving your career goals.

7. Joy! Last Thursday night, returning home from the Venture Cafe in Kendall Square, Cambridge, I was so truly, deeply excited and HAPPY, that the friend I called to chat with thought I was on some heavy stimulant drugs. But no drugs were involved, honest! The reason for my bliss was that I had just attended an unbelievable 150-person EdTech (Education Technology) entrepreneur networking meet-up.

It wasn’t just the free food, gorgeous high-tech surroundings, or awesome people that made that night such a revelation, no. What was so exhilarating was the almost palpable feeling of BUILDING connections. What a high to realize that you can contribute to someone else’s project or business, and they can contribute to yours… and the world will be more fabulous as a result!

Networking is a true joy of life, and it is a skill that can and should be discussed and taught in our classrooms. Even the shyest student can practice and learn Networking, and once a student masters it, success and results will come! 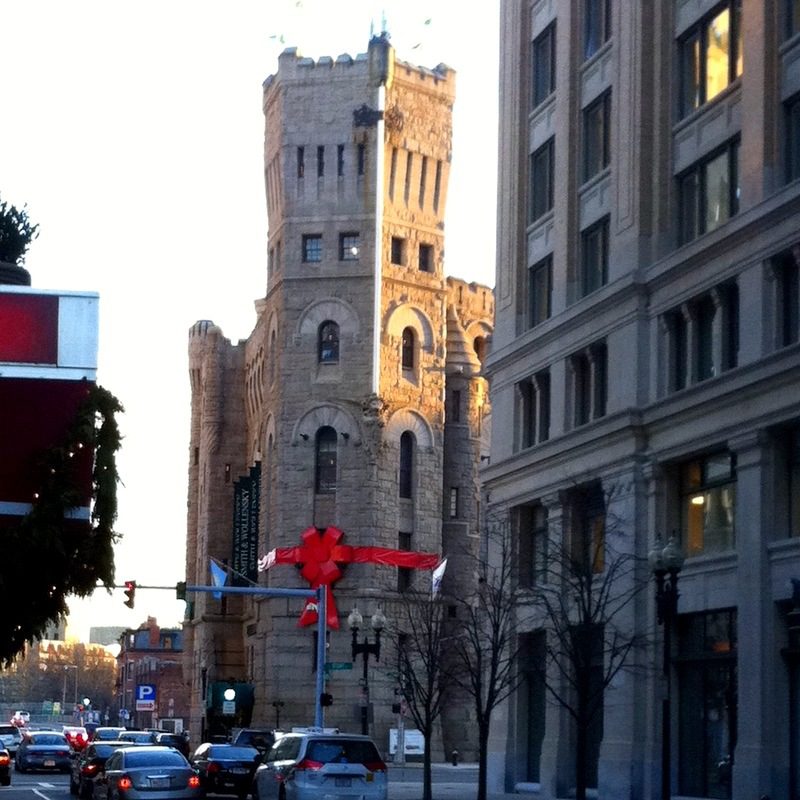 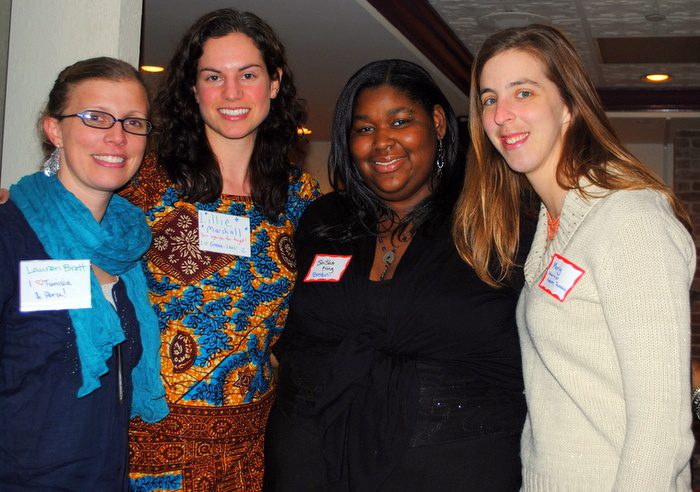 Your definitely right, networking is a great thing that should go around for students to know about. It can lead to so many great opportunities you would never expect in life. Teachers should really encourage their students to get more into networking.Very inspiring article Ms.M. :)

I totally agree with you. I have 4 other siblings and they're consistently telling me about jobs interview and such. My older brother and sister seem to rely on WHO they know a lot more than WHAT they know. And networking is useful in many differents ways. The majority of athletes had some type of connection in the past that helped them get to where they are now. Great story btw!

I work for LinkedIn and I believe you are on the right track! We've recently shifted our focus towards helping students find career paths, jobs and create a professional social network of contacts. It truly is important for your career to network and maintain contact with people that you've worked with in the past.

I give you a lot of credit for guiding your students on all of your points! They're great advice!

As someone newly obsessed with LinkedIn, I am thrilled and honored to get your comment. Thanks, and keep up the great work, yourself! :)

I don't like how you think that anyone can just start doing this. Why would people honestly try to help you in such ways when truly there not gaining anything?

I would help you, Juan! I've found a LOT of people are very willing to go out of their way to help 'new professionals', mostly because someone helped THEM when they were starting out, and they are just paying it forward! :) I like being a mentor and coach and would totally help someone, even if there was nothing in it for me. You never know until you ask.

Thanks for your fascinating comment, Juan, and it shows why many of us don't even try to network: because we don't see why others helping us could possibly help them, so we don't believe they would do it. But time and time again, I've seen it happen. Here are reasons why:

1. The other person may get genuine joy out of helping another human. What's in it for them is the feeling that they're making the world a better place.

2. But more often than not, Networking is done because BOTH parties get something out of it. You may not totally understand what the other person is getting, and they may or may not tell you, but the likelihood is that they are getting just as much out of the connection as you.

I think that networking is very important especially when it comes to meeting new people. I am on the New England Aquarium's blog and I love it. It helps to get yourself out there!