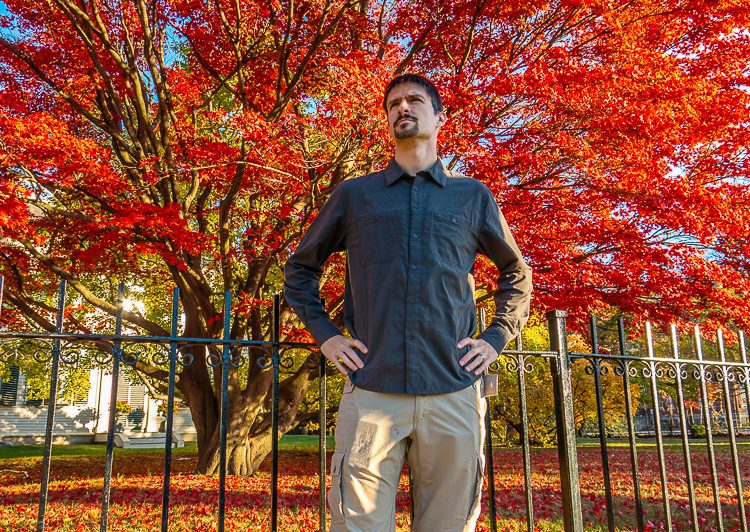 Highly fashionable clothes for being so practical! (Gorgeous backdrop thanks to autumn in Boston.)

During a recent travel conference in Toronto, Canada, I had the pleasure of meeting Adam Rapp, intrepid founder of a company called Clothing Arts which proclaims to make pick-pocket proof pants and shirts. Since I was getting rapidly fatter due to my pregnancy, I decided to order a clothing set for my husband, Colin, instead of myself. Then I decided to try to rob him. Let’s see what happened… 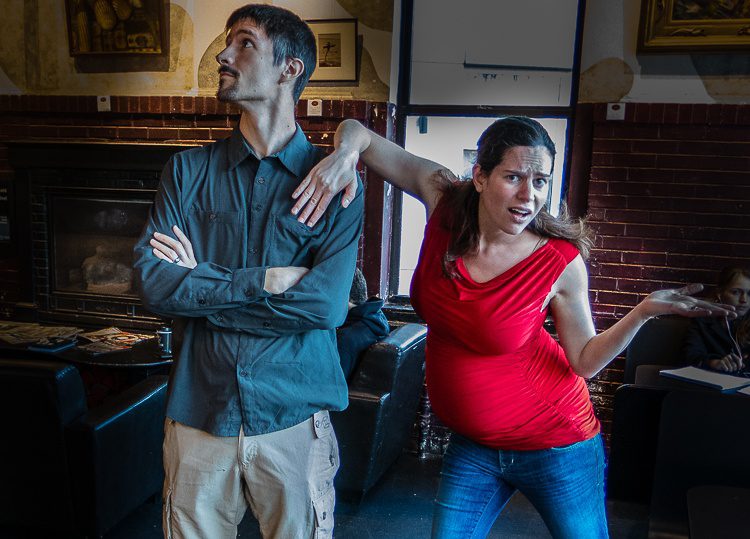 ARGH! I am such an angry pregnant thief that I can’t pick this shirt pocket!

Zounds! My first attempt at pregnant pick-pocketing was deftly deflected by the shirt. It turned out that Colin had stashed his loot in one of several secret zippered pockets. Major bummer.

Ok, so I couldn’t break into the shirt. But maybe my thieving pregnant self could still snag some dollars from Colin’s pants? I wanted to buy pickles.

Next I tried to pick his pants pockets, but… NOOO! Foiled again!

The pants triumphed! I was conquered. I collapsed in an exhausted heap on the floor of the ice cream store (where we were awkwardly disturbing the peace to photograph this escapade).

Colin became extremely smug and rubbed his fancy pants with pride: the pride that only comes from outsmarting a pregnant thief. 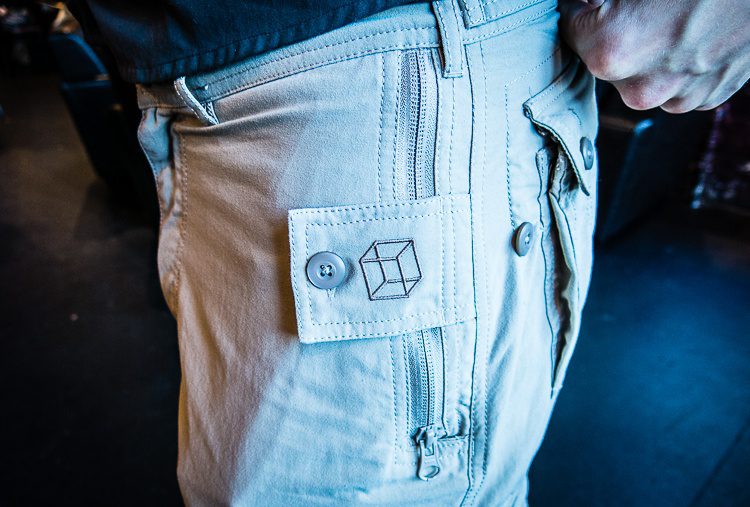 These pants have so many ways to ward off a (pregnant or non-pregnant) pick-pocket, it’s hilarious.

When our baby is born (supposedly in 1.5 weeks!) will he be ashamed knowing he was part of an attempted robbery? Thank you, pick-pocket proof clothes, for saving our son’s reputation by keeping the loot safe!

Colin’s awesome Clothing Arts outfit was generously donated, but all opinions and ridiculous staged photo concepts are my own. 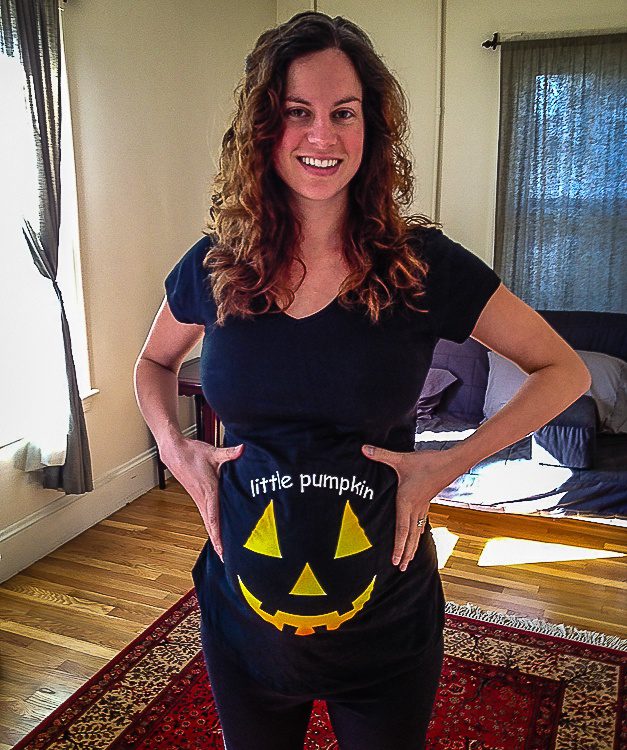 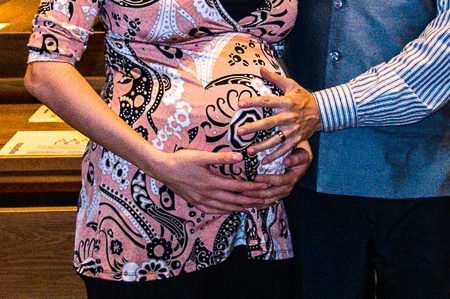 Colin and Lillie, thanks for an entertaining article! The pickpocket proof clothes look like a good option which I might look into for my next trip.

Those pants are pretty cool. Such a fun way to review a pant.

The clothes look great -- as long as you remember which pockets to unzip/unbutton.

We each own a few pairs and it's always surprising (& nice) when you put on a pair from your closet and find money you never took out!

A customer wrote in recently about taking his dad out to dinner and not being able to pay the bill - so his dad had cover it. When he got back to the hotel, he realized he'd just forgotten what pocket he put it in...

Haha, yes! Have to search deeply to make sure you don't throw the pants in the wash with money still hidden inside!

Great post! Such a fun way to review a shirt. When is that baby of yours due?

That was so hilarious! Now I want pants like those. haha! Thanks for making my day.

Glad to oblige. :) Thanks for reading!