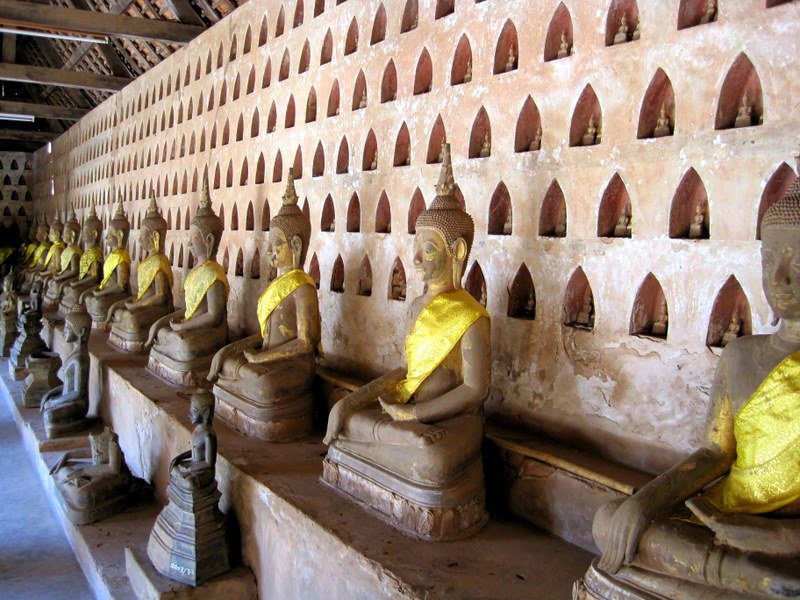 A gorgeous temple in Laos: Halloween 2009!

It hit me as I was proctoring Study Hall this past Friday, gazing at the sea of sweet Boston students clad as: Lady Gaga, a bumble bee, a red M&M, and a giant Teletubby.

I suddenly realized I had absolutely no memory of what I did for Halloween, 2009.

I racked my brain. My Vietnam visa ran out at the end of October, 2009, so I was likely in Laos on October 31. But did I dress up?

I clearly remembered that on Halloween of 2007, I dressed as my beloved Amy Winehouse. (The resemblance is uncanny, minus the pesky drug habit and anorexia.)

I also clearly remembered going to work dressed as Amy Winehouse (again) for Halloween 2008… and having a student’s parent show up for an impromptu conference. 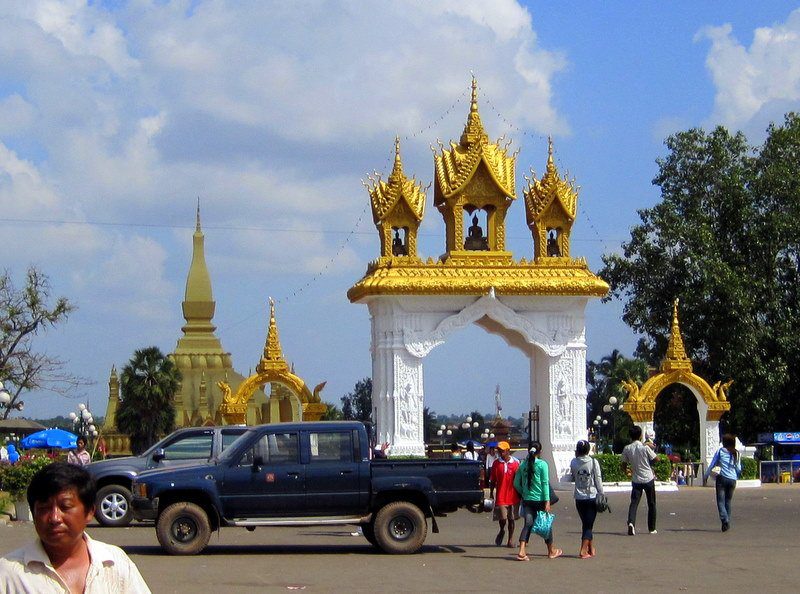 I love Laos! Lovely architecture from the capital city.

“Er, sorry,” I said to the parent in my best Spanish, “My hair is two feet tall and my eyes are ringed in black because I am dressed as Amy Winehouse. Now let’s talk about your son.” Awkward!

So what the heck WAS I doing on Halloween of 2009? Luckily, this question is very easily answered when one has a blog!

First I used the search box in the upper right-hand corner to seek “Halloween.” No matches. Hmm… strange!

Next, I scrolled to the Archive list at the bottom of the right sidebar. I clicked “October 2009,” and sought the matches for October 31. Cha-ching! The answer was evident: Because I was outside of America, I COMPLETELY FORGOT ABOUT HALLOWEEN in 2009!

Rather than dressing up, or even being the slightest bit aware that Halloween existed at all, I spent October 31, 2009 in the country of Laos, writing not one, not two, but THREE articles! Check out the random assortment:

October 31, 2009, Article 1: An explanation of a reason it’s SO EASY to travel through Southeast Asia.

October 31, 2009, Article 2: Eating like a beast through the food paradise of Laos’s capital, Vientiane (including a photo of deep-fried bugs!).

October 31, 2009, Article 3: (One of my favorite articles ever.) Sightseeing by stalking a pack of orange-robed monks through Vientiane, Laos. 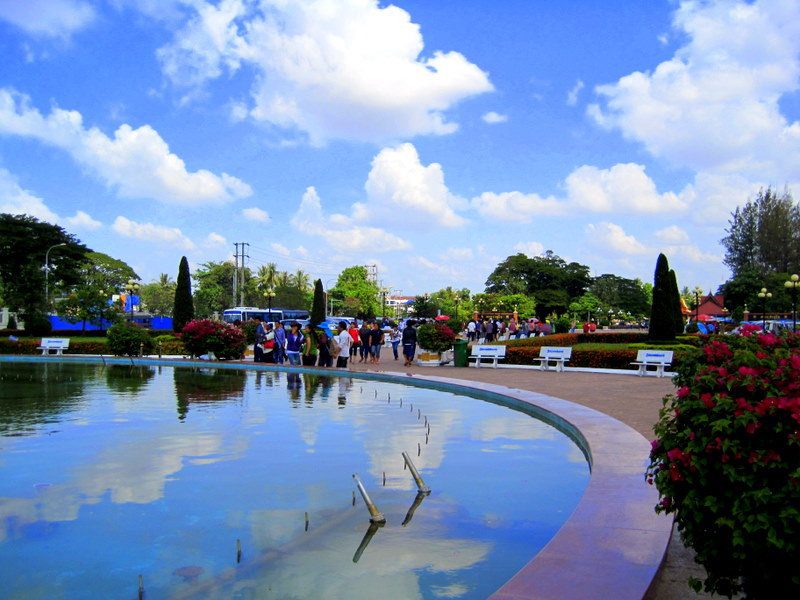 A lovely fountain in Laos, Halloween 2009

The lesson is clear: When you travel for an extended time outside of your home country, your entire understanding and experience of holidays you’ve taken for granted your entire life becomes warped. It’s a really good thing! Yay for perspective and mixing things up!

So what did I do this year for Halloween, 2010? Well, given that I have 150 students and just collected one essay test and one final term paper, it seemed inadvisable to rock it out too hardcore with a pile of 300 items to grade reminding me that Term 1 grades are due this week. And thus, a teacher friend and I took a brief break to walk around downtown and crack up at the hilarious costumes afoot before turning in early. 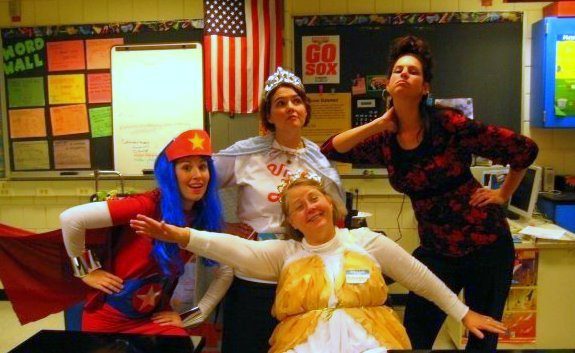 Halloween 2008 in Boston: as Amy Winehouse with coworkers at school!

There were fewer Laotian monks in my life this year than last year, and less Amy Winehouse than in 2008 and 2007, but I felt content and happy.

It’s exciting and good that every year is different! 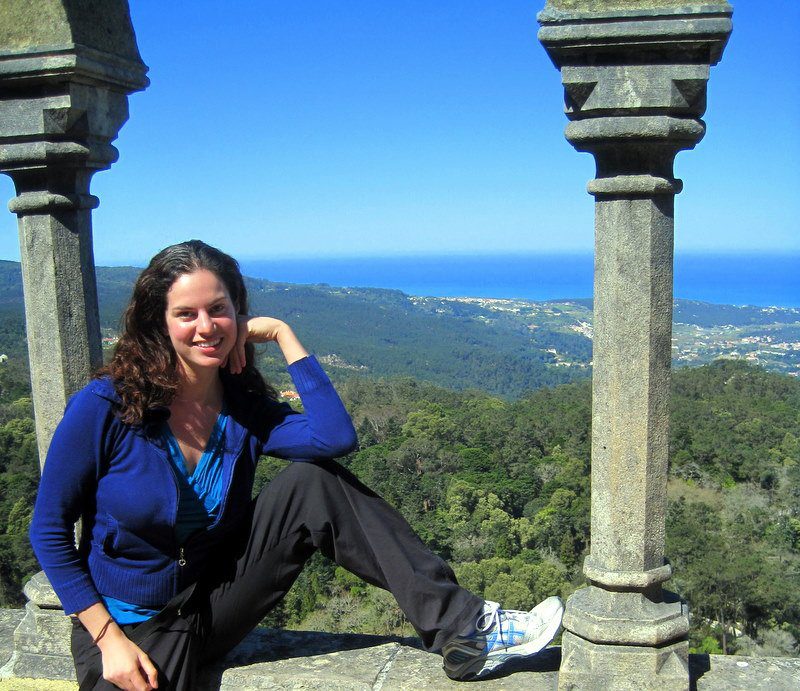 On Mafia Wars Addiction, or: How Blogging Saved Me
← Read Last Post 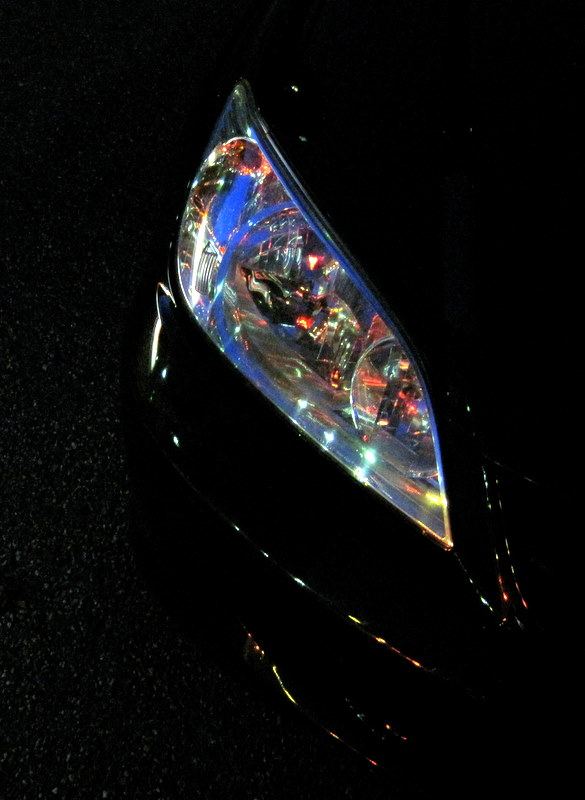 Ms. Marshall, you look so attractive in the last picture. Is that Ms. Wagner?

Hehe, thanks! :) Indeed, it is Ms. Wagner-- we worked together for 5 years at CHS before coming over to BLA!

I can totally relate to your situation ! This summer, I went to Greece with my sister and when it was 4th of July, i had no clue. This was because 4th of July isn't celebrated in Greece. I found out a week later when I was on facebook and saw a bunch of pictures uploaded from my friend and her family all dressed up for the holiday! It's really amazing how you can forget things, such as important holidays, when you are out of the country. Great article Ms. Marshall:)

Good thing you have a blog to look back at all the gracious memories along your adventures to track time. When you just want to remember something and you can't, you'd be stumped for hours until you realized it. I love your Amy Winehouse costume, I would totally believe you were her.

I think they were not 4 monks.... but 4 teenagers in orange monk costumes :) I'm here in Sydney now and the bang of Halloween is almost unnoticeable, compare with what I usually experience in Canada. I went to a gym's Halloween party, which pretty much 10% of people were in costume and the rest 90% was in sweaty gym whatever outfit. They served nachos and salsa which I think quite rare here, I guess because it's more of American thing, just like the Halloween.

too true and, to be honest, a little depressing lol! i spent last xmas in an Airport in Xi'an, China and the xmas before that on a ship between Japan and Korea... no turkey in sight :P