An Inspirational Refutation of an Uncomfortable Stereotype 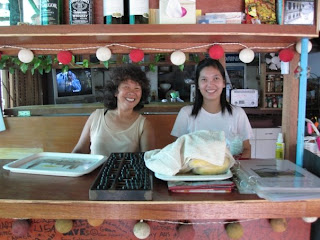 “People try to insult me by saying my success is from a falang (foreigner),” said Nate, smiling as she steered us through the mo-ped-filled traffic, “but it’s just me.”

The story that emerged as Nate (in her taxi-service capacity) drove me from her restaurant to the Phuket bus stop was inspirational. But was also a desperately welcome antidote to the uncomfortable Older-Western-Man-funding-Younger-Thai-Woman situation thick on the island.

Nate grew up in a rural village in the center of Thailand, and had a daughter. “One day I decided I needed to find opportunity,” she explained, “so I left my whole family to go to Phuket where you can make a living with tourism. I told no one where I was going.” 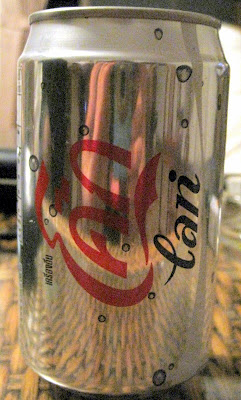 She got in the first taxi she could find, and the driver asked her, “Where to?”

“I don’t know where there would be a job for you,” the driver replied. “Don’t you have family here? Friends? Anything?”

It was getting dark, so Nate asked the driver to take her to a temple, so she could sleep in the sanctuary. “You can’t do that,” he said. “You’re a woman.” At last the driver had an idea. “There is a school being built over there. If you can handle heavy construction, I’ll take you there.” And he did.

For two years, Nate labored at school construction sites. Water from the ocean seeped through the foundation, and sewage bubbled out of the pipes where the toilets would be. At last, Nate realized that most of her paycheck was being swallowed by food expenses. So she had an idea.

“You’re alive?!” cried Nate’s family when she called them. “And you’re in Phuket?! Why??” Nate explained that she wanted to pool the family’s money and start a restaurant on the island. The family agreed, and the restaurant was born.

Success! Nate’s natural energy and scrumptious food brought the customers in droves. But the landlord saw the crowds and began raising the rent. “He was jealous,” sighed Nate. Within a few years the rent raises forced Nate’s business to fold. Again, she had nothing. 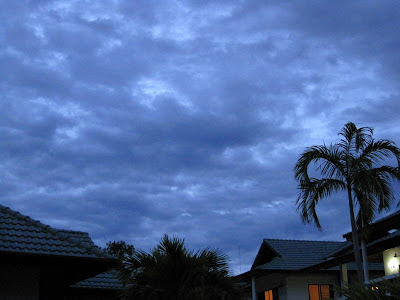 And yet, again she rose up. Off to another site, this time Karon beach with it’s hearty crowd of falang tourists. Nate 1 opened its doors. Success! Nate’s daughter came to help cook and serve before going to school, and ultimately just stayed to work. But the clouds thickened again, and again the rents were raised… and Nate was thrown out.

Heartbroken, to the northern city of Chiang Mai she went, desperately searching for another chance. None could be found, and Nate found herself sleeping outside. “What else could I do?” she sighed. “But you must still visit Chiang Mai yourself. It’s beautiful!”

So she went back to Phuket. Gathering forces and resources again, she created “Nate 2.” Nate 2! This is where we met Nate, just steps from our hotel. (See the photo below of the cheerful tables and succulent coconut pineapple chicken… mmm!)

Speeding from the kitchen to the checkered tables to the taxi, Nate glows! Look at the photo at the start of this article of her and her daughter. 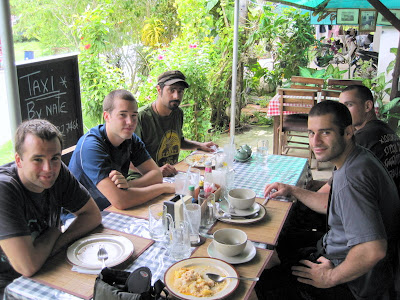 “Who was the German man I saw in the kitchen?” I asked.

“Ahhh. People spread rumors about me and him,” she said, “but he is a friend, a love. He had moved here ten years ago, and we became friends. I said to him finally one day, ‘I am not young or beautiful, and neither are you, but maybe we can join together, and that way we will not be so alone as we grow old.'”

As we neared our destination, I told Nate how much I admired her, and how much I wished her and her enterprises the best.

“You know what I think helped me survive?” she said. “When I was younger, I took classes in art-ing.”

“No, art-ing. Creating the body with your hands. Art.”

“Because I know art-ing,” she smiled as she steered into the crowded bus terminal, “I have always been able to see the beauty in the ugliness.”

Attitude truly is everything. Thanks for the uplifting story. :)

Meredith said... Just wanted to say how much I'm enjoying this blog. I found it through a random Google Alert for Boston Public Schools (I live/work in Boston).

As an FYI, there's a blogger I follow who lives in Chiang Mai in Thailand. I have no idea what your plans are, but she might be someone to get in touch with (I don't know her personally, but I've "talked" with her online a lot.)

Her name is Zoe and here's the web address for her blog: www.essentialprose.com

Don't know if that's helpful at all, but I thought I'd throw it out there.

I think it's wonderful that you're getting this chance to tour the world and fulfill your dream.

When you return will you go back to teaching or are you having visions of moving abroad running through that brain of yours now??

Hope all is well! Keep up updated!

L. Marshall said... Meredith-- I REALLY appreciate your encouragement and readership, and I will look into contacting Zoe! I'll head to Chiang Mai in a month and a half, after a jaunt to Cambodia and Vietnam.

Ashley-- Thank you so much for reading!!! Part of why I'm doing this is to force students to think about how they can live THEIR dream. Do it! Do it! :)

As to what will happen after my April 1 ticket back to the U.S., Boston supposedly is holding a job for me, but I have yet to decide what will be the best fit. Regardless, rest assured I will keep stalking CHS folks forever :)

Be in touch, and hope you're doing well!

Luddy Sr. said... 'I am not young or beautiful, and neither are you, but maybe we can join together, and that way we will not be so alone as we grow old.'"

That about sums it up.

I'm sorry I did not see this when you first published it, Lillie. What a beautiful story.