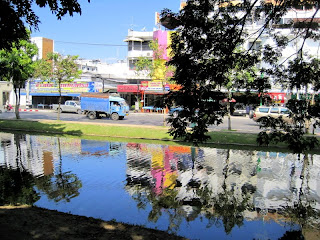 Several folks have written with the following query:

“I’ve been laid off and am looking for an inexpensive, enjoyable place to weather the recession abroad. Got any thoughts?”

Indeed I do, though it’s just a humble suggestion from four days here paired with numerous raves from other travelers: Chiang Mai, Thailand.
Why? Though not as postcard gorgeous and tranquil as Luang Prabang, Laos, and though not as crackling with energy as Saigon, Chiang Mai is known for having a whole lot to suit a whole range of people. 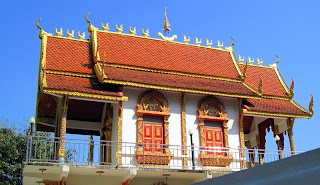 Granted, this town has begun to be pooh-poohed a tad by cliche-hating, cutting-edge backpackers (who prefer the tiny, mountain-hippie-town, Pai), but from what I can tell, Chiang Mai will be a very livable place to place for my little rump for the next two and a half weeks. Perhaps you’d dig it, too.

“Two and a half weeks?!” you gasp, “Why, that’s the longest you’ve stayed anywhere in over three months, woman!” True, true. The main reason for this shocking stability is the fulfillment of a major travel goal: to learn Thai Massage! 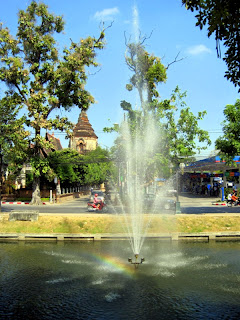 But there are two other EXTREMELY compelling reasons for me to stay in this city…
1.) Chiang Mai has a moat. A moat! The Chiang Mai Moat is a glistening, thickly green divider that snakes squarely around the heart of the city. Fountains spout out and make rainbows, and tiny black fish dart just under the surface. Oooo !
2.) Chiang Mai also has disco ball temple walls. Disco ball temple walls! And these temples (replete with their contemplative monks) are everywhere. Chiang Mai has over THREE HUNDRED sparkling temples, which is about the same amount of temples existing in the far larger city of Bangkok. 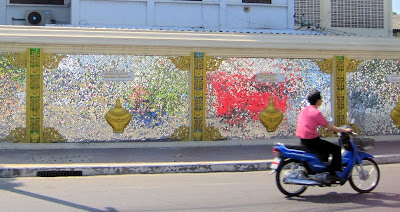 Each temple is positively aglow with eye-caressing beauty… most excitingly, mirror action.

While cross-city walking today, I passed about thirty silver-mirrored and gold-columned walls like the one shown, right. Oh visual joy! Wouldn’t those walls really spice up your living room?? Call your decorator today. 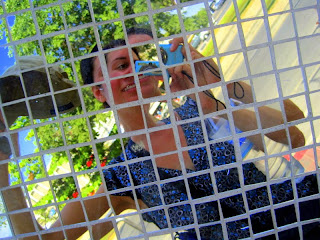 Chiang Mai is known far and wide as the cultural heart of Thailand, thanks above all to its abounding temples, but also because of its overflowing menu of hill trek offerings, cooking courses, Bohemian bookstores, Thai and Western (and even macrobiotic!) eateries, shopping bazaars, and (rubbing hand together now) massage courses. The streets are packed with equal parts tourists, monks, and everyday Thai folks. Neat place!

So why this massage course dream?

All my former coworkers can tell you that I have inappropriately fidgety hands, usually manifested by doodling faces over large swaths of agendas during important meetings. The majority of my friends can tell you that I purport to “understand the mystic energy of the human body”. I really do! I think. 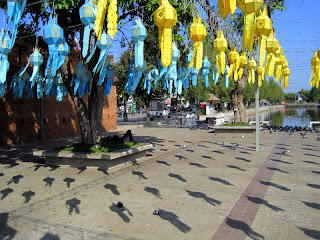 Anyway, I started realizing last year that I could really rock out massage. In response, the name “Chiang Mai” instantly popped up on everyone’s lips.

Today, on the way to the massage school to sign up, I meandered between the tiny, narrow “soi” lanes (tranquil birds chirping in the silence) and the traffic-zipping main streets by the moat. A great feature of this city is this interspersed mesh of near-rural tranquility with hopping city-liciousness. Again, something for everyone! 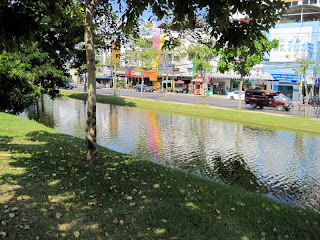 Alas, here’s another something for everything that’s playing out here: sex tourism. Older Western men speed by with young local girlfriends clinging to the back of their motorcycles, or the odd couples sit awkwardly at restaurants, the Thai woman with her headphones on so she doesn’t have to talk to the rotund older gentleman. Oy vey.

I had rather forgotten about this aspect of Thailand, given that in Laos it is illegal for Westerners to have sex with Lao citizens if they are not married to each other. But so it is. And let’s remember that there are PLENTY of wholesome tourists and also PLENTY more to Thailand than this seedy aspect! Moving on. 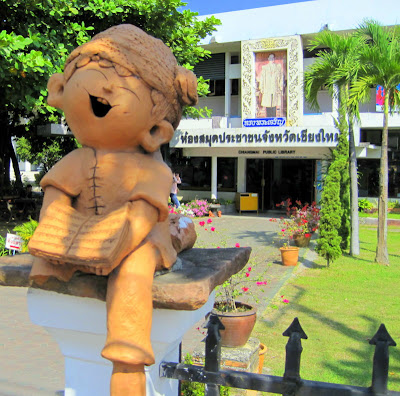 Several miles and a rosy “tan” later (I am browner than I’ve been in my whole life now), I walked out of the fountain-laced massage school, all signed up for Monday. Huzzah!!

On the way back to my hotel’s neighborhood, a little clay boy caught my eye (pictured, right). “Hello, jolly chap!” I said (in my head). “Why ever are you sitting up there?”

It turned out it was the Chiang Mai Public Library! I took a little trot around inside, couldn’t read a single word of Thai script, and, dum te dum te dum, casually trotted out.

Cool town, this Chiang Mai place! I’m excited to see how these weeks will go. Those of you looking for an interesting, inexpensive, enjoyable Recession Hideout, this may fit your bill. 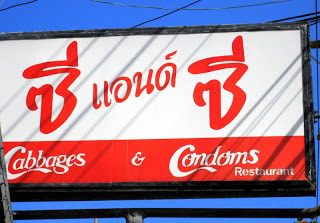 How much was the tuition for the massage school (just curious)?

Good question. The short answer: MUCH cheaper than in the U.S.! Each week was just over a hundred dollars, which covered: an exhilarating morning exercise routine, an entire day of instruction and, during the partner practice time, free massages!

The ITM website fees are listed here: http://www.itmthaimassage.com/tuition_fees.php . There are about 33 Thai Baht in a U.S. Dollar, so calculate the exact fee yourself. :)

Remember that ITM is one of the fancier schools out there, and you can certainly find massage instruction in Southeast Asia for much cheaper, and much more expensive.

eli said... i'll brave the recession there as soon as the plane ticket falls out of the sky.

Anonymous said... Hey there! stumbled upon your wicked blog. I'm headed towards your current neck of the woods in january! My question is what vaccines did you end up getting for your trip? Do the malaria meds make you totally sick? not sure if it's worth it to me !

Eli: Wise point, BUT, if a person ends up staying abroad for two months or more, the cost of the plane ticket really evens out. A $1000 round trip ticket for a three month stay in Southeast Asia is equal to just $11 a day. Then again, you could always just bop down to South America for $300 :)

Anonymous: Yay! Welcome! You will have an AWESOME time :)

For vaccines, I went to my travel doctor and told her where I was going, and basically ended up getting everything from Japanese Encephalitis shots to the optional Rabies jab. Being a pincushion hurt, but I think that's just what's done.

For malaria meds, I am on Malarone (about $75 for 2.5 month supply, with my insurance) which has NO side effects for me, except to make me a bit nauseous if I eat it on an empty stomach.

I would say buy the Malarone, BUT get this: certain parts of SEAsia are not Malaria risks, so in those parts I stop taking the meds! If you look at the map pasted below, you'll see that the major tourist areas of Thailand (and Vietnam, too) are VERY low risk, while most of Laos and Cambodia do have risk, as do the off-the-beaten-track parts of Thailand and Vietnam.

Just remember that you have to take Malarone 2 days before entering the malarial area and 7 days after. My last one (from the Laos risk dose) is tomorrow! Woo hoo!

Good luck and be in touch!