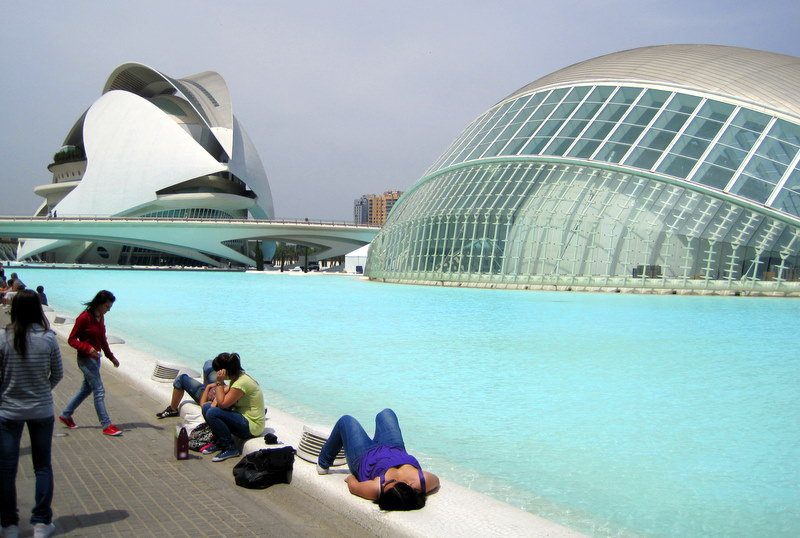 I had a lot of reasons for leaving my career and home to travel around the world in August of 2009, and one of them was a vision of starting a new life abroad. For the first eight months of my voyage, I was convinced that (after rockin’ out Asia and Africa) I would find the endpoint of my dreams in Barcelona, Spain.

When I arrived in Spain, however, I realized Barcelona was nothing like my idealized vision of it, and (though it’s a great city for many), it ain’t a great match for me! But which of the 57 cities I traveled to between 2009 and 2010 did almost qualify to be a sweet home for a gal like me?

After extensive reflection, here is my rundown of the top 8 cities of my travels that I think would be great to actually LIVE in, not just travel through. Click the highlighted blue words for more articles and photos on each place! 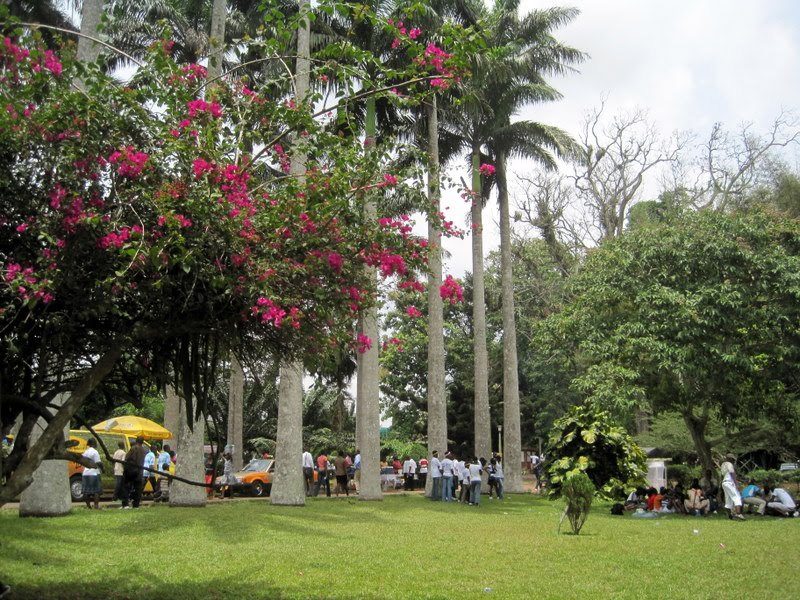 8. Valencia, Spain. I stayed a long time in Valencia, partly because I met some fantastic people there, and partly because I found it such a delightful mix of modernity and cosy homey-ness. Valencia has: ample universities and an intellectual flair, a beautiful long green park that winds through the city, the most amazing architecture I’ve seen in ages, a delightful climate (and an ocean beach!), cutting-edge restaurants, and a prime location in Europe. I really felt at home there!

7. Aburi, Ghana. I loved the three months I spent in Ghana, especially the wonderful people, but if I were to move there permanently I would melt… unless I snagged a house in the temperate town of Aburi! Aburi is where the rich and famous of Ghana (such as Jimi Hendrix’s widow) often choose to live because it’s up a mountain, and thus not ridiculously steamy hot. Aburi also has an unbelievable wood carvings market, and one of the most spectacular botanical gardens I’ve ever seen. 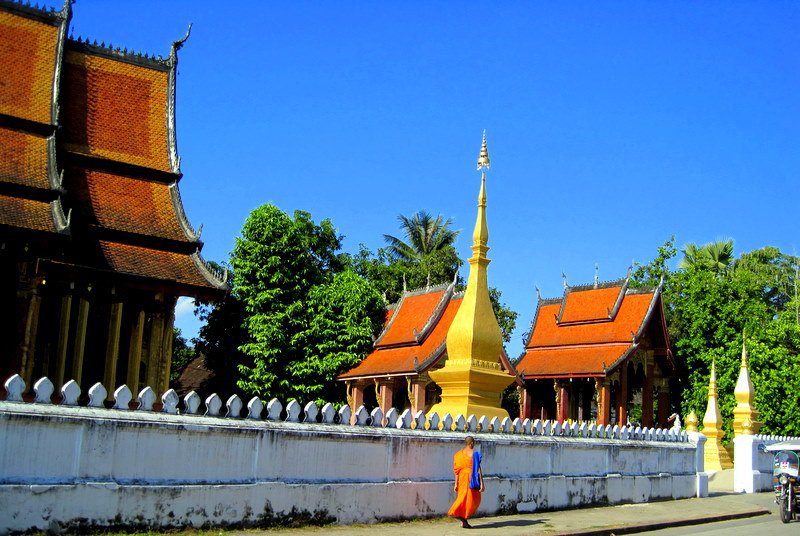 #6: Luang Prabang, Laos. Feast for the eyes and tummy!

6. Luang Prabang, Laos. This dreamy town on the Mekong River is widely celebrated as “The most beautiful city in Southeast Asia,” and in fact won my #1 prize for most beautiful place in all of my 2009 travels! Oooh, I can see it now: the blue river against the ornate golden temples by the green hills… the monks wandering by in bright orange… the scrumptious food and cheap housing and things to buy… It’s no wonder that I met so many successful Westerners who were permanently moving to Luang Prabang!

5. San Francisco, California, USA. Right before flying to Japan to start my journey around the world, I made a free 5-day stop in the stunning city by the bay to visit my brother and an awesome college friend. Truly, San Francisco is one of the most beautiful places I’ve ever seen, and it’s hard for words to capture the majesty of those white buildings climbing the hills overlooking the sapphire bay connecting to the emerald green Marin hills. The people are chilled-out and smart, the food tastes better and fresher, and outdoor adventure abounds. If I weren’t so enamored with Boston, San Francisco sure seems a tempting place to live!

#4: Lisbon, Portugal. My bro and I were happy to be there!

4. Lisbon, Portugal. When my brother flew out to travel with me for his Spring vacation, we only stayed a short time in Portugal’s capital, but hooo baby I was smitten by the city! Before arriving, I didn’t expect how romantic and winding its streets would be, or how exotic the hills, or how the sun would glint off the water. We even got to attend the dinner party of the local Couchsurfing group, which proved the town is chock-full of fun folks. I hope to explore the city further, one day! 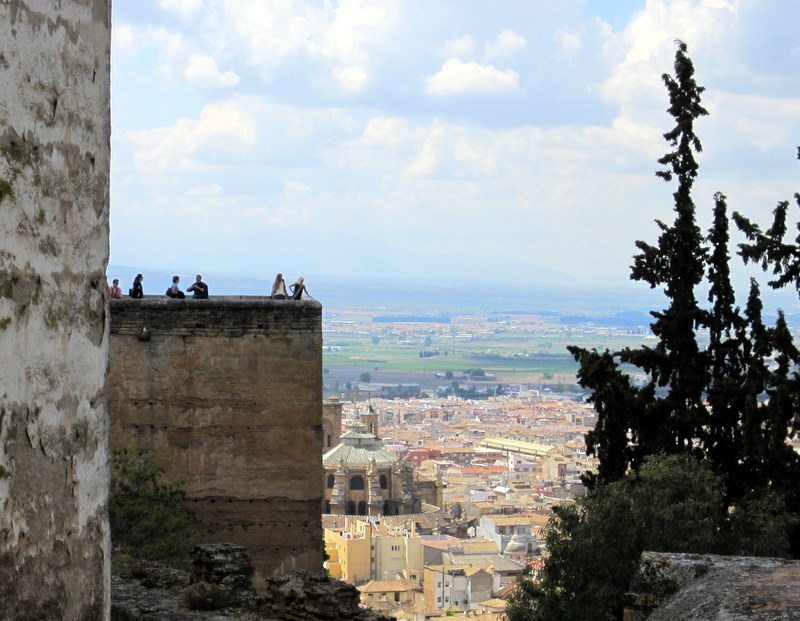 #3: Granada, Spain, as seen from the Alhambra.

3. Granada, Spain. I loved Granada with a passion. For me, the coolest part of it its rich history of Arab influence. The city exudes a sexy, exotic flair that I’ve never before encountered. Fun backpackers and locals revel and mix on all corners, and exciting goods are sold everywhere. All this, AND you have the giant Alhambra palace protecting you from the hill above!

2. Chiang Mai, Thailand. There is a consistently giant expat community living in Chiang Mai because it’s got all the perks of Bangkok with a fraction of the craziness. In Chiang Mai, you still have the excellent free Wi-Fi internet access, delicious cheap food and clothes, inexpensive accommodation, and beautiful temples and history… but you don’t have that same level of terrifying traffic or in-your-face prostitution as the country’s capital. Interested in New Age arts or massage practice? There’s a vibrant healing arts community in the city. In Chiang Mai, you also have convenient proximity to mountain hikes and short, cheap flights to paradise beaches. All this led me to declare Chiang Mai a great place to wait out the recession. 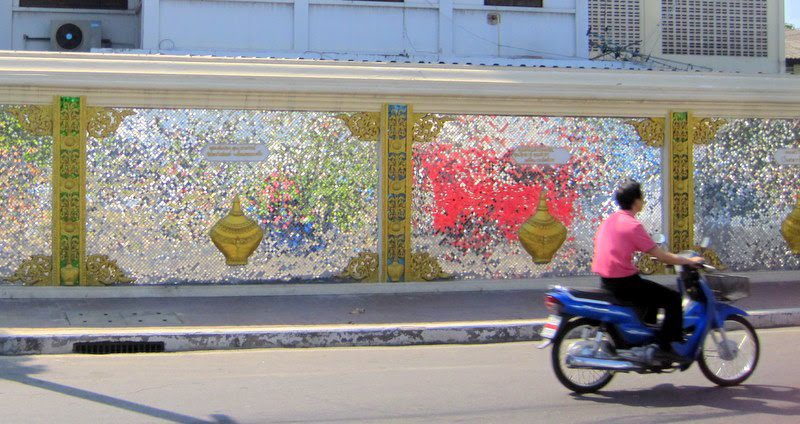 1. Boston, Massachusetts, USA. Sometimes it turns out there’s no place like home… and it sure is easy to fall back in love with your natal town if it’s as green, smart, historic, walkable, and fun as Boston!

I would love to visit the city of San Fransisco to enjoy the great tasting food and learn the history of the city.

Looks like a great place to visit, and I hope to visit sometime.

These tourist attractions are very exciting and I would have loved to have gone to Ghana! Maybe some day in the future I will be able to go just like you. My favorite attraction is the Blue River you talked about!

Valencia rings a bell in my soul too. It's a fantastic beautiful city, rather less-known to most people. Even I was surprised by what I've found there. The Old Town is fantastic to get lost in and take photos... The city is VERY clean and soooo calm. At least is seemed. A lot cleaner and calmer than Barcelona. It felt safer too.

Well, Granada Spain is awesome, and I would love to live there, It's not quite the typical small college town we are use to in the States, perhaps it is so for Spainiards. When I visited Spain, Granada was my favorite town.

Everyone sees something different, and not everyone has the same taste, but I lived in California, just north of San Francisco, and I can say without a doubt, it is one of the last places I would ever live. Yes, you can drive into San Franciso, or fly in, and it can be beautiful....on a sunny day, but most days are not sunny, San Francisco has a lot of fog, that can last all day, and it gets very depressing, and it can be 50 degrees in the summer. Parts of it is really ugly, although we had friends who had lovely homes. The Golden Gate Bridge to me, is hideous. It has to take a certain person to like it. I know people who do, but most of people I know do not. However, I will agree, that the food is great. California restaurants are some of the best. The two places mentioned, that I would like to see, that I have not, are Portgual & Ghana. I have been to South Africa, and Botswana, and love them both, and hope one day to visit Ghana.

Thanks for adding your perspective!