Getting the First Passport for Your Child: A Warning 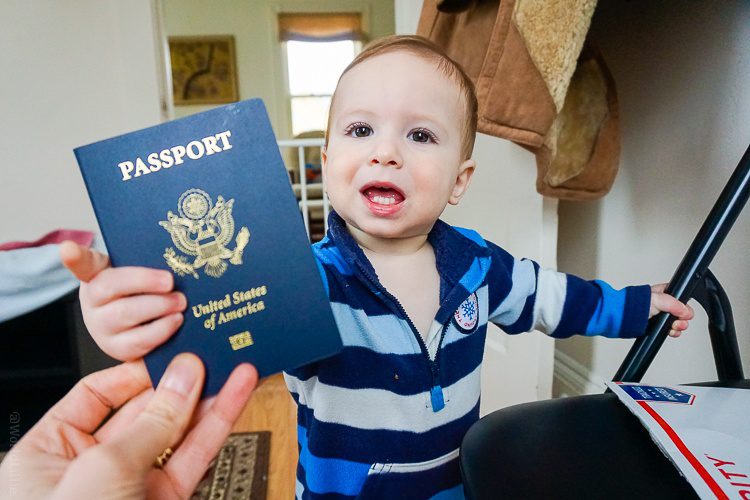 Baby is concerned you might make the same mistakes we did. Read on to avoid them!

Read This Before Getting Your Baby, Infant, or Kid U.S. Passport!

Much of this travel blog exists to explain how travel is easier and more fabulous than people imagine. Today, however, I must rant about how much harder it was to get our baby’s passport than we ever anticipated. In total, it took us FOUR attempts and five months. Why?

Here are the main issues: The hours that post offices offer to submit passport applications are as slippery and thin as eels. Moreover, both parents, plus the child must be present to apply for the passport, unless one parent has signed a notarized document.

You also need a stack of paperwork, two photos, and a birth certificate. Now, this might seem like small inconveniences for the precious acquisition of a U.S. Passport, but just watch how it all played out with us. 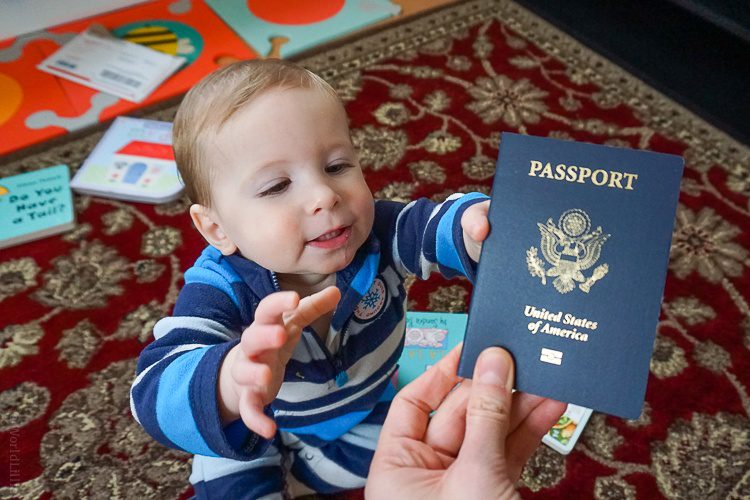 Reaching for the prize: a U.S. Passport!

Piles of Paperwork for the Petite Passport

Attempt #1: I don’t know if you’ve ever tried to go somewhere with a baby, but children have magical powers to delay the completion time of any plans, usually by at least three hours.

Thus it came to pass that on a Saturday in September, our attempts to get out the door and to the post office with our little man were foiled, and the sun was setting by the time we got his diaper situation in order, naps achieved, and jacket on.

It was just as well that we didn’t make it that time, however, because it turned out we had filled out one of the forms incorrectly, and had forgotten to take baby’s passport photos. Sheesh. 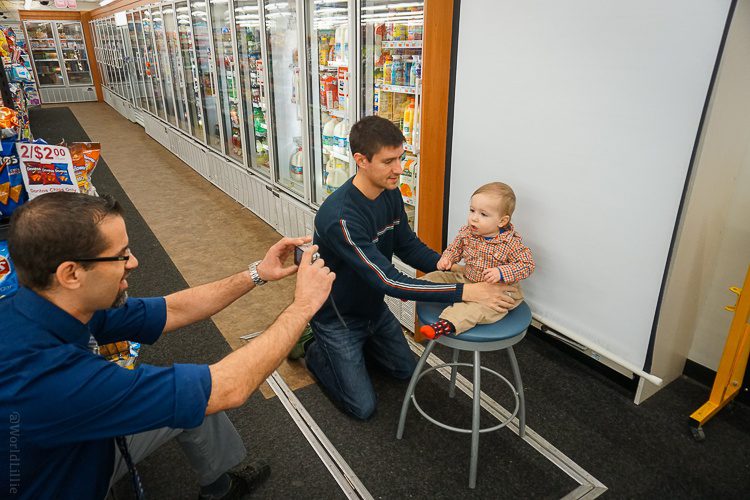 The little man, very serious during his passport photo shoot.

Three weeks later, we finally got our rears in gear to head to the local convenience store that takes passport photos. This task was actually both easy and hilarious. We held the little guy on a stool in front of a pull-down screen, and the clerk took a digital photo. (If you have a baby, there’s a white sheet they lay them on for the pictures.)

Within ten minutes, the necessary two copies were printed and paid for, and we went our merry way… but not before falling over from laughter at the resulting pictures. Check these out! 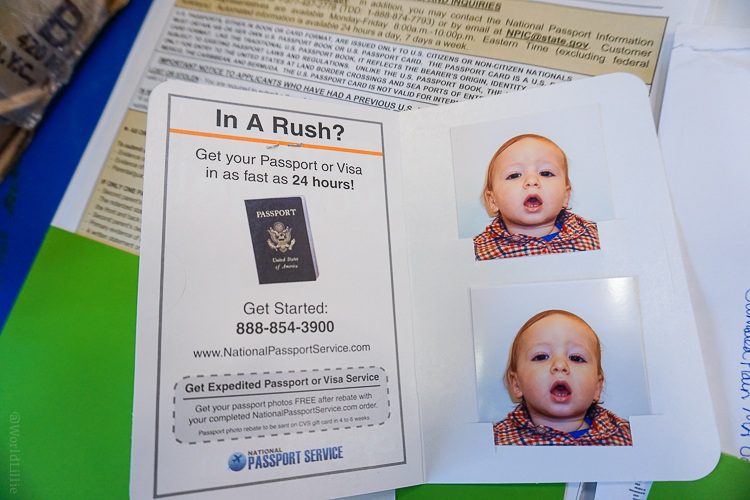 How hilarious are these baby passport photos???

Don’t Be Late for the Passport Line!

Attempt #2: On a Saturday in October, my husband and I got the baby suited up for the Boston cold, gathered all our stuff, and jogged out the door, paperwork in hand. We stood in line in our local post office for 45 minutes.

When we got to the front, breathless and excited, the clerk declared, “Sorry, no more passport applications today. Applications are 8:30am to 12:30pm on Saturdays, and it’s 12:31.” 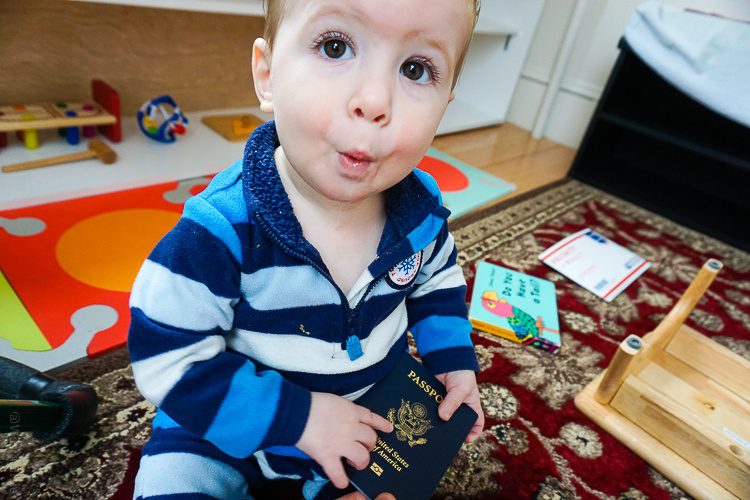 Wait, what? Passport hours are that short?!

Attempt #3: Come December, Colin and I decided that, despite our previous assumption, the weekend passport acceptance hours of the post office were actually harder to catch than a weekday.

Therefore, we arranged all our teacher thingies (grading, copies, and such) so that we could sprint out of work right as the last bell rang to scoop up the baby from daycare and make it to the one post office in town whose listed weekday passport application acceptance hours ended at 4pm versus 3pm.

As before, we stood in line for 45 minutes. When we reached the clerk, it was 3:30pm. “Plenty of time!” we thought, triumphantly. Oh, were we ever wrong.

I held up my smartphone, displaying the official USPS page that declared that office was open until 4pm.

“Ah,” said the clerk, “that’s wrong.” She handed me a printed list of offices and hours. “These are right.”

I pointed to one address. “Isn’t that this post office?” I asked. “This address that says: Passport Applications until 4pm?”

“But even though it says you accept passport applications until 4pm, you don’t.”

You better bet I sent a furious tweet to the U.S. Postal Service. They kindly replied that they would correct the listing on their website. That merely lessened my anger from “Level 11 Fury” to “Level 9 Rage,” but it was something. The lesson for you: Call ahead to verify listed passport application hours, or risk rage.

My husband’s comment: “How can such a silly photo be on such an important document?” Hehe.

Infant Passport Expediting… for a Fee

Attempt #4: School vacation came at last! We couldn’t go to the post office in December because of our Washington, D.C. travels, but in early January (yes, FIVE months after we started this quest), we managed to get documents, photos, birth certificate, and baby out the door and to the front of the post office line before 12:30pm on a Saturday.

During the 45-minute wait in the post office line (which we now know is customary), I suddenly did some math and realized, “Oh no! We need to pay the extra money to expedite the passport, since we fly to Ireland (and the Cliffs of Moher) in February!” Good thing I’d brought an extra check so I could rip up the original one and write the new amount.

Once at the front of the line, the process took about fifteen minutes. I was a little freaked out that the clerk TOOK the baby’s birth certificate, but he assured me that we would get it back by mail around the same time that the passport was mailed to us.

Sure enough, in two weeks both packages arrived. We were so excited! “Yay! Baby got his passport!!!” I posted to my @WorldLillie Twitter account.

A reader promptly replied, “Nice. You now have a @WorldBaby.” Indeed we do. Ireland, here we come! 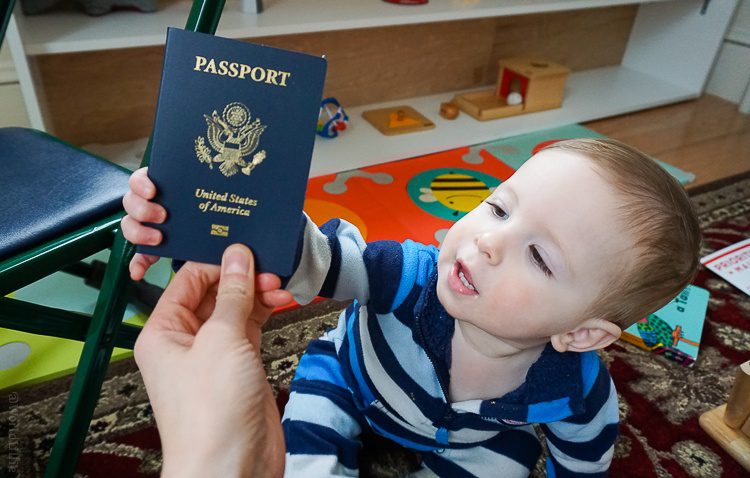 This passport thing is pretty awesome. Thanks, Mommy and Daddy!

Other Tips About Kid Passport Applications

There are plenty more exciting pitfalls on the journey to getting your child a passport, so make sure to read the official U.S. Passport Site for Children Under 16 carefully, as well as the forms’ instructions. Some highlights:

How Was YOUR Child Passport Experience?

So what about YOU? What have your experiences been with getting a first passport, either for a child or for yourself? Do share! 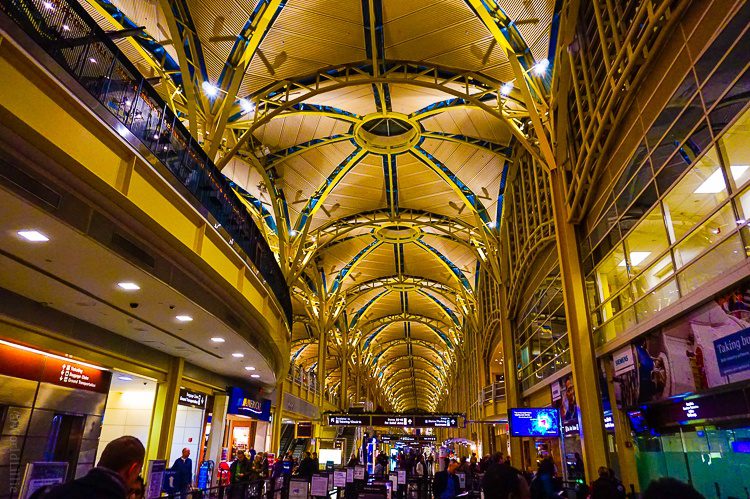 What Makes a Popular Article: Top 10 Reads of the Year
← Read Last Post 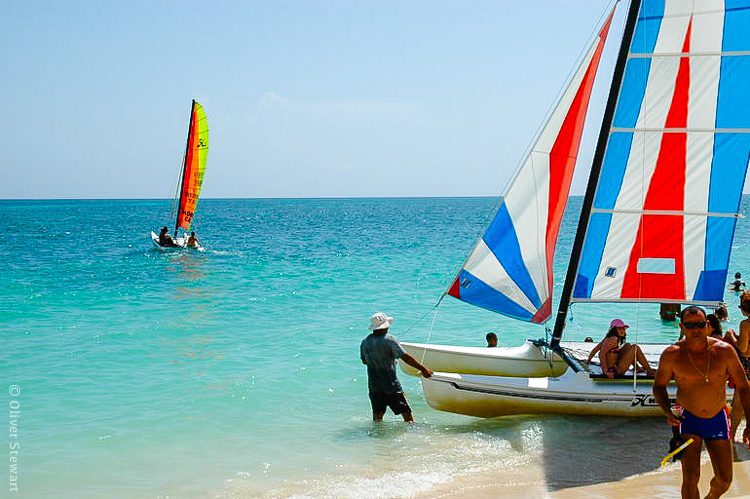 I Traveled to Cuba! Here are the First Gorgeous Photos.
Read Next Post →
Click here to cancel reply.

Thanks for this post - came across it while looking up what was involved in getting an infant a passport (baby is 3 weeks old and I'm getting cabin fever). It's really good to know what to expect in my own neighborhood! Hope you and family are having fun in Ireland away from all this snow right now!

What a story. Remains me of an I Love Lucy Show, with the time issue, finally Fred unplugged the clock in the passport office. So glad it all worked out for you. Your baby is adorable and what a lucky little guy to be in Ireland with his own passport. Looking forward to reading about Ireland.

Hah! I wish we had thought to unplug the clock! :D

I love this post. It brought back memories of traveling to England from California with my children. My son was 31/2 and my daughter was about 22 months old. We broke the flight up with a stop on the east coast to visit my mother in New Jersey and my husband's parents in Cohasset, MA. Then we flew to England. I think the trip from Cslifornia must have been uneventful because I don't remember much about it. On the trip to England, the plane (a 747) was practically empty. Great! We thought. The kids can stretch out and take naps - and so can we. My daughter cooperated with this plan, but my son was too excited by the prospect of his first really long flight. He asked his dad to take him to the bathroom several times and finally agreed to lie down and take a nap. We were ready for one too, but were soon awakened by the flight attendant with our son in tow. He had gone to the bathroom by himself, locked himself in and pushed every button he could find including the one to call the attendant. She wasn't amused.

I'm not a parent but this is valuable information I'm going to share with my parent friends. Cheers!

Thanks so much, Deb! Hope it helps.

I am a USPS retail clerk and passport agent. Please understand that the US Department of State determines what is necessary to apply for a passport. You are required to produce a certified birth certificate (which is returned to you by mail), ONE photo (which we can take on site), and photo ID (for minors, photo IDs of both parents). We will gladly make the necessary photocopies of the IDs. Yes, both parents are required to be present (or produce the notarized document), this is to prevent one parent removing the child from the country without the permission of the other. This may seen unnecessary to the happily married couple who just want to go on vacation with their child(ren), but this sort of thing happens more often than you may imagine.

As passport agents we take our jobs VERY SERIOUSLY. There are many people attempting to obtain US passports for nefarious purposes. It is an issue of homeland security. We routinely get updates of suspicious activity everywhere from large urban areas to rural towns.

In regards to hours of operation, processing hours will differ depending upon the office, and usually end a half-hour before closing, to allow for the generation of reports that must accompany the passport applications. In some locales, the local courthouse may be able to process your application.

These days we are more and more reliant upon the internet for our information. A visit to www.travel.state.gov will provide all the information necessary. However, many of the issues stated in the previous comments could have been averted by a quick phone call to the local post office. In my office, we are happy to give you all the information you need to be completely prepared when you come in.

I'm glad you wrote this. I applied for passports just the other day and only submitted one photo. I was starting to get worried!

Nancy, Thank you so much for taking the time to write this reply, and for the important job you do. I fully admit that Colin and I were not thorough enough in preparing for our first three passport application tries, and you are right that a simple phone call could have cleared up many of these issues! My hope in writing this post was to encourage others to do the prep work (ex: calling to verify hours) that we didn't do.