As a teacher in hot pursuit of the most stupendous and famous buildings around the globe, I’m ashamed to admit that I didn’t know of the existence of Pittsburgh, Pennsylvania’s 42-story “Cathedral of Learning” until a friend led me there last summer.

Just HOW BIG is the Cathedral of Learning?

This 535-foot-tall Gothic skyscraper was completed by the University of Pittsburgh (“Pitt”) in 1937, and is currently the fourth tallest educational building in the WORLD — and the tallest in the entire Western Hemisphere. The Cathedral of Learning is a masterpiece of imagination and community fundraising!

The tower of the Cathedral of Learning contains over 2,000 rooms and windows in total, and the first floor “Commons Room” lobby (pictured in the first photo and below) sprawls four stories up, and half an acre across. Can you imagine having such a grand hall to do your studying?

The Cathedral of Learning is an active university building with real classrooms, but with a twist: for over 30 of those classrooms, the design represents different nationalities. You can tour many of them just by walking in off the street — as long as a class isn’t in session inside.

On the official page for the Pitt Nationality Rooms, videos explain the meticulous level of detail and thought that went into each classroom at the Cathedral of Learning. For example, in the Armenian Room pictured below, the lights are styled to mirror 10th century oil lamps used in monasteries in Armenia.

Pitt launched its Nationality Rooms program in 1926 to involve the diverse ethnic communities of Pittsburgh in the university’s new building, and to add global depth to the ambitious architectural endeavor underway with the Cathedral of Learning.

How Are Nationality Rooms Funded?

The funding structure for each Nationality Room is fascinating. A committee of representatives for the nationality is responsible for the fundraising and organization of design, materials, and labor, while Pitt provides the space and upkeep of the room. Some rooms cost over half a million dollars to create!

As my friend, Jeremy, the Pittsburgh expert (who kindly gave us this Cathedral of Learning tour) points out, money can’t always buy your buns happiness. Some of the more gorgeous rooms’ chairs look like they’d be less than comfortable to sit in for class…

Interestingly, Nationality Rooms in the Cathedral of Learning are not allowed to be political, and must as authentically as possible represent the historic cultural history of a nation before 1787 (when Pitt was founded). New Nationality Rooms are being constantly proposed and funded. Which culture will be next?

The Cathedral of Learning is one of the best FREE or low-cost tourist attractions in Pittsburgh — or the country for that matter. The third floor Nationality Rooms are open to the public (as long as you’re not barging into an active class).

Yes, there are parts of the building you need to pay a small amount or arrange to see (click for official details here about the $4 audio guide or group tours), but for the most part, you can just mosey in off the street and enjoy many of the building’s highlights — Nationality Rooms and beyond — at zero cost.

Views from the Top of the Tower

Another no-cost delight of the tower is the view from the top. Take the elevator to the 36th floor — the highest visitors are allowed in the Cathedral of Learning — to stroll around the Honors College and ogle Pittsburgh from hundreds of feet up, framed by Gothic-style stone windows.

Now, looking down from any high building always swings back into mind my moment in the United Arab Emirates tower called the Burj Khalifa — the tallest building in the world — gazing 1,825 feet down to Dubai far below! (Click through to see my photos from that wild day.) The Cathedral of Learning felt a lot less wind-whipped than that.

Is the Nickname “Cathy” Cool?

As you may have noticed, it becomes quite a mouthful to say “The Cathedral of Learning” repeatedly… so as cool college kids are wont to do, some Pitt citizens began to refer to the tower as “Cathy.”

The Pittsburgh Post-Gazette reported that this has caused a stir, as the stately building doesn’t exactly mix with such a relaxed moniker. What do you think of the nickname?

Speaking of the stateliness of the building, standing there in that cavernous lobby made me zoom mentally to a sister to the Cathedral of Learning’s architecture: St. John the Divine in New York City. (Click through to see the similarity in shape and size.)

Both buildings are Gothic Revival style and feature soaring stone arches of limestone. Both make a gal feel mighty small — yet soooo satisfied, being amid the awe-inspiring, artistic majesty!

Enjoyed the Cathedral of Learning, and looking for other great activities around Pittsburgh? Try these!

A short drive from PGH and the Cathedral of Learning sits the tranquil Laurel Highlands region of Southwestern Pennsylvania. Here are some of the sights offered:

What Do YOU Think of Pitt’s Cathedral?

So what about you? Did you know this astounding structure existed? What are your favorite parts of the Cathedral of Learning at the University of Pittsburgh? Do share! 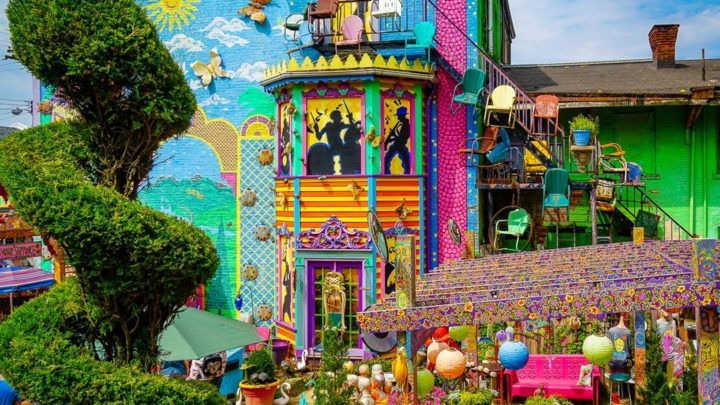 Tour the courtyard of a man named Randy's house for free, and ogle the eye-popping ways he's combined recycled decorations and bright paint. 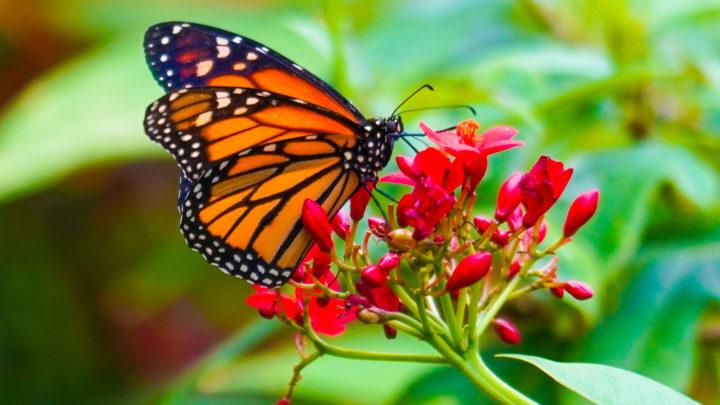 Feel calm happiness by scrolling these photos of the unique and delightful flowers at Phipps, including arrangements to mimic Van Gogh paintings, plus butterflies, and gardens with Chihuly glass sculptures. 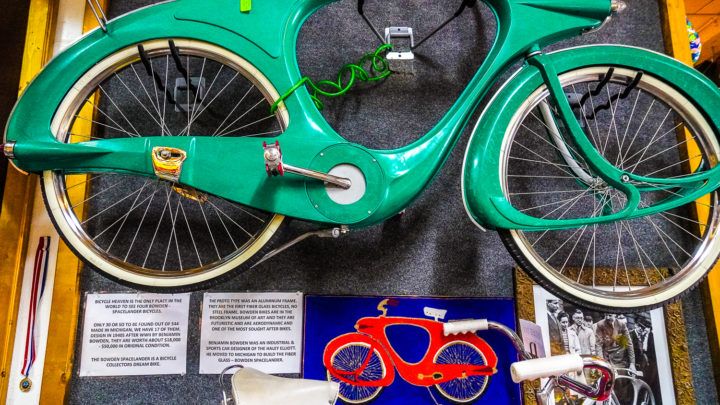 Miss your old BMX? Want to see the actual bike from the Pee Wee movie? Prepare for your mind to be blown by these pictures of Bicycle Heaven museum and store: one of the largest collection of bikes in existence. Oh, and it's FREE to visit! 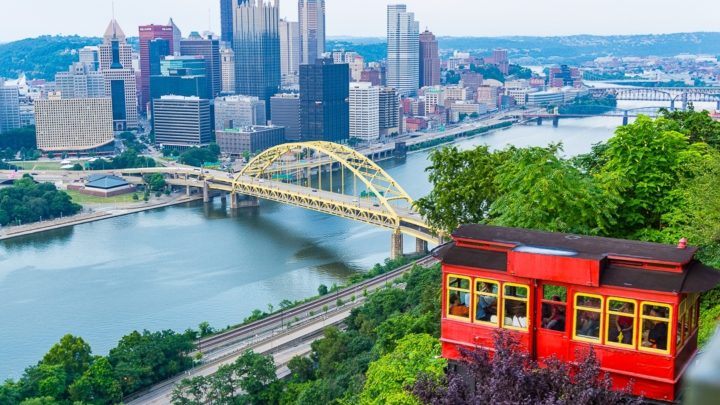 My #1 Favorite Place of the Year is Pittsburgh, PA

Learn why I loved PGH more than any other city I got to visit... 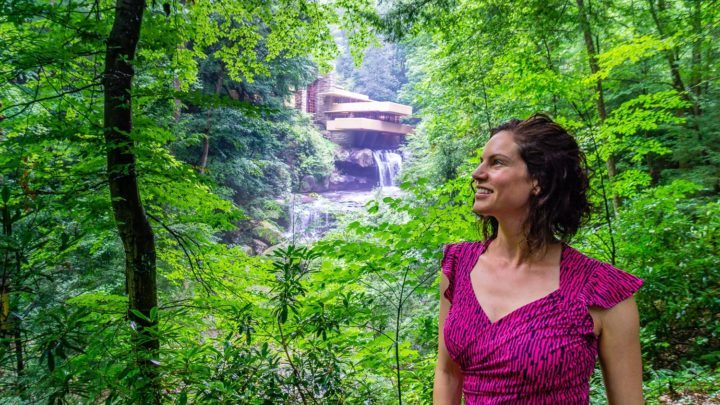 Fallingwater: 11 Facts About the Most Famous House in America

No mention of the Pittsburgh region is complete without urging you to take the 90 minute drive south to Frank Lloyd Wright's famous Fallingwater house. 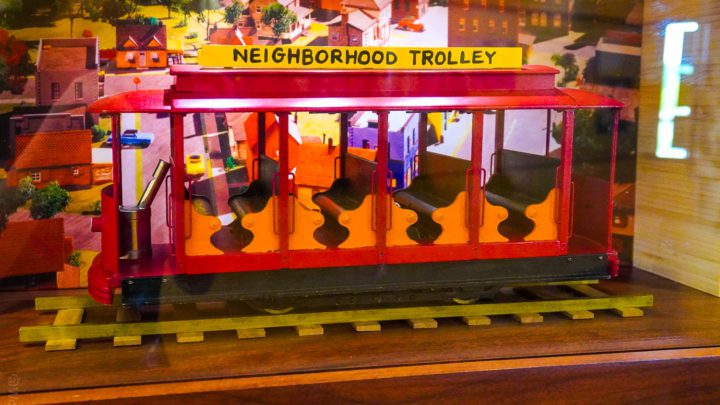 Fred Rogers spent much of his life in Pittsburgh and the nearby small town of Latrobe where he grew up. That town now has a charming museum where you can see the actual Daniel Tiger puppet and Trolley. 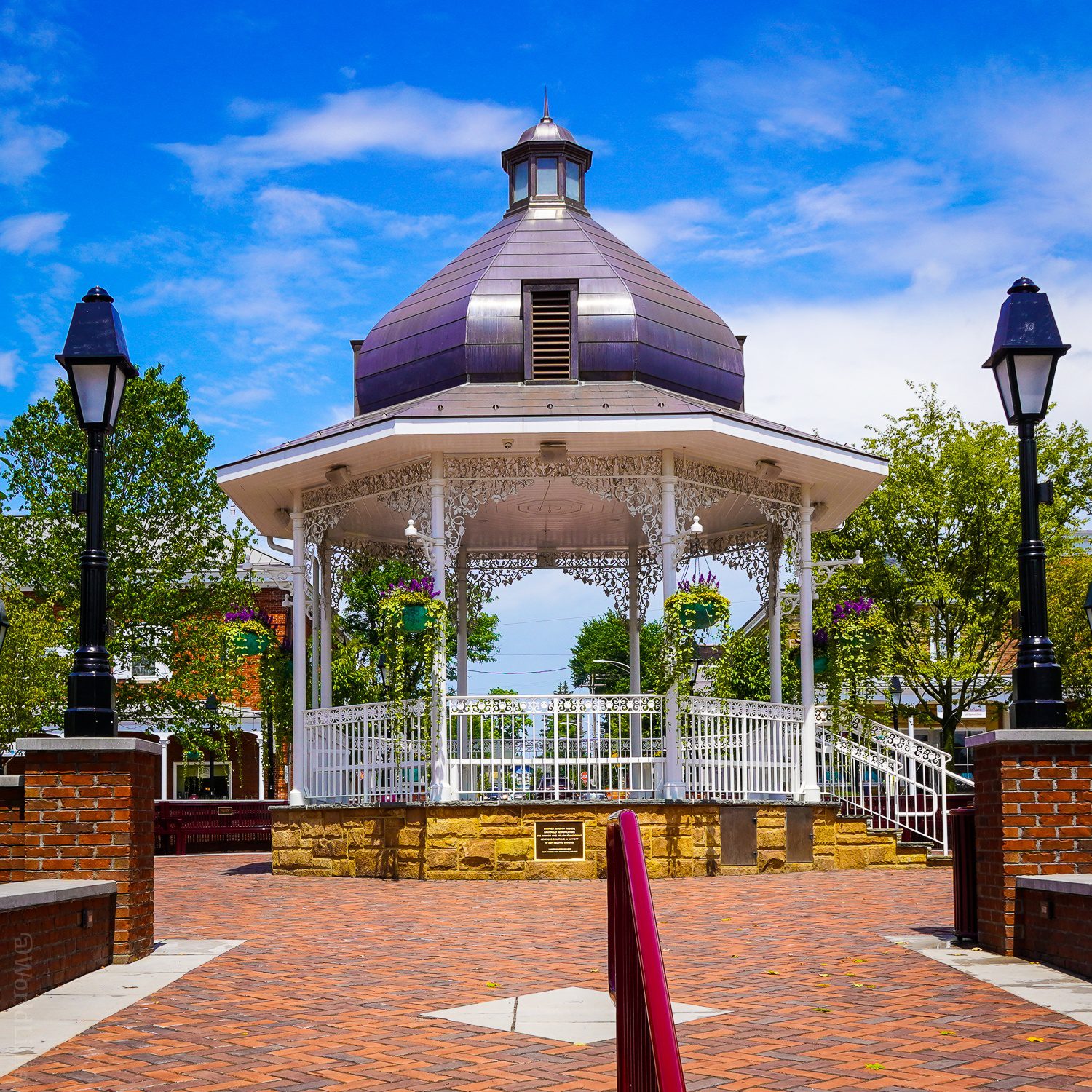 Why was Ligonier voted one of the best small towns in America? Take a stroll through the pretty streets (and "Diamond") to find out. 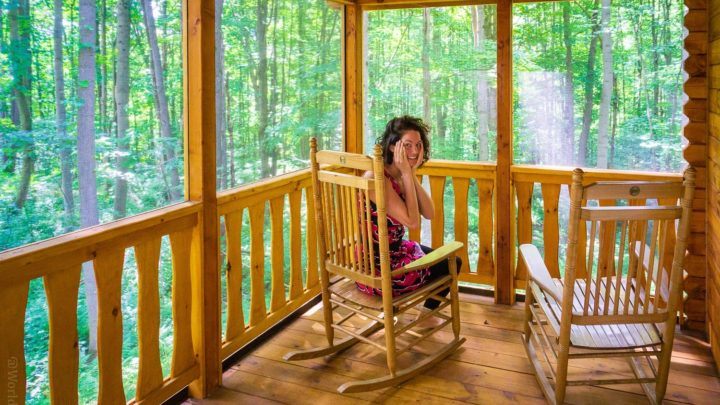 Want a romantic getaway or family trip where you have your own luxurious yet rustic building -- all to yourself -- in a beautiful forest? Check this place out. 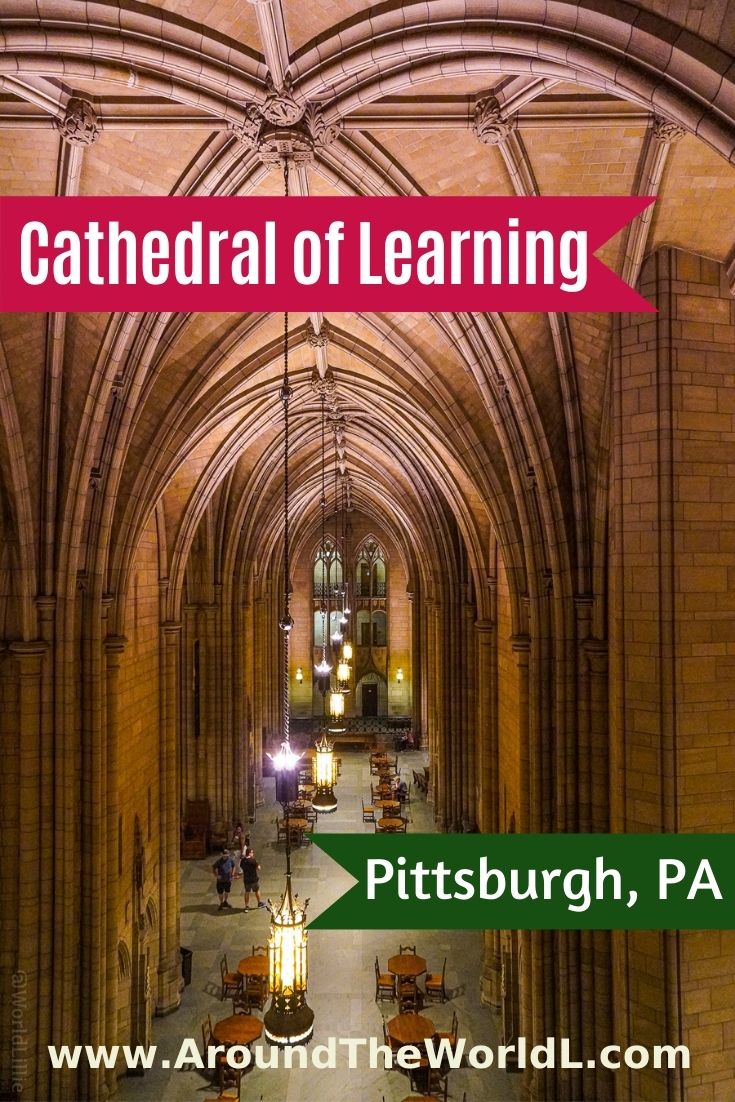 This cathedral is stunning, I could spend hours traveling around the world through these doors. I especially love the Armenian room.

I could spend an entire day touring an amazing building like this. I love the idea of the Nationality Rooms—especially that new rooms continue to ge proposed and funded!

It really is enough to entertain a person for hours.

What a beautiful building! A lovely detailed review.

Wow that cathedral is beautiful! I’d love to see it in person someday. Thanks for sharing these awesome photos and facts!

Hope you can go sometime soon!