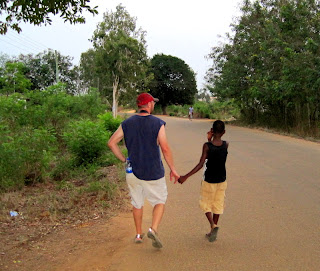 “Why do we feel so at home here in Ghana?” Dan and I have been asking each other.

Slowly it’s dawned on us: it’s not just that the people are amazingly friendly and kind, though that helps. It is that the echoes of our American culture are everywhere here in Ghana, because, we are now understanding, the echoes of Ghana are everywhere in America. Oh the power of the African diaspora!

Here are some examples of ties between our countries:

“Wait, are they playing Beyonce?” I asked as we passed a house vibrating with music. “No, that’s a Ghanaian artist,” Collins explained. 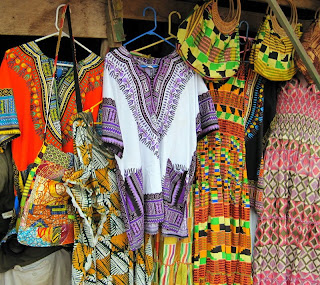 “Are they playing bachata from the Dominican Republic?” I asked, shocked to hear the exact same instruments and beat as that tropical style.

“Is that Akon?” I asked as we passed another musical swirl in the road, hoping to stay on top of the newest American releases while abroad.

“Is that Jamaican reggae?” I asked, certain this time that it was.

“Is that Tupac?” I asked in the taxi as the driver flipped on the radio. 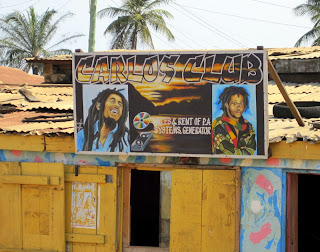 I had heard many times that the origin of many American musical styles is African, but I didn’t really get it until I found myself bopping familiarly to every song that has played here.

Some are the Ghanaian beats and methods that have transparently given birth to our current American R&B stars and Afro-Latin hits. Others clearly bear the mark of American innovation.

Mother Africa taught her musical child, the Americas, and as the child grew up, she has been able to contribute back to her dear Mother’s repitoire, while still continuing to learn from her parent! 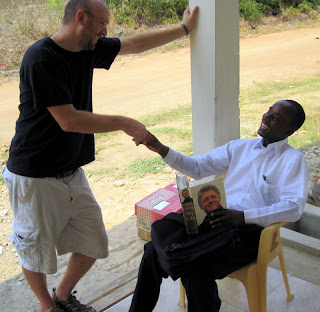 A major feature of African-American student culture is the “dap”, or elaborate and awesome handshake/hand-dance. In our school at Boston Public, we would try in our awkward adult way to keep up with the newest snaps and twists of the fingers, and even integrated a dap into our yearly Teachers Can Dance choreographed extravaganza.

How welcoming, therefore, it was to be greeted by each YCC staff member with a handshake that turned into a snap and twist of the middle fingers! Which came first: the West African awesome handshake tradition, or the African-American one?

So I am trying to learn the Ewe language! As Seth wisely explained the first day, “We love our language, and it would be a shame for you to stay three months and pick up none of it.” It’s hard but super fun. 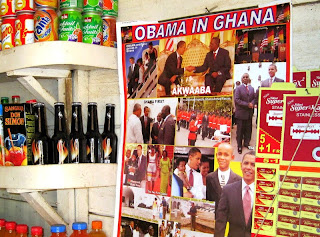 So far I know “Thank You” (akbe), about ten other phrases, and the fabulous response to “You are welcome here” and “Come eat”: “Yooooo.”

As I pick up the Ewe language structure, I begin to see the truth that Ebonics, also called African-American Vernacular English (AAVE) does indeed follow the organized rules of West African indigenous languages.

We did a ton of fascinating professional development on this last year, including the rationale behind valuing AAVE, and the power in teaching students to “translate” between AAVE and “Standard English.”

In one example of the AAVE connection, Ewe seems to not always have verb conjugations, which should be familiar to those who have heard AAVE sentences like: “She want a good teacher this year.” 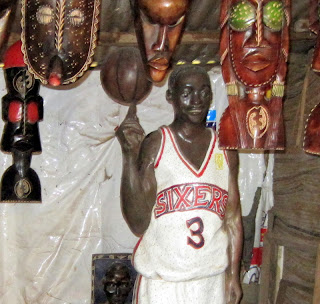 In terms of accents, there are also various connections with AAVE pronounciation, such as the “d” sound for “th-e” and “th-a”, as in “Put dat over dere.”

Again, as a clear effect of the African diaspora, the Ghanaian accent actually sounds a lot like the Jamaican lilt on first listen, saying “ting” in place of “thing,” which is always musical to hear!

I’ll be very curious to study and report on this further as the language learning continues.

Just as I was leaving the U.S., a New York Times article declared that African influence was the hot new trend in Western fashion. Indeed, who can resist the joyful yellows, reds, and blues of the zig-zagged kente cloth, and the curves and poofs of the tailoring? 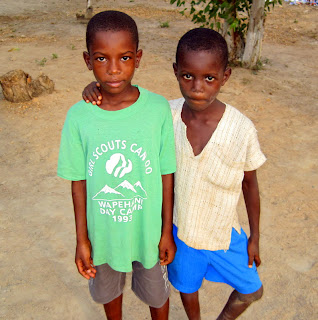 One thing’s for sure: I’m not leaving this town until I have a cute, bright skirt and a dramatic dress!

On the subject of art: do you like the hand-carved wooden sculpture of U.S. Basketballer, Allan Iverson, pictured above, nestled in amid the traditional Ghanaian masks?

5. Fascination with understanding the truth about each other under the myths.

Look carefully at the text that Wisdom is holding as he gives Dan a handshake in the photo above. Can you see what it is? That’s right: Bill Clinton’s memoir, “My Life”! And who is on the cover or John’s meeting notebook? U.S. President Obama! 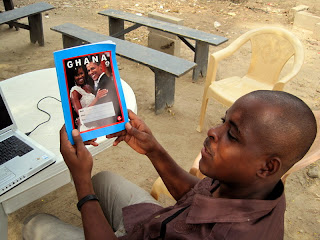 Now that we Americans are here in Sogakope, we are all pelting each other with questions, trying to understand the reality of each of our worlds.

Day by day, we’ll move closer to a full understanding. That’s the power of travel and conversation! 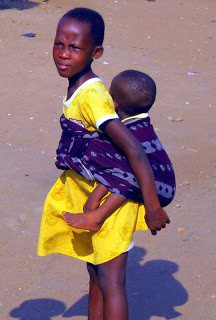 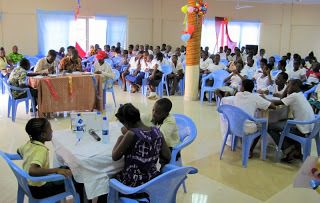 Ashley said... Hi Lillie, I am at my computer with Marla right now. Your blog is wonderful and it sounds as if you are having a lifechanging experience n Ghana. I am starting a similar project in Tanzania - Asante Sana For Education. When your done in Ghana maybe you would like to visit Tanzania. :) Ashley Washburn [email protected] www.asantesanaforeducation.com

Nomadic Chick said... It's amazing how interconnected we are. Many travelers tell me about the similarites rather than the differences. Cute post. I've added your blog to my links page, hope that's okay. Love reading your travels. :)

Thanks for your kind message! In fact, I was considering Tanzania, but I am going to have a little cash problem until I go home to Boston and teach summer school this July. Let's be in touch, and thanks for the offer!

Shoot, you can post my blog address on the outside walls of your house, if you want! I am ACHING for more readers (even though the ones I have now are oh so lovely), so please spread the site by any means necessary!

Luddy Sr. said... I'm afraid that if I stare at these photos and words long enough that "tears will come."

Thanks for snapping me and Alfred. I'd trade all 4,000 of my artsy pics for just that one.

Louisa said... Fascinating about the language learning and connections. Can't wait to read more about it.