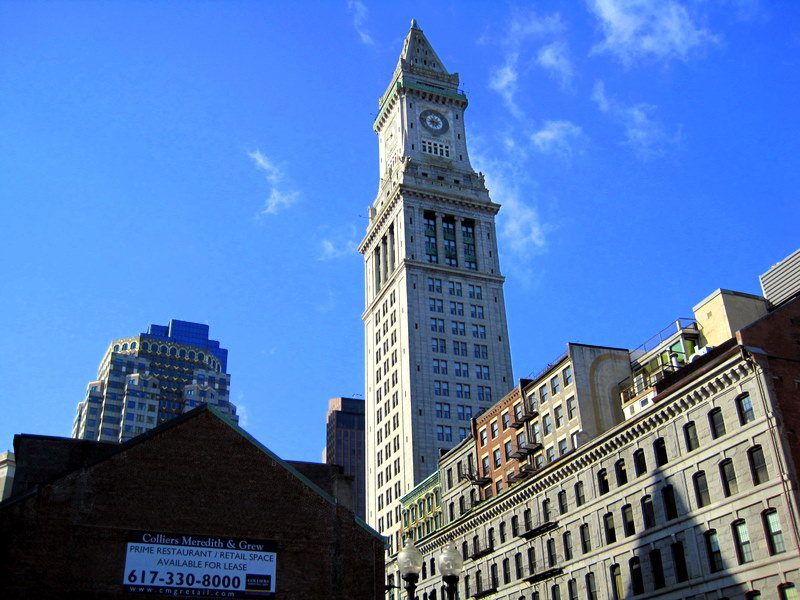 All right, so our chat about Boston architecture has taken a rather irreverent turn, with articles on the Un-Sexiest Building in Boston (about a building so infamous that a Bostonian friend currently living in the Dominican Republic said she knew what the article was about without even opening it), followed by a post on two Sexy-Ugly Buildings.

But let’s get back to pure beauty.

Gaze, my friends, upon Downtown Boston’s Custom House Tower! I got all the dirt on this beauty during the Context Walking Seminar I rocked out this past weekend, so here goes: 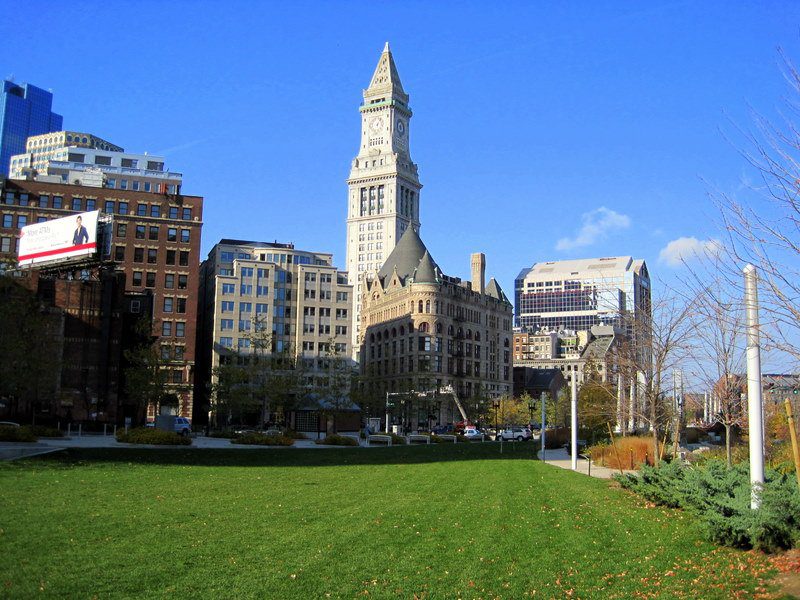 The Custom House is an Ivory guardian of Boston’s new Greenway! 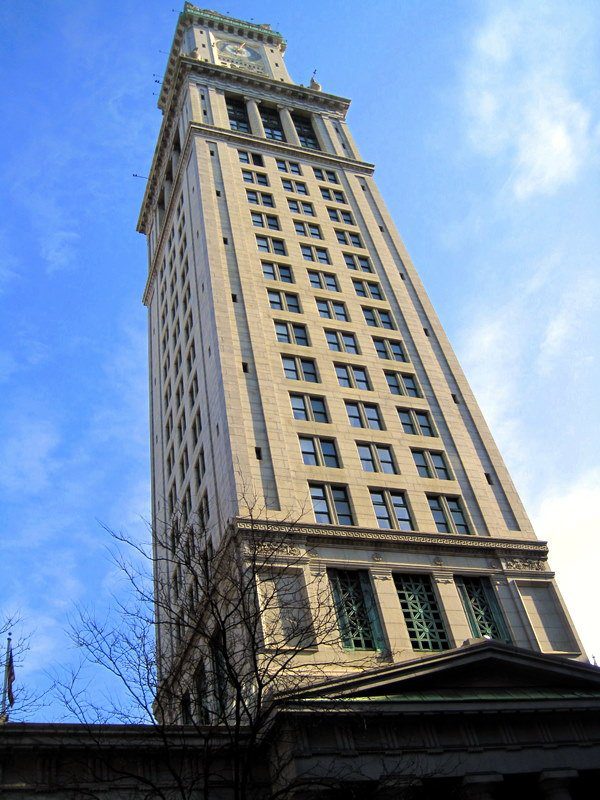 Ooo my, that’s a taller tower than you realize at first!

Whether you glimpse it peeking above Faneuil Hall while you shop, or gaze at it side by side with glassy skyscrapers in the skyline from the Harbor, or whether you stumble across it on your way from the Aquarium to Downtown (“What’s THAT?!” many exclaim, never having noticed it before), the Custom House tower really reflects Boston’s classy, educated spirit.

In a city with so, so, so many institutions of higher education, it’s only fitting that we have a prominent Ivory Tower in our skyline.

And now I’ll let you in on my newest goal: to find a way to stay in one of those fancy Marriott rooms at the top of the tower!

How cool would that be?

I love the buildings, but I like to take nature shots

I've lived in Boston for 13 years, but I never noticed this beautiful building before!

I think that Boston is the best city from what I know. I also think that every building is cool and interesting. Boston is an old city with great history that we can learn from them. I am glad that I live here. I just wish i could have time to go to China.

These articles that you have tittled ''Bostons Sexiest Buildings" always teaches me to appreciate the building of Bostons, that are usually taken for granted and I really appreciate you doing this Ms.Marshall.

This is a pretty large building.