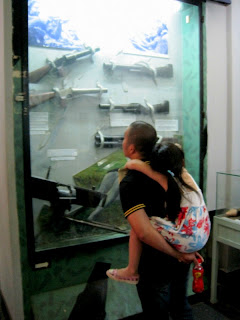 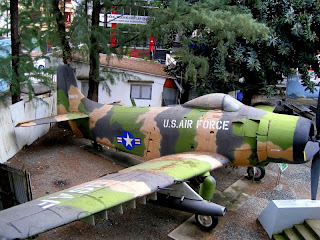 The Vietnam war slashed its knife through America. My parents marched in anti-war protests, sprinting from billy-club smashing police, and aching with frustration at the movement’s powerlessness to stop the conflict. My father became a teacher to avoid being thrown into the bloody battle overseas; others were tragically drafted and deployed. Even today, new Vietnam War films, books, and stories emerge each month. The Vietnam war is deep within us as Americans. 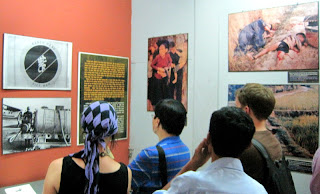 And yet, if WE are so deeply impacted, all the way on the other side of the globe, how much more affected is Vietnam, where the bombs actually exploded? 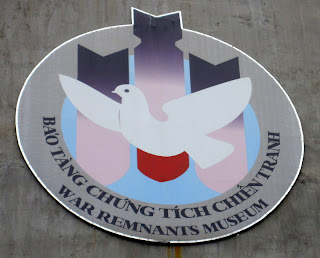 From 1959 to 1975, the war slaughtered 58,159 U.S. soldiers, 1.5 to 2 million Laotians and Cambodians, and 3 to 4 million Vietnamese, according to the Vietnam War Archive. The Vietnam “War Remnants Museum” in Ho Chi Minh City is a brutal reminder of this. 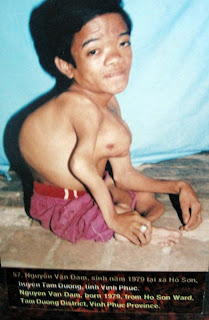 The museum was packed with Western and Asian tourists, but the halls were dead silent as visitors walked past the essays and haunting photos, each taking an emotional journey of their own. Which of these visitors actually served in the war, or experienced it from the Vietnamese side? For some, was this a personal pilgrimage to honor a family member? 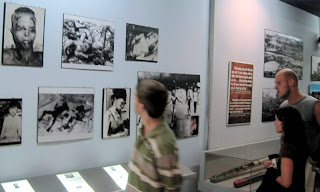 Upstairs is a photo-filled timeline of the conflict. Particularly disturbing was the following plaque: “On August 1964, the U.S. Army fabricated a story about the so-called “Gulf of Tonkin Incident”, falsely accusing the Navy of Vietnam of having attacked the U.S destroyer Maddox. This gave the U.S. Congress pretext for approving the “Gulf of Tonkin Resolution”, authorizing the U.S. president to “take all necessary measures to repel any armed attack against the United States.”

The echoes to the Iraq War and supposed “Weapons of Mass Destruction” are painful: lies leading to a senseless, brutal war. Downstairs in the museum are two galleries full of photos documenting the birth defects caused the 12 to 20 million gallons of Agent Orange the U.S. dumped upon Vietnam to kill the trees the “enemy” was hiding behind. The range of these deformities slap you; the museum even has a liquid tank which holds two and a half Agent Orange-mangled stillborn children. 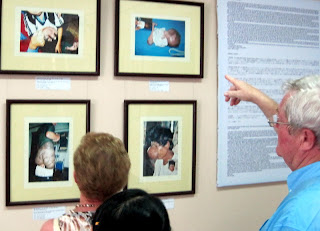 Then comes the wall about the My Lai massacre. In this 1968 atrocity, 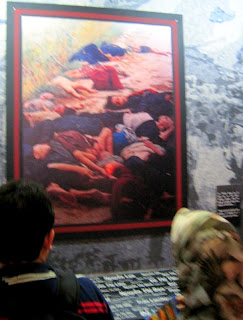 U.S. troops murdered 347 to 504 unarmed citizens in South Vietnam, most of whom were women, children, and elders. The museum has printed giant color photos of the mutilated dead bodies of the victims, and lists their names and ages.

I left the museum nauseous, crying for the victims, and outraged at the criminal foolishness of the war. The fighter-plane-filled courtyard was silent.

I reached the gates, wondering how Vietnam could ever erase the scars. 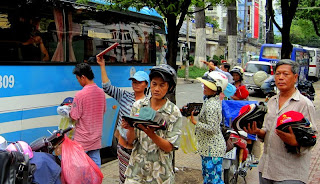 …And then suddenly life exploded all around me.

“Motorbike, miss?” “Hat, miss?” “You want a postcard? T-Shirt? Scarf?” I grinned at the horde of salespeople around the gates and tourbuses, and said with all the love I could muster: “No thank you.” By that I meant: “Long live the undying spirit of humanity, of regrowth, of reaching and rising!”

Tao Dan Park was drenched in a thick mist which wove through the palm trees and magenta flowers. And there it was again: Life. A wedding! Thirty children doing aerobics in front of a sea serpent-shaped hedge! A woman holding her mother’s hand as they walked down the path! Fifteen girls gathered around photos glowing from a laptop! Life. 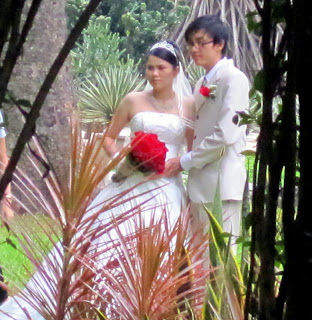 I shook my head in wonder at how a battle zone could rebuild one short generation later. How is that even possible?

And then I realized: to a lesser extent, all of us at Charlestown High School have been rebuilding a war zone.

In 1975 (exactly the same year the Vietnam War ended), Boston Public Schools were ordered to begin forced busing to racially integrate the schools. Charlestown High, a working class White Irish school, exploded in violence when the buses of Black students arrived. White adults hurled rocks and swears, teachers and students barricaded themselves in upper floor classrooms, desperately calling for police aid, and White mobs physically assaulted Blacks, even dangling a young girl out a window. The stories told by Val Shelley, a CHS employee since desegregation, make you sick to your stomach. It was a bloody war zone. 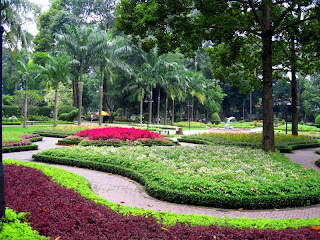 And yet recently, when our class read the chapters of “All Souls” that deal with racial busing in Boston, my students were shocked. “This used to be a White school?” asked Derrick in disbelief, looking out across the thirty-one Black and Latino students (with one Asian and one White girl). White flight had struck right after busing. “No way,” he said. 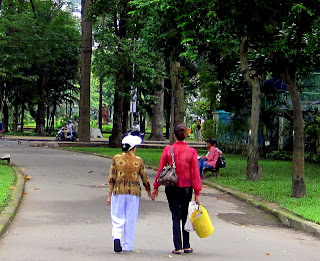 Our class read on about the violence and racial battles on the streets right outside our classroom, only one short generation ago.

Out of the corner of my eye I saw Courtney slip her pale white hand into Lorenzo’s dark one. “I don’t hate you,” she whispered with a grin. He squeezed her hand with a smile and replied, “I know.”

Previous Post: « Banh Xeo: The Heavenly Chicken Pancake
Next Post: How do you Choose Where to Stay? »